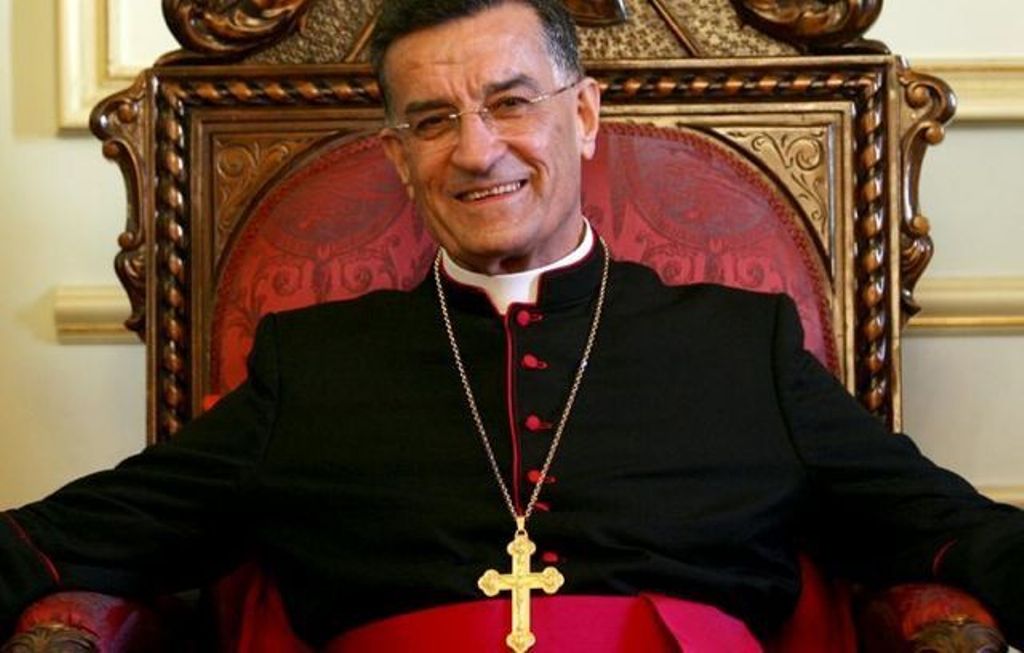 A delegation from Hizb ut Tahrir / Wilayah of Lebanon, headed by the Head of the Central Communications Committee, Dr. Muhammad Jaber, and members included Engineer Salah Eddine Adada, Director of the Central Media Office of Hizb ut Tahrir and the brothers: Salih Salam and Bilal Zaidan who are both engineers, and Dr. Muhammad al-Buqai, members of the Central Communications Committee, and a member of the party, Brother Ahmed al-Abdullah; by visiting the Patriarch Cardinal Mar Bechara Boutros al-Rahi at Tuesday noon, 28 Jumada al-Awwal 1442 AH corresponding to 12/1/2021 CE.

The delegation presented to the Beatitude the Patriarch and the attendees an open letter, with three main headings:

First: Islam and the Christians between Sharia texts and historical practice, in which he reviewed the relationship with non-Muslims, especially the People of the Book, the way Hizb ut Tahrir sees it from the texts of the Islamic law, and its practical implementation throughout history, by rulers, scholars and leaders of the Islamic State, which the party is following in order to achieve its goal of establishing a state of justice and guidance, the second Khilafah Rashidah (rightly guided Caliphate) upon the method of Prophethood.

Second: Hizb ut Tahrir / Wilayah of Lebanon, its activities and work, in which it presented the definition of Hizb ut Tahrir / Wilayah of Lebanon from the moment it was established there since the fifties of the last century, where the party distanced itself from civil wars, from corrupt power’s participation in governance, and to limit its work to the intellectual struggle and political struggle against the authority, it made the interests of the people of Lebanon and the region its priority, and steadfastness on its idea and its method by setting its sight on it, and the party based all this on the Islamic creed and Sharia law.

Third: Hizb ut Tahrir / Wilayah Lebanon, its view and vision for the Lebanese political reality, in which it presented the view of Hizb ut Tahrir / Wilayah of Lebanon as a political party that adopts the Islamic doctrine as the basis of its idea – the political situation in Lebanon, its opinion on the solutions presented, and its view of a radical solution to the issue of Lebanon in exchange for all the prosthetic solutions offered. All of this detailed in the open letter, which the delegation presented to the Beatitude Cardinal’s, and, Allah willing, it will be presented to the press and published on Hizb ut Tahrir’s official websites.  The open letter concluded with abbreviated points, which we summarize here as follows:

First: Inviting the Beatitude Cardinal to promote Islam based on the words of Allah Almighty: قُلْ يَا أَهْلَ الْكِتَابِ تَعَالَوْا إِلَى كَلِمَةٍ سَوَاءٍ بَيْنَنَا وَبَيْنَكُمْ أَلَّا نَعْبُدَ إِلَّا اللَّهَ وَلَا نُشْرِكَ بِهِ شَيْئاً وَلَا يَتَّخِذَ بَعْضُنَا بَعْضاً أَرْبَاباً مِّن دُونِ اللَّهِ فَإِن تَوَلَّوْا فَقُولُوا اشْهَدُوا بِأَنَّا مُسْلِمُونَ “Say:”O people of the Scripture (Jews and Christians): Come to a word that is just between us and you, that we worship none but Allah (Alone), and that we associate no partners with Him, and that none of us shall take others as lords besides Allah. Then, if they turn away, say: “Bear witness that we are Muslims.” [Al-i-Imran: 64].

Second: Not to stand as a stumbling block in the face of the completion of the personality of Muslims in Lebanon and elsewhere, the completion represented by the rise of the state of Islam in Muslim countries, including Lebanon, a state of justice and righteousness, a Khilafah Rashidah (rightly guided Caliphate) upon the method of Prophethood.

Third: Not to be drawn behind the wave of fear of political Islam, represented by Hizb ut Tahrir, and which is being fueled by a secular west that does not know any value for religion at all, whether it is Islam, Christianity or Judaism.

Fourth: The realization that Hizb ut Tahrir is a project of government and a complete system of life in all its political, economical and social aspects. Politics is seen as caring for affairs, and it cannot in any way be exclusionary as a party working to establish a state for all as it has been throughout the ages.

Fifth: To warn against the projects that the West promotes in Lebanon, after the shores of Lebanon are floating on huge oil and gas wealth, making Lebanon the focus of ambitions in its wealth, and also beware of walking in the American control of Lebanon, or the French quarrelsome, as an extension of the struggle over the great gas wealth in Eastern Mediterranean.

Sixth: Warning against being drawn into the political game that wants to burn the country and ignite discord among its people, by exploiting crises, in which we see that the majority of political parties are involved in.

Seventh: Be aware that if there is a transgression in the application that Islam desires, then this is considered an abuse in the application of those who offended only, and Allah Almighty will hold the offender accountable for his action on the Day of Resurrection, according to the text of the hadith of the Messenger of Allah ﷺ: «أَلَا مَنْ ظَلَمَ مُعَاهِداً، أَوْ انْتَقَصَهُ، أَوْ كَلَّفَهُ فَوْقَ طَاقَتِهِ، أَوْ أَخَذَ مِنْهُ شَيْئاً بِغَيْرِ طِيبِ نَفْسٍ، فَأَنَا حَجِيجُهُ يَوْمَ الْقِيَامَةِ» “Beware, if anyone wrongs a contracting man, or diminishes his right, or forces him to work beyond his capacity, or takes from him anything without his consent, I shall plead for him on the Day of Judgment.”

In conclusion, we can only thank his Beatitude Cardinal Mar Bishara Boutros Al-Rai for his acceptance of the visit and the good reception, hoping that this will be the door to an intellectual advocacy in the interest of Lebanon and its people, but rather the interest of the region and the surroundings.