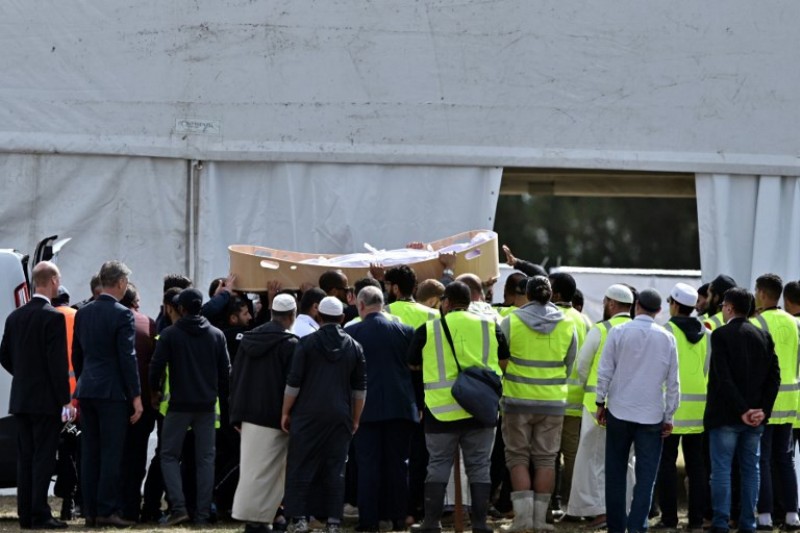 Hizb ut Tahrir / Wilayah of Jordan, participates with the Muslim Ummah its tragic and painful suffering of the fall of the martyrs and the wounded by the cold-blooded vicious terrorist attack during Friday prayers, carried out by a hateful Australian crusader and with the participation of others whose hearts were filled with hatred, hostility and malignancy against Islam and Muslims. We join the Ummah in its sadness, loss and anger following this sinful aggression that shook the emotions and anger of the Muslim Ummah throughout the world, in which 50 were martyred and 47 wounded, including a number of the sons of Jordan, and we offer our warm condolences to the families of the martyrs and the wounded, and ask Allah (swt) to accept them in the highest ranks in Jannah, and to heal the wound, and heal the breasts of the believers with the revenge of Allah – the Mighty and Compeller.

This killing of Muslims did not come from a vacuum, nor was it the case of a crazy individual. It is the barbaric war waged by the enemies of Islam in the East, and all levels of distortion, deception and intimidation of Islam committed by the colonial infidel West, i.e. Islamophobia, taking Islam as an enemy through some criminal acts by some groups which the Muslims had rejected and still do, and which the West had established, these have examples in the West – the terrorist leaders – in their war on Islam, such as Trump, Obama, Tony Blair, Bush, Sarkozy, Macron and Putin, and their only goal is to prevent the fall of their rotten secular capitalist, that has intellectually fallen. It is also feared that a state falls, and its influence is practically swept from the Muslim lands, if the Muslims established their State and political practical entity, that is the Khilafah Rashidah (righteous Caliphate), which they well know the consequence of striking its roots in the ground once again.

Australian Senator Fraser Anning wrote after the attack: “The truth is that Islam is not like any other religion, it is the religious equivalent of fascism,” which are the same words written on the Australian attacker’s page. Such statements and hostile and barbaric statements by dozens of Western intellectuals and politicians, inflated by the Western media outlets, is what distorts the image of Islam and prepares the general public in Western countries to exclude Islam from their thinking, what also helps them is the media blackout in the Muslim lands on the clear and pure ideas carried by the Islamic movements, led by Hizb ut Tahrir. Western leaders do not use the term “terrorist” and “act of terrorism” in their statements about this heinous crime, because the terrorist in the Western media is confined to Muslims and Islam. As for the statements of the Muslim rulers, they are disgusting, some of them denounced all kinds of terrorism and said that terrorism has no religion, in reference to not denying terrorism to Muslims, while others denounced the act despite being involved with the Russians in their massacres that they are committing…

Muslims would not have been subjected to this slaughter and degradation from the infidel West without any form of surveillance on the level of assault on their blood and money and wealth, if they had a Muslim Khaleefah who applies Islam and its provisions and spreads the divine values of Islam of justice and mercy, and be a shield who protects the Muslims and their lands, blocking the attacks of the Western colonial infidel, who roams freely in our lands without any surveillance, the Messenger of Allah ﷺ said: «إِنَّمَا الإِمَامُ جُنَّةٌ يُقَاتَلُ مِنْ وَرَائِهِ وَيُتَّقَى بِهِ» “Verily, the Imam of the Ummah is a shield, who the Ummah fights behind, and who protects the Ummah”, and on this day of Rajab Al-Muharram, specifically on the twenty-eighth of this month on which falls the anniversary of the destruction of the Caliphate, all we can do is to call unto you and work diligently for its return – a Khilafah Rashidah on the method of the Prophethood, with the workers of Hizb ut Tahrir, with its political awareness and legitimate understanding of the method of its establishment, the method of the Prophet ﷺ.