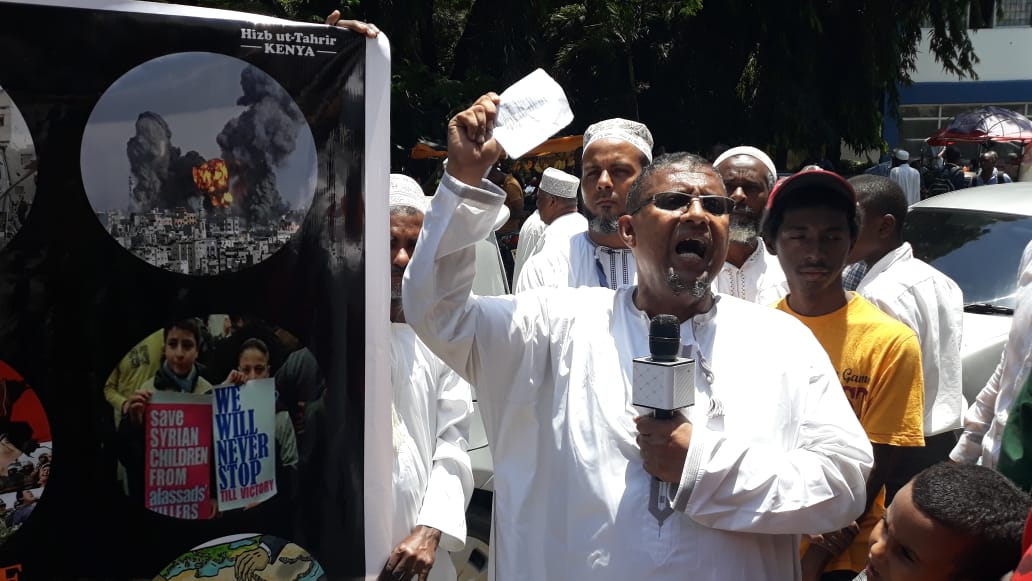 On Sunday, 31 March 2019, Hizb ut Tahrir / Kenya with blessings of Allah (swt) concluded its campaign under theme “Increased Cost of Living: Islam Is the Solution” that was officially launched on Sunday, 13 January 2019.

The objective of the campaign was to expose the role of colonial capitalism in furthering economic problems in general that continue to bedevil the nation of Kenya and the world at large. The campaign-involved series of events including Public Talks, Picketing, visiting the influential and engaging them with constructive discussion on matters affecting the Muslim Ummah. Throughout the campaign, we were able to present the Islamic solution in addressing economic challenges as a comprehensive ideology that has rules to tackle all problems facing humanity.

This campaign was one of the works of Hizb ut Tahrir in building public opinion by presenting a crystal economic policy derived from the unique Economic System of Islam that was practically executed for 13 centuries under the Islamic State of Khilafah (Caliphate). Throughout its implementation, the Ummah did not suffer economic shackles as experienced today in the greedy capitalist economy. Since the Ummah still lives under the clutches of corrupt capitalist economic system, that has plunged her into many economic miseries! We hope the Ummah has been enlightened and will redouble her efforts in working towards a radical change.

We supplicate to Allah (swt) to accept our deeds and yours and grant this Ummah a guardian and shield the Khilafah (Caliphate) on the method of the Prophethood. A Khilafah that will once again liberate humanity from economic machinations and other despicable evils by the implementation of the Islamic ideology and its systems including that of the economic system of Islam with its noble policy enshrined in it.