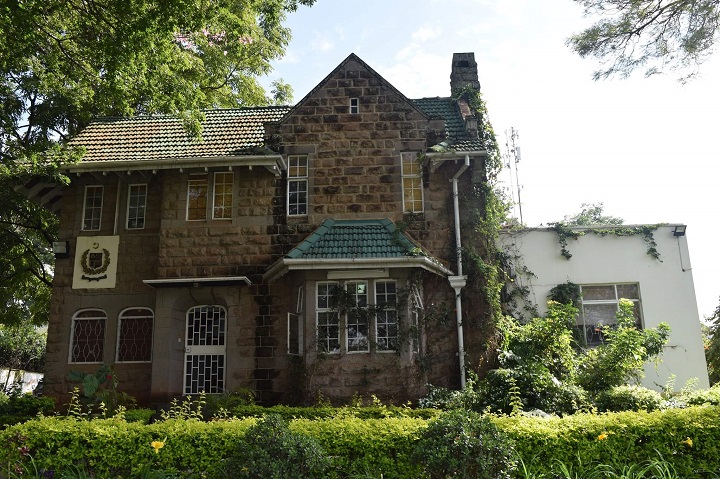 As part of the global campaign to put pressure on the Government of Pakistan and the generals of its army to release Naveed Butt reuniting him with his family, on Tuesday, 29 June 2021, Hizb ut Tahrir / Kenya sent its delegation to Pakistan Embassy in Nairobi.

The Delegation which was led by Media Representative of Hizb ut Tahrir / Kenya Shabani Mwalimu was accompanied by:

The delegation which arrived at the embassy 10:32 a.m. (EAT), met and spoke with Mr. Charles one of staff at the Embassy who promised to deliver three copies press statement in three languages Urdu, Arabic and English to the Ambassador.

The statement issued by the Director of the Central Media Office of Hizb ut Tahrir entitled: “A Call to End the Forced Disappearance of Naveed Butt in Pakistan”. The statement included a call to end the enforced disappearance of the official spokesman of Hizb ut Tahrir in Wilayah of Pakistan, Engineer Naveed Butt, who was abducted more than nine years ago by Pakistani intelligence and whose fate is unknown to this day. Successive Pakistani governments refused, since 2012, to disclose his whereabouts, and the situation has reached the extent that Pakistani intelligence has threatened his family to physically liquidate him if he does not stop his political activity in Hizb ut Tahrir.

The statement of the Central Media Office of Hizb ut Tahrir also included a call to the loyal officers of all ranks of the Pakistani armed forces: “Recite the noble ayah’s that accompany the emblems that decorate your shoulders. Remember the original combat doctrine of your army…”

The Central Media Office of Hizb ut Tahrir also addressed the members of the Pakistani diplomatic missions, saying: “You represent the image, reputation, history and status quo of the people of Pakistan to the world. Naveed’s enforced disappearance taints the reputation of justice in your motherland. We call upon you to take your part in stopping this embarrassment that the government has brought upon itself.” It also addressed every Muslim and every journalist to join the campaign of pressure on the Pakistani government. “We Call Upon You All: Come forth to take your part in this campaign to put pressure on the Government of Pakistan and the generals of its army to release Naveed Butt, reuniting him with his family. Allah (swt) said: