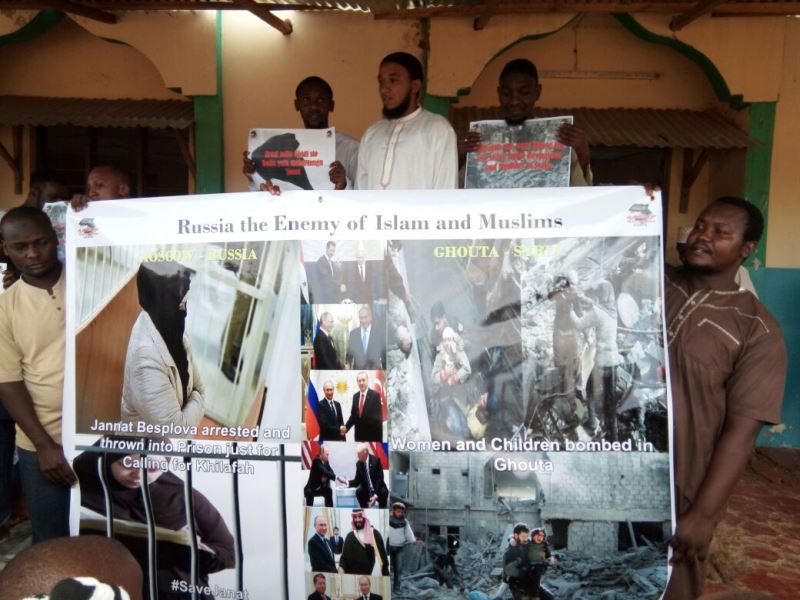 On Friday 13th April 2018, Hizb ut Tahrir in Kenya led the Muslim Ummah in the 97th Anniversary of the darkest event; the destruction of Khilafah (Caliphate) that left the Ummah as an orphan with no one to care of its affairs. The remembrance was done by conducting picketing after Jumua Prayers in major cities of Nairobi and Mombasa as well as other towns of Lungalunga and Kilifi.

The picketing was under the slogan: SaveJanat_SaveGhouta _ReturnTheKhilafah

Hizb reminded the Muslims that Russia’s enmity against the noble callers of the Khilafah is not new as it collaborated with Britain in destroying the Khilafah in 1924. Indeed the abolishment of Khilafah is the source of all humiliations and catastrophes befalling the noble Ummah globally as it lost its shield to whom the Prophet ﷺ mentioned him in his hadith: «إِنَّمَا الإِمَامُ جُنَّةٌ يُقَاتَلُ مِنْ وَرَائِهِ وَيُتَّقَى بِهِ» “Indeed, the Imam (Khaleefah) is a shield, from behind whom you fight and by whom you are protected.” [Muslim]

The picketing was part of the massive global campaign launched by the Central Media Office of Hizb ut Tahrir in the sacred month of Rajab 1439 AH. The campaign is aimed at reminding the Muslims to redouble their efforts in performing one of their great obligations rather the mother of all obligations i.e. re-establishing the Khilafah upon the method of the Prophethood. The remembrance comes at a time Muslims are suffering under the yoke of colonial capitalists who strive through the land to cause corruption therein and destroy crops and animals. Indeed this is the reminder for those who remember and who will understand that the re-establishment of the Khilafah is the real solutions to all political, economic and social evils. Truly, the believers will rejoice with the victory of Allah (swt) on the day when the Khilafah is re-established. 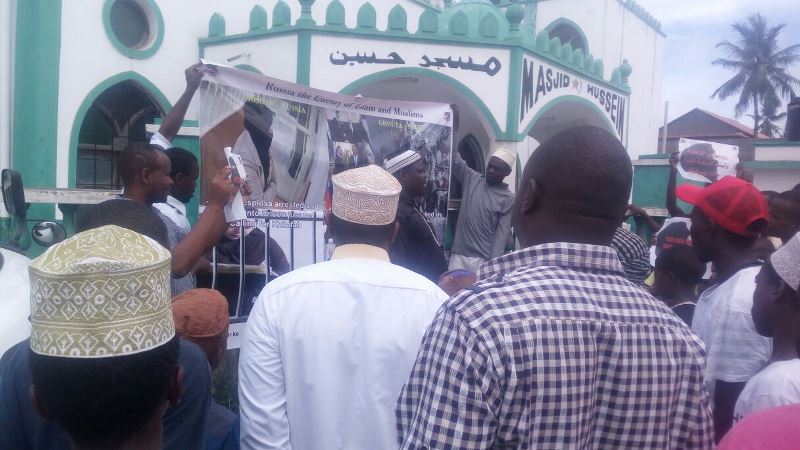 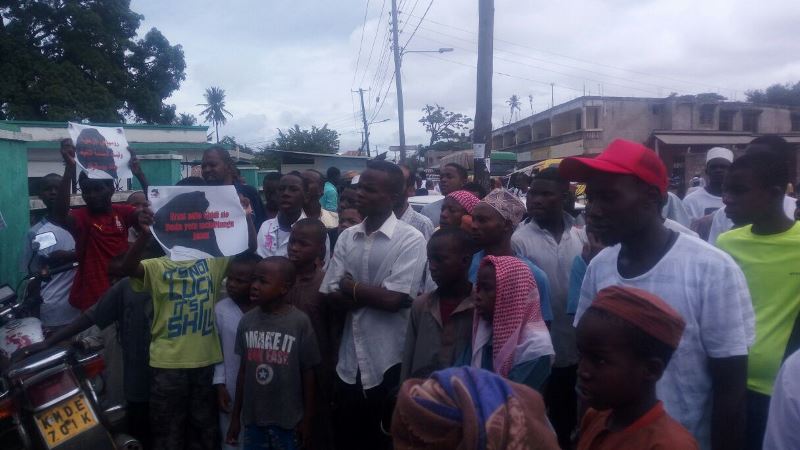