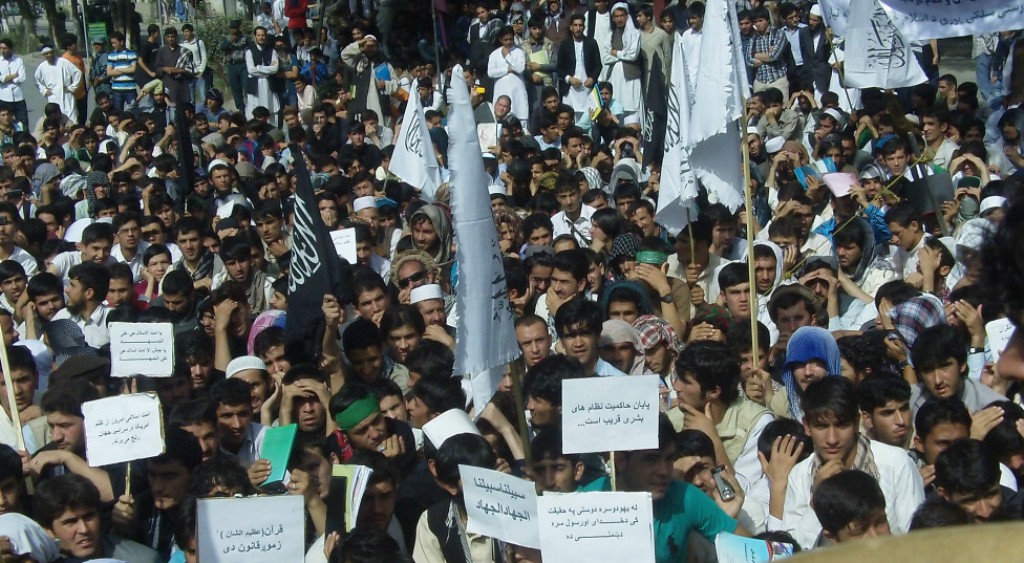 The European Eye on Radicalization (EER) recently published an article entitled “Hizb ut Tahrir: A Growing Threat in Afghanistan” on May 27, 2020. The author has criticized the inactive measures of the Afghan government for not preventing the call of the Hizb ut Tahrir, suggesting that the Afghan government needs to take the threat of the Hizb ut Tahrir more seriously because given the group’s growing influence in both rural and urban areas, the group will most certainly pose a significant threat to the government.

The Media Office of Hizb ut Tahrir in Wilayah Afghanistan considers the following points to be noted with reference to the written piece.

This handy piece neither looks like a research report nor does it appear as a journalistic article as it includes no citations, no references, and no quotations; hitherto, the author, by collecting incomplete and biased information has tried to warn of Hizb ut Tahrir’s so-called threat. If one intends to go through it, he/she can apparently notice how the author has made major mistakes even in very simple and rudimentary issues about Hizb ut Tahrir.

As a matter of fact, the author had written in the first line of the older version of his article that “Hizb ut Tahrir was founded in 1952 in Afghanistan” which he then rectified based on a different resource, referring to 1952 as the founding date of Hizb ut Tahrir as both resources incorrectly communicated the date of Hizb ut Tahrir’s establishment. In a different place, he claims that if the Hizb ut Tahrir’s peaceful activities fail, it will use force or jihad to overthrow the government. These two incomplete pieces of information at the beginning of the article prove how seriously the author has slipped in terms of communicating disinformation. However, Hizb ut Tahrir was founded in 1953 in Palestine whose approach of establishing the ‘Khilafah’ or the ‘Caliphate’ has been entirely based on ‘intellectual’ and ‘political’ struggles, and it rejects the use of violence or any physical means as the method of establishing the ‘Caliphate’.

Moreover, the author has made another stereotypical mistake by associating the Hizb ut Tahrir’s relationship with other groups, claiming that “Hizb ut-Tahrir operatives are working with ISIS, al-Qaeda, extremist groups in Pakistan and the Taliban in order to carry out political assassinations.” In fact, the claim of ‘political assassinations’ by Hizb ut Tahrir is another bigoted allegation against Hizb ut Tahrir as such affiliations are extremely far from the sacred struggles of Hizb ut Tahrir. Anyone with little information about Hizb ut Tahrir and its history of struggle would easily be able to disprove this claim. In contrast, Hizb ut Tahrir views the political and influential leaders of the Ummah as a valuable asset; that’s why, it regularly communicates with them the intellectual and political call to seek their support. Indeed, the author of this piece must ask for forgiveness from Allah (swt) for committing such a major mistake by carrying out incorrect accusations against the Hizb and the EER must apologize before Hizb ut Tahrir for publishing such an inappropriate and prejudiced article.

The author has written in another part of his article that “Critics of the group say that Hizb ut Tahrir works as the cultural arm of ISIS and other jihadist groups and is recruiting and fighting for ISIS in both Afghanistan and Syria.” This claim, like the previous one, is profoundly incorrect and contrary to the reality of the Hizb’s campaign around the world. Hizb ut Tahrir has begun its intellectual and political struggle since 1953 to bring about fundamental changes in the Islamic world, at which time no al-Qaeda, no Taliban nor did ISIS actually exist. Any claim of Hizb’s cooperation with ISIS and other jihadist groups is no more than a false accusation, stemming from the author’s lack of accurate awareness of the Hizb’s mission and methodology.

The only claim we confirm in this article is that Hizb ut Tahrir is growing in Afghanistan and it rejects all things it deems as un-Islamic, such as Democracy, the current political system and the Afghan constitution because Hizb ut Tahrir perceives the root causes of the prevailing turmoil are due to the ‘presence’ of the US and the Western regimes in the country.

Today, the Muslim and Mujahed people of Afghanistan have very well realized who really is a serious threat to Afghanistan: Hizb ut Tahrir or the American occupation and its European allies? In point of fact, the real and heinous face of Western terrorism has been revealed which has not only caused Afghanistan to turn into ‘land-of-caskets’ over the past two decades, but also jeopardized the values, sanctities, privacies and assets of the people.

The growing graph of people’s hatred against the Western occupation and its puppets as well as the increasing level of Hizb ut Tahrir’s remarkable acceptance in Afghanistan clearly defines who the people think are the real threat? As far as the facts reveal that the Ummah embraces and strongly supports the Hizb ut Tahrir. Because neither Hizb ut Tahrir seeks to cause unrest in the society nor does it want to overthrow governments only; rather, Hizb ut Tahrir strives for the sanity and prosperity of the Islamic Ummah both in this world and the hereafter by establishing the ‘Caliphate’, implementing and carrying Islam to the world, as this has been clearly proven to the Ummah in the course of years.