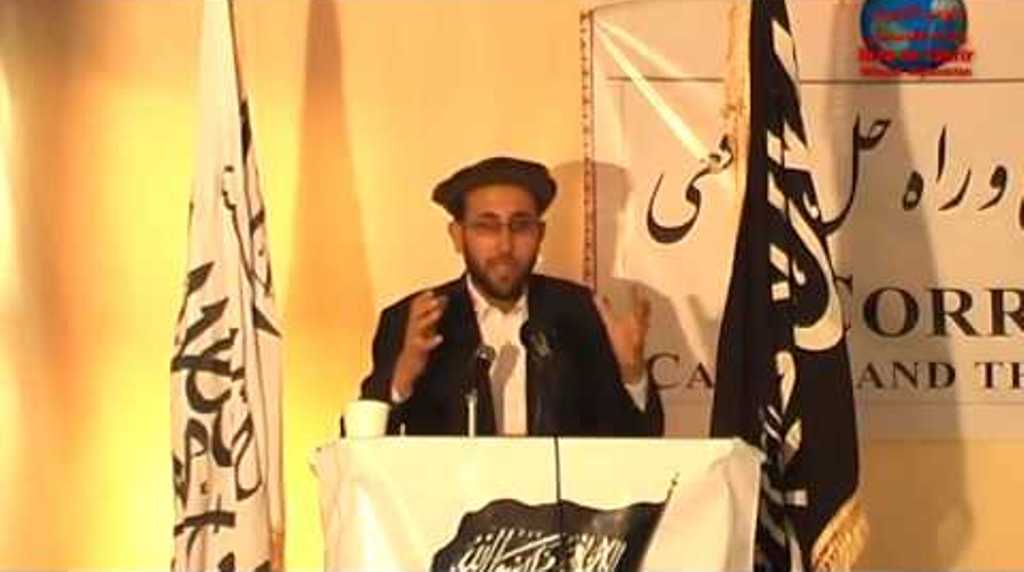 Rahmatullah Nabil, one of the presidential candidates and a former director of National Directorate of Security (NDS), during a press conference on the elections impasse on Thursday stated that, “The matter of ISIS is getting more serious …  organizations and parties that carry anonymous titles have been making their position very clear nowadays. The threat of Hizb ut Tahrir has increased in several provinces of Afghanistan, and it has also extended its tendencies towards ISIS.”

– Today, the Muslim and Mujahed people of Afghanistan, including sincere scholars, tribal influential, political leaders and youth recognize Hizb ut Tahrir throughout Afghanistan, and they are aware of its programs and also have sound connections with members of Hizb ut Tahrir because Hizb ut Tahrir is coming from none other than the sons and brothers of Mujahedeen of Afghanistan. Therefore, neither this party nor its members are mysterious and anonymous!

– Hizb ut Tahrir is tirelessly working to lead the Islamic Ummah, including the Mujahed people of Afghanistan, towards prosperous life both in this world and the hereafter. Therefore, Hizb ut Tahrir has never been a threat to the Muslim people of Afghanistan, but in reality, it is the plan less and shallow-brained politicians, who have connections with foreign countries and intelligence agencies, who have repeatedly happened to harshly jeopardize the people’s beliefs, sanctuaries, homes and properties.

– Hizb ut Tahrir had already made its position clear against the mysterious group of ISIS since its inception in the Middle East in 2014 calling it an agenda conspired by the enemies of Islam and the Muslims – as for the time being, this fact has become apparently visible to the entire world. Therefore, accusing Hizb ut Tahrir of having tendencies toward ISIS reveals nothing but the blatant political ignorance of shallow-minded politicians.

The Mujahed people of Afghanistan have witnessed that Rahmatullah Nabil had constantly failed to stop the struggles of Hizb ut Tahrir for the unity of the Ummah and the reestablishing of Khilafah (Caliphate) in Afghanistan – he even arrested and tortured a large number of Dawah carriers, especially Hizb ut Tahrir’s members during his tenure as the Chief of National Directorate of Security. Now, as a result of scandalously corrupt democratic elections, he is completely filled with severe disappointment which left him nothing but to conceal his political failure through accusing the sincere and awakening party of Hizb ut Tahrir.