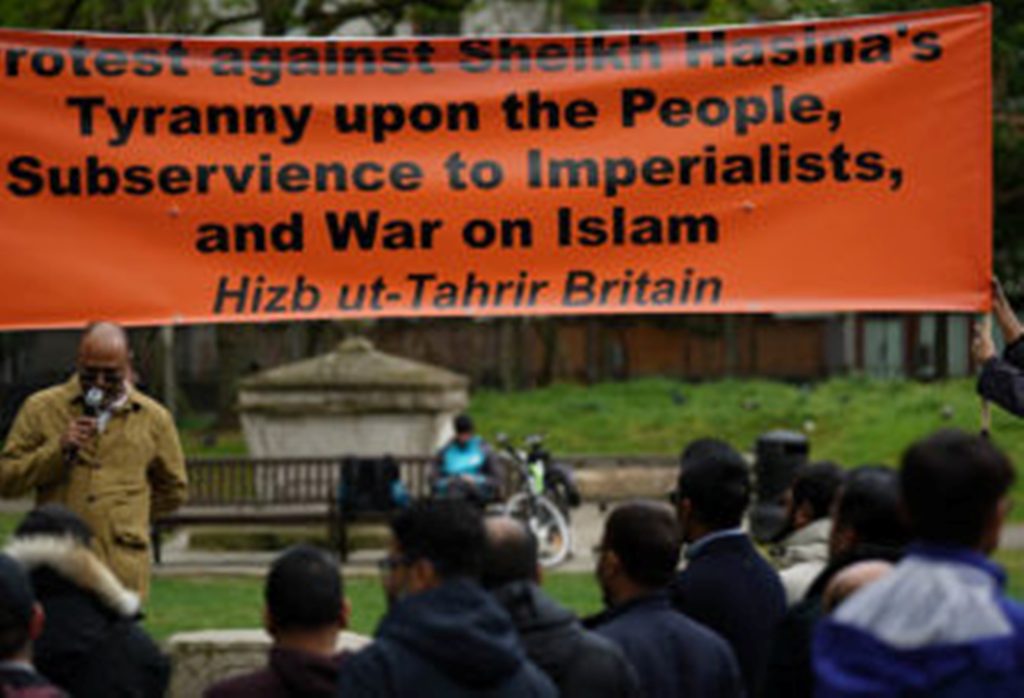 Hizb ut Tahrir Britain organised the protest today after Dhuhr prayers at Altab Ali park in Whitechapel London, as the Prime Minister of Bangladesh Sheikh Hasina is on an official visit to the UK since Wednesday 1st May 2019. Dilwar Miah and Mahbub Zaman addressed the gathered crowd on behalf of the party.

The speakers highlighted the tyranny of her so-called democratic regime and brutal suppression of the people’s demands for their legitimate rights, as seen from the recent example of ruthless crackdown on student protests. The speakers also exposed the regime’s conspiracy against the country and subservience to the imperialists particularly India and the US. The Pilkhana massacre was carried out at the behest of the imperialists and subsequently this regime has been following an open door policy of allowing the colonial powers to establish and consolidate their hegemony over the country’s military, as well as its politics and economy.

The Hasina regime’s trademark has been the war on Islam and Muslims: killing of the Ulema in Mothijeel Shapla Chattar, banning Hizb ut Tahrir and the call for Islamic rule (Khilafah), imprisonment of the political activists for the Khilafah (Caliphate), complete and utter failure to aid and protect the Rohingya Muslims, and more.

The speakers said it is a duty on the people to speak out against the heinous crimes of this regime and to tirelessly work for establishing the Khilafah in Bangladesh. Only Islam can liberate the country from the clutches of the colonial powers. Only the Khilafah upon the method of the Prophethood will look after the affairs of the people according to Islam, protecting them from misery in this life and the next, instead of suppressing the rights that Allah gave to all people.