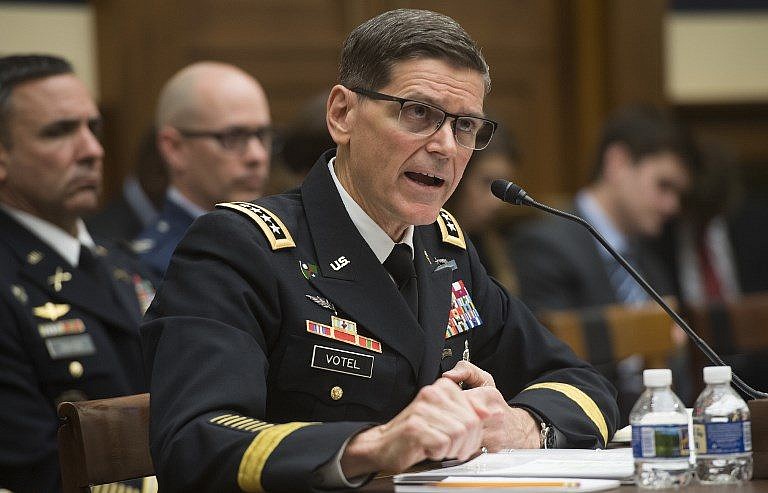 Without facilitation from Pakistan, the US is doomed to exit from Afghanistan. Using both praise and pressure, US officials urge Pakistan to rescue it from completely withdrawing from Afghanistan by facilitating the so-called Afghan Peace Negotiations. During a Congressional hearing, Commander of the US Central Command General Joseph Votel told the members of the Senate Armed Services Committee on 5 February 2019, “We look to regional actors such as Pakistan to cease behavior undermining regional stability and play constructive role in achieving peace in Afghanistan, as well as the whole of South Asia.” He also pointedly added, “With our strategic focus on reconciliation and regional security, Pakistan has a unique opportunity to make good on its promises of support to US efforts focused on finding a negotiated settlement to the Afghanistan conflict.”

From seven seas away, the US has always critically depended on Pakistan as its local facilitator for its misadventure in Afghanistan. Pakistan was critical for facilitating a secure and open line of communication for the US military invasion. Pakistan facilitated the American war effort by providing air corridors, air bases, intelligence and supply lines. As Afghan resistance flared up, Pakistan then facilitated the establishment of a vast US intelligence and private military support network on its territory. The US returned the favor by using that network to orchestrate a covert war within Pakistan’s borders, with the help of India, to extract more facilitation from Pakistan.

Then when the Afghan resistance began to make considerable gains against the US, Pakistan facilitated the US through military operations in the tribal areas to end cross-border attacks on US, NATO and Afghan forces. As the gains of the Afghan resistance continued, Pakistan facilitated the US with the construction of a heavily fortified wall on the Durand Line for safeguarding US and its allies in Afghanistan. As the US is now on the verge of a humiliating complete exit from Afghanistan, Pakistan facilitates her yet again by securing talks between the US and the Taliban to provide a political deal that will secure for the US a permanent stay within Afghanistan, with bases, private military contractors and regular troops.

So the “Afghan peace talks” will not decrease the growing Indian influence in Afghanistan, they will cement it. Talks will not reduce the threat to Pakistan from US forces rather they will consolidate their presence in Afghanistan, when they are on the brink of leaving. Talks will not allow Pakistan to increase its deterrence rather they will provide the US breathing space to arm India to its teeth. In its Missile Defense Review (MDR), the US pledges to enhance its Ballistic Missile Defense (BMD) cooperation with India. The DNI’s Global Threat Assessment Report (GTAR) has shown in no uncertain terms that America considers Pakistan as its enemy. In addition, India is being given access to high tech defense and nuclear technology via technology control regimes such as Missile Technology Control Regime (MTCR), Australia Group (AG) and Nuclear Suppliers Group (NSG) and bilateral defense and logistics agreements.

Facilitating a major power in a military alliance is a one sided affair, with benefits for the major power and losses for its obliging ally. The US-Pakistan alliance is no exception and never will be.  Islam changes the rules of the game, refusing to abide by the colonialist rules. Islam rejects military alliance with other powers and instead focuses the state on becoming not only a major power, but the leading state in the World. It demands the state becomes industrialized so it is self-sufficient in weaponry. It rejects interest based loans with conditions, in favor of mobilizing immense local resources for a strong, independent economy. It rejects Westphalian nation state restrictions, which were originally conceived to contain the Khilafah’s relentless expansion. So the Islamic Khilafah State, upon its return, will focus on the unification of all Muslim Lands. It really is time for the Khilafah (Caliphate) on the Method of the Prophethood.