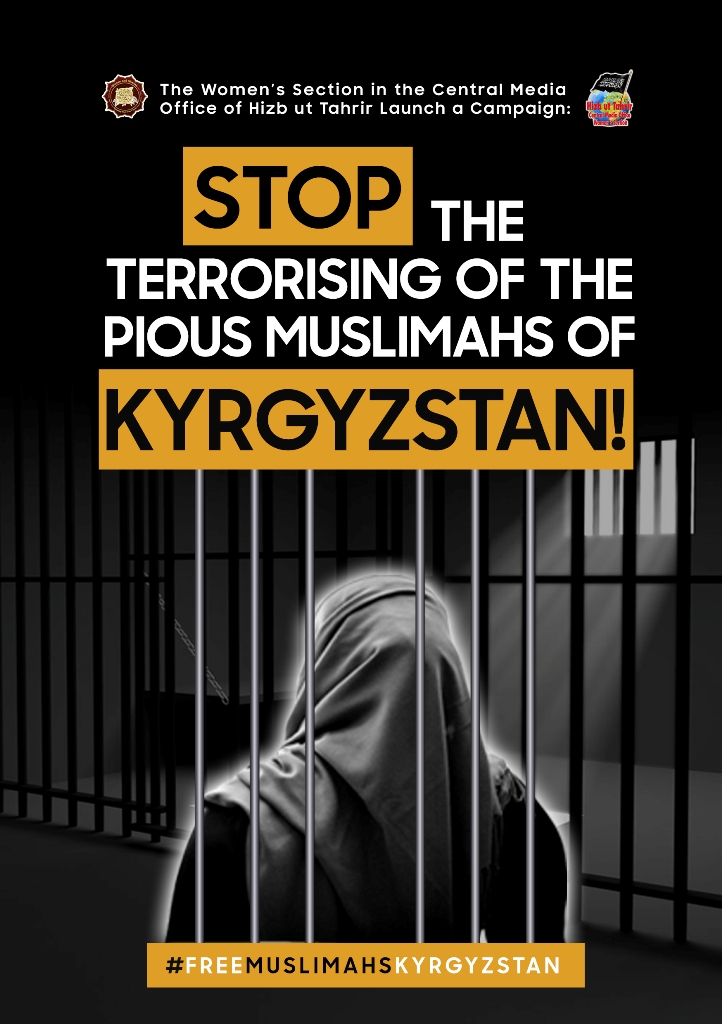 The arrest of several Muslim women activists in Kyrgyzstan under the guise of extremism and radicalism seems to be an old trend developed by Kyrgyz Muslim rulers once again, just like their fellow dictators in Uzbekistan and Kazakhstan.

No different from the other Central Asian regimes and other dictators, since 2010 the Kyrgyz government has issued a new law that restricted any religious activities within the country. Many believe that the law was deliberately enforced by the government as an attempt to impose its view on a particular religion on society, and its target is none other than the Muslim community. This law which was recently passed obliges religious groups, whether legal or not, to register their organizations. The law also prohibits the distribution of any kinds of religious literature, printed or audio or video recordings, in public places, schools, and higher education institutions.

What happens in Kyrgyzstan is not a new case, rather it’s still intertwined in the pattern of despotism that characterizes Central Asian regimes. The Central Asian region consists of Kazakhstan, Kyrgyzstan, Tajikistan, Turkmenistan, and Uzbekistan, and 55 million of 66 million populations are Muslims. We know that the Muslims in Central Asian have experienced mountains of discrimination and brutal persecution during the Soviet era until today. After the collapse of the Soviet Union, the geopolitics of Central Asia was stifled to be several new countries with despotic tyrannical regimes in the region, which are indeed the legacy of the remnants of the brutal Soviet Communist party colonialist. These tyrants are former Communist strongmen who had been in power for a long time. They have continued to seek to silence the da’wah of Islam and its activists, in the name of security stability, and that has had been paid dearly. Brutality is the price. It is well-known that the dictatorial regimes of the Central Asia region still adopt Communistic measures in dealing with the rise of Muslims.

Central Asian countries ruled by dictators are all belonged to the regional organization SCO (Shanghai Cooperation Organization). SCO is an intergovernmental organization in the Asian region whose members are the People’s Republic of China, Russia, Kazakhstan, Kyrgyzstan, Tajikistan, and Uzbekistan. Except for Uzbekistan, all other countries were previously members of the Shanghai Five founded in 1996. SCO was declared on June 15, 2001, after Uzbekistan joined. This organization fosters cooperation between countries in the fields of national borders, economy, energy, and culture. Many argue that this organization is a counterweight to the power of NATO and the United States. SCO is also actively issuing initiatives to combat Islam and Muslim activists in Central Asia under the guise of terrorism.

This madness against Islam and Muslims is actually rooted in the Russian paranoia of the Khilafah (Caliphate). Vladimir Putin, expressed this very clearly in a documentary that was recently released in Russia. He declared, “They will create the Khilafah (Caliphate) from Southern Europe to Central Asia”, – replied Putin (2017). “It is the greatest danger”. Putin has continued to affirm his position in leading the fight against Islam under the banner of the SCO and pressing down the Muslim leaders in Central Asia including Kyrgyzstan. On June 14, 2019, the SCO Council convened in the capital of Kyrgyzstan, Bishkek, and delegations of its member countries met to discuss regional issues, especially economic and security issues. Russian President Vladimir Putin, who attended and directed the summit, emphasized the need to fight (terrorism and extremism) under a partnership with countries in the region and to fight together. It should be noted that during the summit, Kyrgyz President Sooronbay Jeenbekov and Russian President Vladimir Putin whispered to each other in private behind the door.

The pattern of despotism in Central Asia is a combination of the remnants of the Communist ideology and the secular interests of Capitalism today. It is clearly shown by the cooperation of the SCO, Russia’s dominant role, with China on its side. Regimes in Central Asia have declared war on Islam and Muslims for years under the guise of “war on terrorism”, and have not hesitated to arrest Muslim women. This pattern seems to have inspired other Muslim countries such as Indonesia, which adopt a similar pattern by taking measures of systematic criminalization of what they call ‘symbols of radicalism’.

All the Muslims in Central Asian and in the rest of the world should strive for the re-establishment of the second Khilafah as the real authority for the Ummah of Muhammad ﷺ. In order to end these tribulations, they need to end their support for tyrannical rulers like Jeenbekov and the despotic Russian puppet regimes, through re-establishing the Khilafah as their true shield.

“Indeed, those who disbelieve spend their wealth to avert [people] from the way of Allah. So they will spend it; then it will be for them a [source of] regret; then they will be overcome. And those who have disbelieved – unto Hell they will be gathered” [8:36].