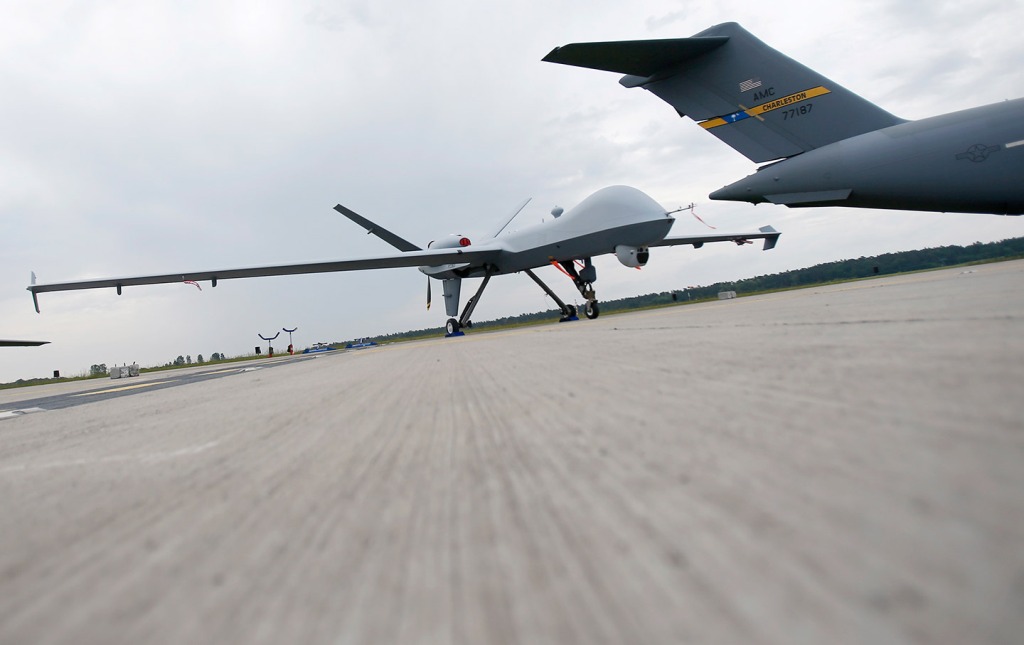 A U.S. international coalition drone carried out an air strike on a gathering of military and civilian leaders in the village of Jakkara near the Syrian-Turkish border town of Salqin in Idlib province, killing dozens of them.

This is not the first time that leaders of the military and civilian factions that had gone out against the American agent, the tyrant of ash-Sham, it was preceded by a large scale of individual and mass assassinations, including the assassination of dozens of leaders of the first and second ranks of the Ahrar al-Sham movement in the town of Ram Hamdan in 2014. This was followed by the bombing of a training camp for Fatah al-Sham in 2017, followed by a massacre in a mosque in the village of Al-Jinah in the same year, and many others, not to mention the many individual assassinations of unsatisfactory leaders from the various factional system.

It has become known to everyone that the American coalition aircraft that carry out these operations are launched from the Incirlik Base on Turkish territory, and thus the Turkish regime is a partner in the crimes committed by the American planes that are spiteful against the revolution of Ash-Sham and its people.

It became clear that the association of the factional systems with the so-called supporting countries, foremost of which is the Turkish regime, made it vulnerable to penetration at high levels, as the movements of leaders, places of ammunition depots, and the number of elements for each faction and their arming are exposed to them, which made it easier for the “supporting” countries to significantly carry out many assassinations, bombing of the camps and destruction of warehouses, and this indicates the danger of this association and the extent of the reluctance of those associated with lives and weapons, and that they cannot be entrusted with the revolution of Ash-Sham, especially with the insistence of those associated to maintain suspicious relations with the intelligence of the so-called supporting countries.

There is no doubt that the assassinations, although they are military in nature, they seek to achieve political goals that would pave the way for the implementation of the American political solution and impose it on the revolutionary people of Ash-Sham. There is no doubt that the absence of the Khilafah Rashidah (rightly guided caliphate) State on the method of the Prophethood that protects the Muslims made their blood, money and honor violated, not only in the blessed land of Ash-Sham but in all Muslim countries, so it was necessary to sever relations with the countries that support and restore the stolen decision and to work seriously and sincerely; relying on our Lord and dependent upon ourselves to achieve the goals of our revolution by toppling the criminal regime and establishing the rule of Islam, so that Muslims have a state and an imam behind who they fight by whom they are protected.

Allah (swt) says: يَا أَيُّهَا الَّذِينَ آَمَنُوا اسْتَجِيبُوا لِلَّهِ وَلِلرَّسُولِ إِذَا دَعَاكُمْ لِمَا يُحْيِيكُمْ وَاعْلَمُوا أَنَّ اللَّهَ يَحُولُ بَيْنَ الْمَرْءِ وَقَلْبِهِ وَأَنَّهُ إِلَيْهِ تُحْشَرُونَ “O you who have believed, respond to Allah and to the Messenger when he calls you to that which gives you life. And know that Allah intervenes between a man and his heart and that to Him you will be gathered” [Al-Anfal: 24]