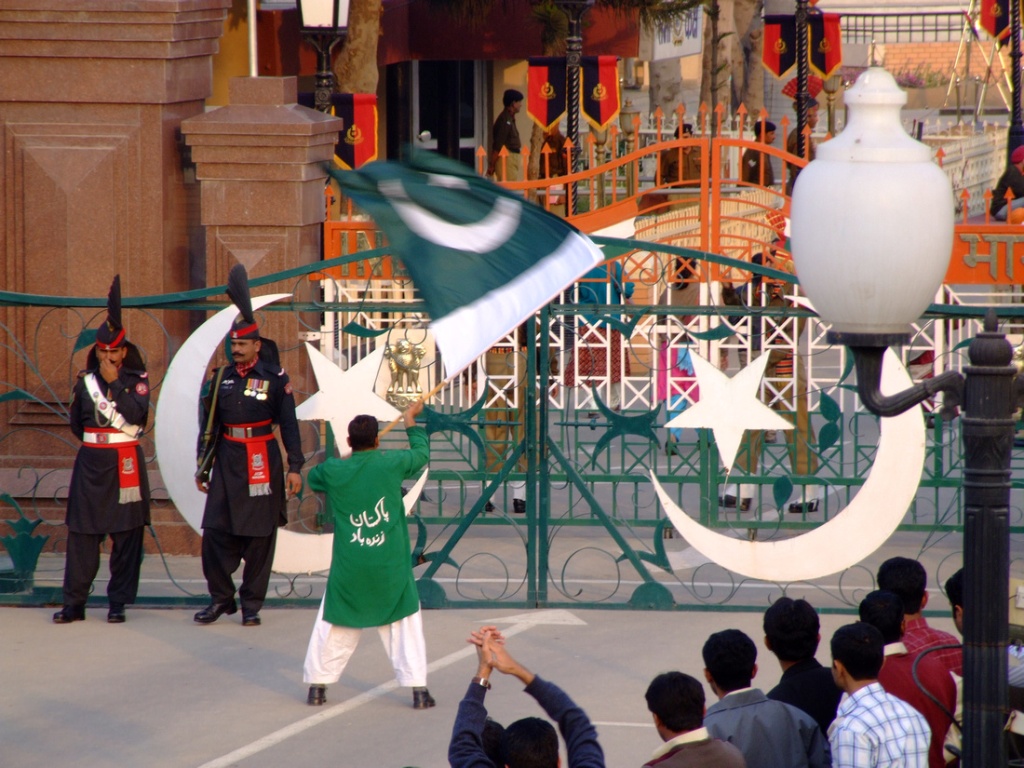 On the very same day that Pakistan’s Prime Minister declared, “The martyrs of 13 July 1931 were the forefathers of today’s Kashmiri resistance,” Pakistan’s Foreign Office announced that Pakistan will allow Afghanistan to send goods to India using the Wagah Border from 15 July 2020. So even whilst praising the Muslims of Kashmir for their patient resistance against India, Pakistan’s rulers stabs them in the back by bolstering India’s regional influence through increasing its trade ties. Indeed, since 5 August 2019, when Modi forcefully annexed Occupied Kashmir, Pakistan’s rulers have facilitated the Indian occupation through hardening the Line of Control with Occupied Kashmir to starve the Kashmiri resistance of all support in its greatest hour of need, whilst softening borders with the Hindu State through “normalization” to bolster its regional influence.

The current rulers of Pakistan feign loyalty to Islam and Muslims, whilst being loyal to the United States which insists that Pakistan facilitates the regional rise of India, to confront China and the Islamic revival. They tweet indignantly about Indian atrocities, whilst preventing our armed forces from crossing the Line of Control to liberate Occupied Kashmir. They plead that the economy of Pakistan is too weak to allow war, whilst expanding Indian regional influence through expanding its trade ties, instead of imposing sanctions to starve it. They plead that the existence of nuclear weapons prevents war, whilst wasting the opportunity of ejecting India from Occupied Kashmir, whilst it is strained through tensions with nuclear armed China.

Rather than rousing you to fight an enemy that you can defeat, the Bajwa-Imran regime is undermining your duty to wage Jihad, even though RasulAllah ﷺ said, «مَنْ مَاتَ وَلَمْ يَغْزُ وَلَمْ يُحَدِّثْ نَفْسَهُ بِالْغَزْوِ مَاتَ عَلَى شُعْبَةٍ مِنْ نِفَاق» “He who dies without having fought or having felt fighting (against the kuffar) to be his duty will die guilty of a kind of hypocrisy.” [Abu Dawud]. The hypocrite rulers declare that Azad (Liberated) Kashmir is the red line, when the redline is Occupied Kashmir, for Allah (swt) said, وَاقْتُلُوهُمْ حَيْثُ ثَقِفْتُمُوهُمْ وَأَخْرِجُوهُمْ مِنْ حَيْثُ أَخْرَجُوكُمْ  “And slay them Wherever you catch them, and turn them out from where they have turned you out.” [Surah al-Baqarah 2:191]. The two-faced Bajwa-Imran regime insists you hold your fire and lines, even though Modi has violated the Line of Control with his heavy artillery thousands of times and RasulAllah ﷺ said,  «لاَ هِجْرَةَ بَعْدَ الْفَتْحِ وَلَكِنْ جِهَادٌ وَنِيَّةٌ وَإِذَا اسْتُنْفِرْتُمْ فَانْفِرُوا»“There is no migration after the Conquest (of Mecca), but Jihad and sincere intention. When you are ordered to set out (for the cause of Islam), you must set out.” [Muslim]. Remove the hypocrite rulers and restore the Khilafah (Caliphate) on the Method of the Prophethood, so that you are finally led by rulers and military commanders that are like you. Grant your Nussrah now to Hizb ut Tahrir under its Ameer, Sheikh Ata Bin Khalil Abu al-Rashtah, so that you are led to victory after victory, in the honored pursuit of martyrdom.