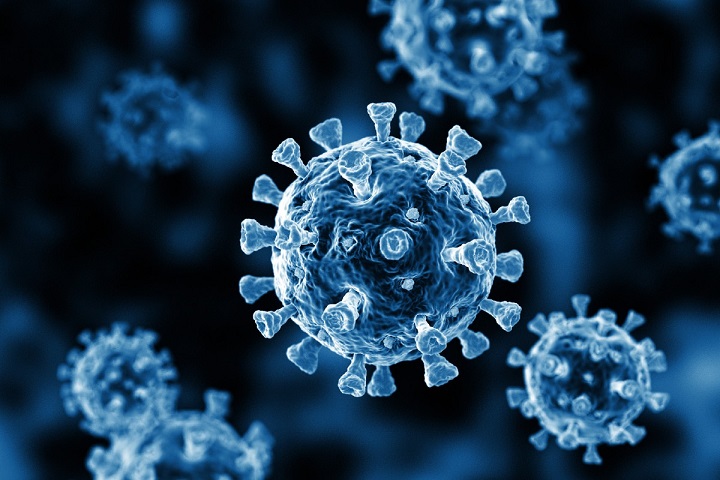 Health is a great blessing that Allah (swt) bestows on man, a blessing that the sick and the disabled miss, to the extent that our noble Prophet (saw) said:

Islam is concerned with the health of bodies, the Prophet (saw) said:

“Your body has a right over you,”.

It is the right of the body that you should feed and water it with what will benefit it and keep away from what harms it, protect it from diseases, and treat it if it is ill. Islam prohibited everything that causes human death or weakness. He (saw) said:

“There is no injury nor return of injury.”

He recommended medication and guaranteed us the availability of medication after making the effort to reach it, so He (saw) said:

“There is no disease that Allah has created, except that He also has created its treatment.”

In the absence of the Islamic State, we have submitted to the greedy, utilitarian capitalist system that knows no humanity, mercy or care, so the cure and medicine have become available for those who can afford it, not for those who need it!! We know that health insurance companies are not for everyone, and intellectual property and patents for medicines facilitate their monopoly, profitable investment hospitals have spread, that trade in human health and life in exchange for increasing their profits and controlling the market. Everyone suffered from this situation, including the woman, whether she was suffering from any disease, or she was pregnant, during childbirth, or an elderly woman suffering from diseases and fatigue. The one looking around sees this suffering, especially in the poor countries that they plunder their resources and do not even throw crumbs at them, although the basic principle is that health care is a duty of the state towards its citizens and residents.

These days, the whole world is suffering from a global health crisis, which is the Coronavirus and its various repercussions that have affected all aspects of life, individuals and countries. We did not find the care as much as we found greed, avarice, monopoly, and political and economic manipulation of people’s lives and wealth.

Accessibility for health and medicine is obligatory on the state to provide to the people free of charge, such as clinics, hospitals, facilities, doctors, medicines and treatment, either by purchasing it from drug factories and companies in the state or abroad, or by establishing state-owned medicine factories that produce the required medicines.

This was the case during the existence of the Islamic State in all its eras, starting from the prophetic era to the Ottoman Caliphate, passing through all Islamic eras and centuries. Many of the sayings and actions of the Messenger (saw) received were urging medical treatment for all, including the treatment tent next to the Prophet’s Mosque, where Rufaida al-Aslamiyah was supervising it. The Caliphs and Amirs established hospitals to treat the sick and dispense the necessary treatment to them, men and women, for free. That is, the treatment is free, regardless of their gender, religion or sect, rich or poor. Each of these hospitals was divided into two parts: one for men and another for women, furnished with the best furniture and equipped with the best tools in addition to blankets, clothing, food, service, and hygiene. They included the most famous Muslim doctors who surpassed the doctors of the world at the time.

In most cases, hospitals were administered by one of the Amirs, nobles, or dignitaries of the state to demonstrate the importance of health services, and to ensure that the state looked after health affairs. Some people pretended to be ill for their desire to enter the hospital and enjoy the bounties and good care! If the patient moves to the recuperating period, he was given an amount of money that would suffice him until he was able to work, so that he/she would not have to work during this period, and suffers a relapse.

And because the people did not live in the justice and prosperity of the Khilafah State, they are absent from these rights that they have over the state in terms of medical and health care. In the Khilafah state that Hizb ut Tahrir is working to establish, Allah willing, the situation will be completely different from our current miserable situation. What reassurance will the poor have when they know that if they fall ill, they will find such a level of free care without needing to humiliate themselves or search for mediations or intercessions to get the attention and treatment they deserve! In addition to extending their hand begging to be treated as is the case today?! Of course, this applies to women in their pregnancy, childbirth and caring for their children. We do not see the one who gives birth to her child at the hospital’s door or on the street because she does not have the hospital’s expenses, nor do we see the one who dies while waiting to be allowed to enter the hospital without a referral, insurance or money, and what we see of medical errors for which there is no accountability or control.

It was stated in the Draft Constitution for the Khilafah issued by Hizb ut Tahrir in Article 125:

“The Imam (ruler) is a guardian, who is responsible (and will be questioned) for his subjects.” Reported by Al-Bukhari from Abdullah Bin Umar.

“Allah’s Messenger (may peace be upon him) sent a physician to Ubayy b. Ka’b. He cut the vein and then cauterized it.”

And Al-Hakim narrated in Al-Mustadrak from Zayd bin Aslam from his father, who said:

“I fell severely sick at the time of Umar b. Al-Khattab, who called a physician for me, he warmed me up to the extent I would suck on date pits due to the intense heat”.

To provide health care, the Khilafah will restructure revenue generation in accordance with the rules of Islamic law, where it will reap its revenues from public properties such as energy and machinery manufacturing and from government facilities such as large enterprises, and from the kharaj, and will stop collecting taxes, such as the sales and income tax that stifles economic activity. The Khilafah State will refuse to take usurious loans from the colonialists and others. Therefore, the Khilafah will control the health sector and will provide health services for free, and will allow the existence of private health facilities to provide health care for profit. Thus, the Khilafah will create a healthy balance that provides complete care for all its subjects.

It was also mentioned in the Draft Constitution by Hizb ut Tahrir in Article 164: “The state provides free health care for all, but it does not prevent the use of private medical care or the sale of medicine.” The explanation of the article stated: “As for the permissibility of hiring a doctor and paying him a fee, this is because seeking treatment is permitted (Mubah), as mentioned previously the Prophet (saw) said:

And since treatment is a service that the one paying for can achieve, therefore, the definition of hiring is applicable to it. And there has been no prohibition narrated regarding it.”

And it is the Khilafah State that will set global standards for health care and medical research, and there will be a health care system that secures the medical needs of all citizens, regardless of race, religion, sect, gender…etc. Intellectual rights and patent laws will be abolished, and this will bring about an intellectual revolution in medical research, as well as providing medical drugs at an affordable price.

This is just the tip of the iceberg of what will be the case in the Islamic state in terms of concern and preservation of human security, care and dignity. So, answer the call and join the workers to establish it, so that we may all enjoy its glory, by Allah’s help and support.