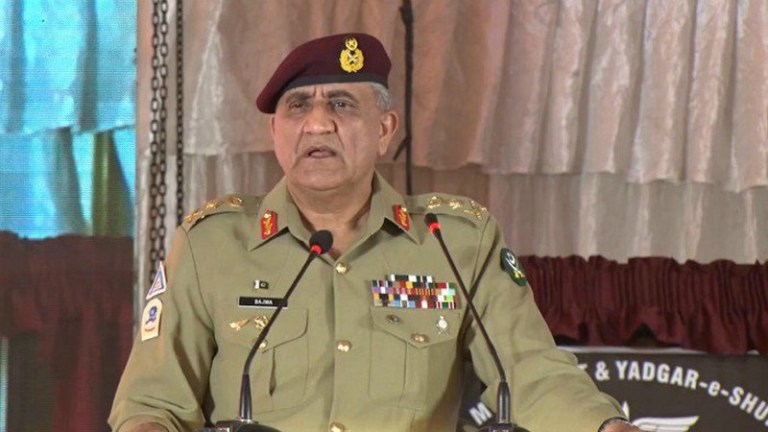 The BBC has apologised and amended a Panorama documentary presented by Stacey Dooley after she inadvertently described a Muslim prayer sign as a terrorist salute. Stacey Meets the IS Brides, which is due to be shown on BBC One on Monday night, features the presenter travelling to camps in Syria to meet women who left their own countries to join Islamic State. In one scene, trailed on Sunday night’s News at Ten, Dooley described leaving a camp and watching “women raising their index finger in an IS salute” – without making it clear that the gesture also had another meaning. Isis fighters have often deployed the single-finger gesture in propaganda images but Tell MAMA, an organisation which measures anti-Muslim attacks, pointed out that the symbol had a much wider use representing Muslims’ commitment to monotheism. “Tawhid (Tawheed) is the defining doctrine of Islam, demonstrating the oneness of Allah (God),” they said. “To reduce such a fundamental and important concept to a mere ‘IS salute’ is grossly wrong, ignorant, and damaging. This again demonstrates the importance of having Muslim representation in media, and more broadly, improving religious literacy.” The BBC said they would remove the relevant voiceover from Dooley’s documentary before broadcast, in addition to editing programmes and online clips which had already been published. Both the Mirror and the Sun have since edited articles on their websites which repeated the claims that the hand sign was an IS symbol. “We wrongly described a gesture made by women filmed in a Kurdish controlled detention camp in northern Syria as an ‘IS salute’,” said a BBC spokesman. “While IS have attempted to adopt this for their own propaganda purposes, for accuracy we should have been clear that many people of Muslim faith use this gesture to signify the oneness of Allah. We apologise for this error and have removed this description from the footage.” [Source: BBC]

Islamophobia is institutionalized in Britain and the media is at the forefront of defaming Islam.

Sometimes words fail to express human compassion towards a mother who has lost her child. Saudi Arabia’s Minister of Islamic Affairs Sheikh Abdul Latif Al Asheikh, was seen on video embracing and kissing the forehead of a woman, who was grieving the loss of her son. He was killed in the New Zealand Christchurch mosque shooting. The footage, which is currently circulating on social media, shows the Saudi minister trying to calm the woman pilgrim crying in Makkah. Attacks on two mosques in New Zealand which left at least 51 people dead on March 15 have sparked horror, revulsion and dismay around the world. The attack is described as the worst mass shooting in modern New Zealand history and as one of the country’s darkest days. Saudi King Mohammed Bin Salman announced in March, a day after the shooting occurred, that he would be hosting the survivors and families of the Christchurch victims to visit Makkah for Haj. Sheikh Abdul Latif said on Sunday that bringing the Christchurch pilgrims over to Makkah, was part of the Kingdoms efforts to “confront and defeat terrorism.” Generally the laws of Islam prevent females and males from embracing, if they are not direct family members, especially when they are performing Haj. Many took to Twitter to criticize Sheikh Abdul Latif for coming into contact with the woman. Twitter user @AlodidanSalwa tweeted that the Minister owes the public an apology for his behaviour. “The minister owes an apology to the public for his behavior, even if it was spontaneous and in the moment. What is considered haram is forbidden. He embraced a non-muharam woman. We are waiting for his apology.” “Is this the Minister of Islamic Affairs of the Unification State?! How has he legalised something for himself that is prohibited in Islam. To hug a woman, when she is someone who should not be hugged by him?” tweeted @1s2s3n4h While another user, @Jawahir61 tweeted “You can express your feelings without the use of arms to hug.” “It is not permissible to even look at a women, let alone touch her. God counted on you, God showed us the correct way,” tweeted @ar_coffee1. [Source: Gulf News]

What is most worrying is not the act of embracing but the openness of those charged with protecting Islam adopting and propagating Western values. It is as if they were concealing their nifaq (hypocrisy) and when presented with the opportunity they happily propagate Western behaviour, norms and actions.

Kashmir: Pakistan Will ‘Go to Any Extent’ To Protect Kashmiris

Pakistan has vowed to take any measure necessary to “stand by” people in Kashmir, where an unprecedented communications blackout continues a day after the Indian government said it would revoke the territory’s special status and divide it in two. Landline connections, internet and mobile coverage in the territory were all suspended on Tuesday, while prominent political leaders who oppose the Indian government’s move were reportedly arrested. At least six people have since been injured in protests, according to sources quoted by Agence France-Presse, with one traveller returning from Srinagar, Kashmir’s biggest city, reporting hearing gunfire and other weapons being fired. The Indian government announced on Monday that it would drastically change Kashmir’s relationship with Delhi, removing the autonomy that the territory was granted in exchange for joining the Indian union after independence in 1947. It also said it would divide the state of Jammu and Kashmir in two. The announcement prompted anger from Pakistan, which also claims Kashmir and has fought two wars with India over the territory. “Pakistan army firmly stands by the Kashmiris in their just struggle to the very end,” the country’s army chief, Gen Qamar Javed Bajwa, said. “We are prepared and shall go to any extent to fulfil our obligations in this regard.” Highlighting the diplomatic turmoil caused by the move, Beijing also said it opposed India’s decision to revoke the special status of Kashmir, saying it undermined China’s territorial sovereignty. The contested region is divided between India, which controls Kashmir Valley and the Hindu-dominated region around Jammu city, Pakistan, which controls territory in the west, and China, which holds a thinly populated area in the north. [Source: The Guardian]

Pakistan’s words are mere rhetoric! Pakistan has done very little to counter the brutal oppression of the Kashmiris under maximum Indian pressure. Going forward, the world can expect more of the same.