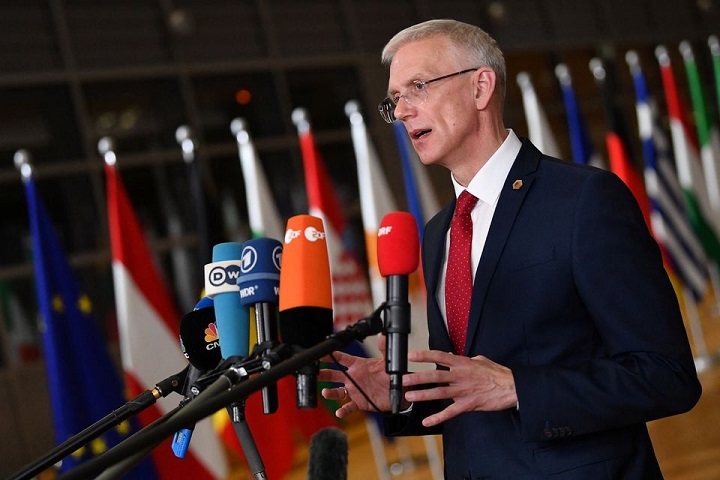 Divisions Grow Among NATO Members over Support for Ukraine

European officials told The Wall Street Journal that divisions between NATO members on how much support to provide Ukraine have been growing in recent weeks. On one side, Western European nations led by France and Germany are reluctant to send Ukraine heavy weapons, have maintained dialogue with Russian President Vladimir Putin, and are calling for a negotiated solution to end the war. On the more hawkish side are the US, Britain, and nations in northern and central Europe, including the Baltic states, Poland, and the Czech Republic. These nations want to put more advanced weaponry in Ukraine’s hands and are against talks with Russia, and some have discouraged Kyiv from negotiating a peace deal with Moscow. The Latvian Prime Minister Krisjanis Karins told Politico that “Russia must lose. The main goal of ours has to be that Russia loses — and the other side of the coin is that Ukraine wins the war. Anything short of that means we have a very bad security situation in Europe.”

Zionist President Isaac Herzog has said that he recently received a delegation of Pakistani-Americans, calling it an “amazing experience” and referring to it as an example that showed him “great change” vis-a-vis ‘Israel’s’ ties with the Muslim world. Herzog delivered these remarks during a special address at the annual World Economic Forum (WEF) meeting on May 26 in Davos, Switzerland, while talking about the Abraham Accords — a deal brokered by the United States in 2020 which saw normalisation of relations between ‘Israel’, the United Arab Emirates (UAE) and Bahrain. Herzog said, he received a delegation of Pakistani expats who lived in the US “together with other members of other countries in their region. And I must say this was an amazing experience. We haven’t had a group of Pakistani leaders in Israel in such scope. And that all stems from the Abraham Accords, meaning Jews and Muslims can dwell together in the region […].”

Although Herzog did not mention details about the Pakistanis he met, Sharaka — an ‘Israeli’ non-government organisation (NGO) — had organised a visit of a Pakistan-American delegation to “promote peace in the Middle East”.

In a major setback for China, ten Pacific island nations rebuffed China’s push for a wide-ranging regional security pact. Chinese Foreign Minister Wang Yi, who held talks with the leaders of these nations, failed to reach an agreement regarding the security pact. After a meeting with his counterparts deferred consideration of a sweeping trade and security communique, Yi on Monday urged the Pacific region not to be “too anxious” about his country’s aims. “China will release its own position paper on our own positions and propositions and cooperation proposals with Pacific island countries, and going forward we will continue to have ongoing and in-depth discussions and consultations to shape more consensus on cooperation,” he told reporters in Fiji. The secretary-general of the Pacific Islands Forum, Henry Puna said “We are all well aware of the increasing intensity of geopolitical manoeuvring in our region today. Indeed, the recent influx of high-level visits to our Blue Pacific demonstrates the increasing value that our partners, including China, must place on our collective ability to think, live, engage and deliver. Geopolitical point-scoring means less than little to anyone whose community is slipping beneath the rising seas, whose job is being lost to the pandemic, or whose family is impacted by the rapid rise in the price of commodities,” said Fiji’s Prime Minister Frank Bainimarama.