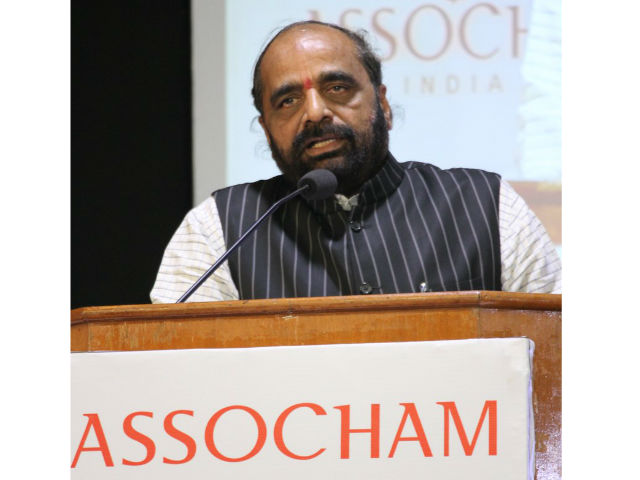 “Hatred has already appeared from their mouths, but what their breasts conceal is far worse”

On November 16, 2017, Indian Junior Home Minister, an influential four-time lawmaker from Maharasthra, Hansraj Gangaram Ahir said at a homeland security event organized by Indian industry body Assocham that Bangladesh poses a bigger security challenge to India in terms of illegal intrusion than Pakistan and China. With a sneering remark, he labeled Bangladesh’s prime minister as “so-called friend” and described the Bangladeshi citizen as “menace” even if unarmed. We are not in fact astounded hearing such offensive comments from this Mushrik enemy of Islam, rather this is exactly what Allah Azza Wa Jal has warned us about not to take the Mushrikeen as ‘bitanah’ (advisors, consultants, protectors, helpers, friends):﴿يَا أَيُّهَا الَّذِينَ آمَنُوا لَا تَتَّخِذُوا بِطَانَةً مِنْ دُونِكُمْ لَا يَأْلُونَكُمْ خَبَالًا وَدُّوا مَا عَنِتُّمْ قَدْ بَدَتِ الْبَغْضَاءُ مِنْ أَفْوَاهِهِمْ وَمَا تُخْفِي صُدُورُهُمْ أَكْبَرُ﴾ “O you who believe! Take not as (your) bitanah those outside your deen (Pagans, Jews, Christians, Mushriks and Hypocrites) since they will not fail to do their best to corrupt you. They desire to harm you severely. Hatred has already appeared from their mouths, but what their breasts conceal is far worse”. [Al-i-Imran:118]

Therefore, we are not shocked when we see, on the Rohingya Muslim issue this Mushrik enemy state forgets Bangladesh and stands on the side of Butcher Myanmar regime, shoots and kills Bangladeshi Muslims like birds on the border area, plots against our defense force, etc. But, we are shocked when we see that the spineless Hasina regime despite India’s aggression against Bangladesh and its evil actions to harm the Muslims, Hasina still offers India as a true friend, a friendly state and a loyal neighbour… And ignores the statement of the Indian minister about his aggression against Bangladesh!!

O Muslims! This despicable silence of treacherous Hasina truly means that she also believes like her Indian master that our sister “Felani” was an ‘illegal intruder’ and by the Hasina regime’s atrocious killing was justified!! Unlawfully killed 1400 unarmed Bangladeshi civilians by Indian Border Guard were actually ‘menace’! O Muslims, certainly India desires to harm us severely and what Gangaram’s breast conceals is far worse than what came out of his mouth. But Hasina has taken India as her master and ignored the warning of Allah (swt), advancing towards fulfilling the concealed evil desires of the Mushriks. So, in order to remove her, demand so from your brothers, fathers and sons in the armed forces.

O Sincere Army Officers! Remove the fictitious regional supremacy of India, the illegitimate child of West that was born out of the plots of drunken Lord Mountbatten. We want to remind you about the shameless defeat and retreat of the coward Indian paramilitary in the battle of Padua (Pirdiwah) in 2001 when a few of our border guard personnel killed significant numbers of the Indian elite force. Know that, due to the sell-out of consecutive Bangladeshi governments, India has turned out to be a parasite in this region which could have been crushed easily by the sincere and courageous forces of Bangladesh military. So, reject these sold-out rulers and grant Nussrah (Material Support) to Hizb ut Tahrir to re-establish the Righteous Khilafah (Caliphate) on the way of the Prophet (saw), the Khilafah State that will cut the evil tongue of India that spew venom against the Muslims.