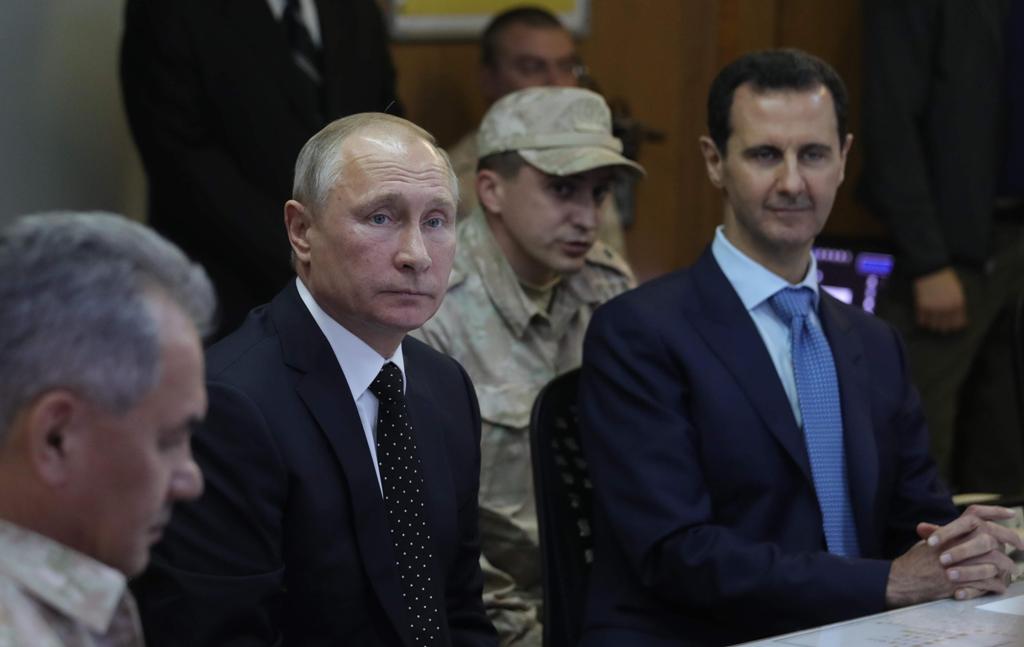 “Hatred has already appeared from their mouths, and what their breasts conceal is greater”

[Ankara / Anadolu – The joint communique of the Turkey-Iran-Russia tripartite summit emphasized its strong commitment to the sovereignty, independence, unity and territorial integrity of Syria as well as its firm commitment to the principles of the UN Charter.

This came in the statement of the tripartite summit on Syria, which was held on Monday in the Turkish capital Ankara, with the participation of the presidents of Turkey, Recep Tayyip Erdogan, Iran, Hassan Rouhani, and Russia, Vladimir Putin.

The statement said that the summit discussed the current situation on the ground in Syria, reviewed the developments following their last meeting in Sochi on 14 February 2019 and reiterated their determination to enhance the trilateral coordination in light of their agreements.

As well as their strong commitment to the principles of the United Nations].

With these outputs, the conference held in Turkey ended, with no new outputs other than to ruminate the statements pending the implementation of what was previously agreed upon and to remove obstacles that impede its implementation, in preparation for ending the blessed Ash-Sham revolution by various ways and means, for there are no taboos in the customs of criminals, and no prohibition in the opportunists’ agenda. Thus the proposition today is how to close this file that distressed nations and caused grey hair to presidents.

The evacuation of the country from its people, the displacement of safe Muslims and the massacres that have taken place are nothing but criminal acts to pressure the people and to break their will and push them to keep silent about the conspiracy being plotted against them.

Here you have seen with your own eyes and sensed how the Kufr regimes relish your suffering to achieve their desires. Has the moment of truth not come for you to break your silence and disbelief in them and in what they have decided; and strike the hands of the faction leaders in the hope that their senses and minds will return to them and wake up from the intoxication of the poisoned political money?

O our People in Ash-Sham: waiting for outputs of such conferences and what may result from them is a waste of time, throwing dust in the eyes and distracting the mind; especially after it became known to the young before the old people that their meetings are only to implement their plans only; and they care nothing about the people of Ash-Sham and their suffering. This is the dirty capitalist system and these are its tails, let alone the mirage of the disbelief (kufr) systems. Turn to the certainty of Allah, for He is the embodiment of the causes and the Creator of victory and empowerment. And hold on to His strong rope after cutting off all the ropes of cunning and deception related to the supporters and push your sincere sons to unite behind a conscious and sincere political leadership that adopts with you a clear political project derived from your Islamic Aqeedah. Then you will be saved from deviation from the path of the Truth, and you protect yourself from penetration so that you will regain your decision and regain the initiative.

Allah (swt) says: وَمَنْ يَتَوَكَّلْ عَلَى اللهِ فَهُوَ حَسْبُهُ إِنَّ اللهَ بَالِغُ أَمْرِهِ قَدْ جَعَلَ اللهُ لِكُلِّ شَيْءٍ قَدْراً “And whoever relies upon Allah – then He is sufficient for him. Indeed, Allah will accomplish His purpose. Allah has already set for everything a [decreed] extent” [At-Talaq: 3]