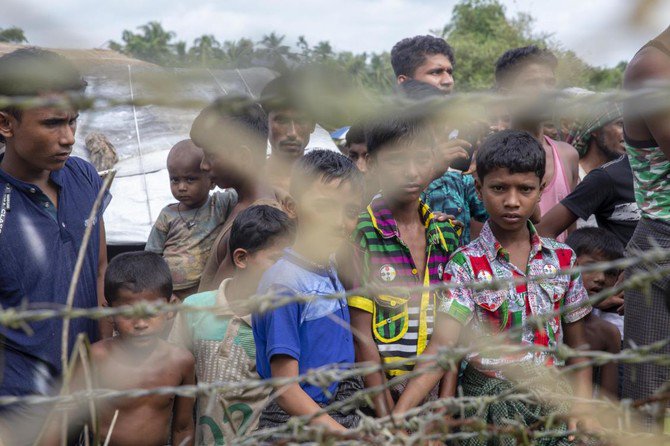 Several Bangladeshi newspapers reported on January 18, 2019 that Indian Border Security Force (BSF) was trying to force 31 Rohingya Muslims into Bangladesh from the Kasba Upazila border area in Brahmanbaria. These stateless and forgotten part of the Muslim Ummah were stranded under the open sky in the Indian side of the “no man’s land”. Moreover, it has been reported that BSF has been gathering a huge number of Rohingya Muslims in the border area in a number of trucks (Dhaka Tribune, January 18, 2019). Hasina government has already ordered Border Guard Bangladesh (BGB) to tighten the security so that no Rohingya can enter Bangladesh, as reported by media outlets. Finally, on January, 23, 2019 the BSF removed them to somewhere else.

It is beyond any doubt that the Rohingya Muslims have always been a “liability” for Sheikh Hasina. Prior to her sudden declaration (!) on October 2017 to shelter and support the Rohingya Muslims fleeing the Rakhaine state, Hasina was always adamant not to let in more influx of refugees from Myanmar amid calls to open Bangladesh’s border to the Rohingya fleeing death and persecution in the volatile Rakhine state (bdnews24.com, 07 Dec 2016). Later, she plotted the ‘Rohingya issue’ so craftily that she achieved what she longed for – the ‘Mother of Humanity title’ – to play politics with, while the Rohingya Muslims are confined to filthy, overcrowded camps in dangerous conditions with limited access to basic services. In reality, Hasina and her Indian counterpart are both partners in crime, and they share the same hatred against Muslims in general because of their close bond that lies in Hasina’s nurturing by the Mushrik during her years of exile in India. When the sincere Muslims are being persecuted at the hands of Hasina’s state thugs (the police), this is no wonder that she would be apathetic to the sufferings of the Muslims of other lands unless there is any ulterior motive in it.

O Muslims in Bangladesh! While treacherous Hasina is turning her back on oppressed Rohingya like the rest of the traitorous rulers of the Muslim lands, where will this inseparable part of our Ummah now take refuge in? And what would be the fate of the million who are already suffering in the squalid camps in Bangladesh?  Where is the dignity, glory and izzah of the Ummah of Muhammad ﷺ? From Rakhine to Syria, the ongoing horror in every parts of the globe is constantly showing us the dire need of bringing back the umbrella of the Muslim world, the Khilafah Rashida (rightly guided Caliphate) on the method of Prophethood. We call upon the Ummah in Bangladesh to work hand-in-hand with Hizb ut Tahrir and strive together to reestablish the promised Khilafah in which lies the real solution to the crisis of the Rohingya Muslims and the protection of the dignity of the Muslims all across the world. RasulAllah ﷺ said: «إِنَّمَا الْإِمَامُ جُنَّةٌ يُقَاتَلُ مِنْ وَرَائِهِ وَيُتَّقَى به» “Only the Imam (the Khaleefah) is a shield, from behind whom one would fight, and by whom one would protect oneself.” [Sahih Muslim]