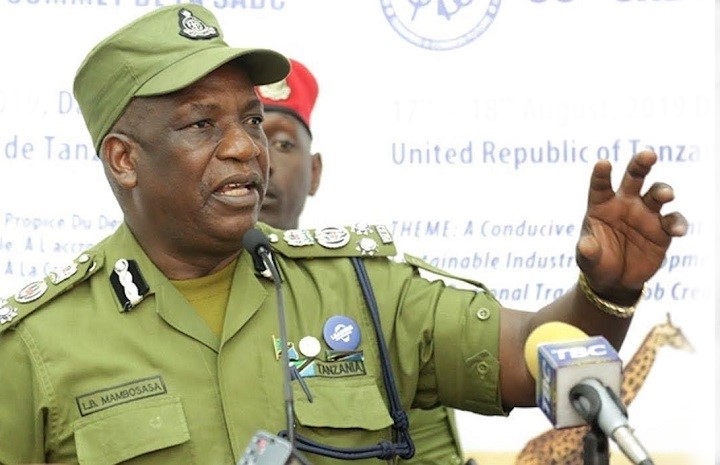 On 2nd September 2021, the Director of Criminal Investigation (DCI) in Tanzania, Mr. Camillius Wambura revealed in his report that Hamza Mohamed (30), a businessman and a prominent member of the ruling party (CCM), who was shot dead by Police on August 25, 2021 after he had killed three police officers and security guard in Dar es Salaam was a terrorist and he was resorted in suicide mission.

Comment:
DCI Wambura suggested that the investigation mainly focused on three aspects: to identify the profile of knowing Hamza Mohammed, what inspired him to undertake that killing as well as who his accomplices were.

Regarding Hamza’s identity, the investigation claimed to discover that he was living a very private life with all terrorism indicators which he learned through the internet.

On the issue of the inspiration that pushed him to engage in that particular mission, the report came up with the view that he was a terrorist with religious extremism ready to die for his religion.

On who are his accomplices, the investigation disclosed that Hamza had been enjoying direct contact with people living in countries that are prone to acts of terrorism. Though it is known that, five people are still interrogated by the Police Force on this issue.

The investigation report is shallow, unprofessional and biased since its findings are contrary to the reality. Almost all people from Muslims and non-Muslims who were interviewed about Hamza from family members, friends, party members, employees, neighbours etc. had one answer and positive perspective on him; that Hamza was a good person with good Islamic morals. Venance Kalunga, a neighbour of Hamza told Reuters “He is a very ethical man who follows Islamic teachings…he loves going to the mosque in the morning, afternoon and evening.” (Reuters, 02/09/2021). Above all, Hamza was businessman engaging and interacting including hiring people. Thus, Hamza’s life was not private and unknown as reported, but was known to many people who had happened to live with him.

The notion that Hamza learned terrorism via the Internet and social media is baseless and unclear argument since it has entirely failed to mention any internet page or any social media outlet visited by him. In fact, this point raised many questions than answers such that, how can a person learn how to shoot through the internet, and will he practice it through the internet? If at all they knew it, why didn’t they stop him before? If Hamza had all the signs of terror, how was able to become a prominent member of the ruling party (CCM) not to mention having a pistol in his disposal legally? All these expose that the report is void and unrealistic.

Regarding the issue that Hamza’s religious extremism, was his inspiration for killing unconvincing; however, it has been used to defame Hamza’s religion which is Islam. It is well known that Islam does not allow and encourage killings of innocent people. DCI report is a clear attempt to defame Islam, and is totally unacceptable. In the real sense, the report failed to explain the link between Hamza’s religion and its so called terrorism. This tells that linking Hamza’s religion with his police killings is baseless.

The report suggestion that Hamza had communication with people from countries prone to acts of terrorism again failed to clearly mention the specific countries and people. However, with global war on terror propaganda, the issue of terrorism is in every country. Was this enough for the DCI to verify Hamza’s terrorism allegations?

Terrorism as commonly internationally defined is the unlawful use of intentional violence to achieve certain political aims, especially against civilians. For the case of Hamza, the report has failed to explain which political aims he was to achieve. In contrary, since Hamza was a member of CCM, it is clear that he had pursue democratic means to achieve his political goal. This cements the view of many that his killing was an act of crime rather than terrorism.

Also, DCI report seemed to lack credibility since he deliberately ignored a final word of Hamza before he was shot by the police on 25th August 2021, whereby he openly voiced allegations against the police especially Inspector General of Police Mr. Simon Sirro for their engagement in killing Muslims. The issue of police brutality, killing, torturing, abducting, mistreating innocent Muslims in Tanzania is vividly known, and here are some few examples:

On May 2017, the police killed Salum Muhammed Almasi who was an Imam and a student of University of Dar es Salaam at Kurasini area in Dar es Salaam by just allegations of robbery without any single proof.

On 21/07/2017, the police invaded Muslims while praying in the Ali Mchumo Mosque in Kilwa district and abducted 10 of them; later some of abducted confirmed dead, and some of them became lame as result of police brutality (Mwananchi 27/07/2017& Mwananchi Digital 09/04/2018)

Furthermore, it has to be remembered that DCI report was perverted in advance since the Inspector General of Police (IGP) concluded earlier before that Hamza had a relationship with insurgents in Mozambique and that his attack could be related to Tanzania’s role in Mozambique; his statement was a blueprint to DCI’s report.

In conclusion, DCI report not only exposes itself as biased, but also reveals an open lie on issue of incompleteness of investigation upon Muslims charged with terror. The DCI was able within a week to investigate and to come up with findings that Hamza was a terrorist in his absence, while there are hundreds of Muslims suspects on terror charges in custody in many regions of the country such as in Dar es Salaam, Mwanza, Arusha, Mbeya, Tanga, and Mtwara where three activists of Hizb ut Tahrir Tanzania: Ustadh Ramadhan Moshi Kakoso, Omar Salum Bumbo and Waziri Mkaliaganda are being held for 4 years from fabricated terror charges under bias and oppressive pretext of ‘investigation is underway’.