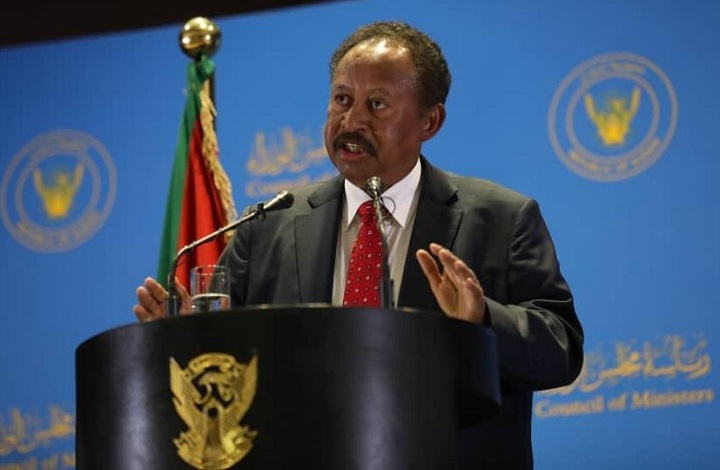 Prime Minister Abdallah Hamdok launched an initiative entitled: “The National Crisis and Issues of Transition – The Way Forward”, paving the way for it by saying: “Our country has been witnessing a comprehensive national crisis since its independence which is represented in the absence of a national project that wins enough consensus that realizes the wish of Sudanese in the building of a civilian democratic system of government that realizes equal citizenship.” Among the most prominent of the initiative is what Hamdok called a comprehensive political settlement, in which he mentioned the unification of decision-making centers within the state, and their work according to a common vision.

We in Hizb ut Tahrir / Wilayah Sudan affirm that Sudan is experiencing a stifling political and economic crisis, since its alleged independence from the colonial Kafir, and it is increasing day by day causing Sudan to reach the brink of complete collapse, which made the Prime Minister search for solutions, however, he did not come out of the fund of the democratic capitalist system! For it is the root of the disease that brought political and economic failure to all eras of government, for seven decades, even though the solution before us is as clear as midsummer sky, and lies in the following:

First: The project, which enjoys enough consensus to achieve satisfaction of Allah Almighty first, then satisfaction of the worlds is to judge by what Allah has revealed to His Messenger (saw):

“But no, by your Lord, they will not [truly] believe until they make you, [O Muhammad], judge concerning that over which they dispute among themselves and then find within themselves no discomfort from what you have judged and submit in [full, willing] submission” [An-Nisa: 65].

The systems of Islam in governance, economy, and others, when put into practice and implementation by sincere politicians, are enough to wipe out all the country’s crises, why not and it is from the Almighty, the All-Knowledgeable, the Wise Acquainted with all things.

Second: The absolute sovereignty is for the Sharia (the Book of Allah, the Sunnah of His Messenger, peace and blessings be upon him, and the Ijmaa’ (consensus of the Companions) and the Shari’ Qiyas (legal analogy) that they guided to). Everyone, both rulers and ruled, are bound by the rules of Islam, and that the authority is for the Ummah, it gives it to the one who fulfills the conditions of the ruler (Khaleefah), who it pledges its Bayah for him to be a Khaleefah (Caliph) for Muslims, and imam of the believers, thus negating the multiplicity of decision-making centers that Hamdok complains about under a puppet man-made regime that was built on a deal between its military and civilian components! The Khaleefah alone has the right to adopt the constitution and laws, and his command resolves the dispute.

Third: There is only one armed force in the state, which is the army, and its creed is the Aqeedah of the great Islam, and its work is jihad in the cause of Allah and protection of frontiers, and a part of it is specially trained with a special culture that enables it to perform its duties with goodness, it performs the work of internal security (the police), and thus the issue of the plurality of armed forces is also abolished.

In conclusion: This is what solves crises radically, as there are no multiple decision centers within the state, nor multiple armed forces, and this can only be under the Khilafah Rashidah (rightly guided Caliphate) on the method of the Prophethood; for which Hizb ut Tahrir is working with the Ummah, and asks the people of strength and protection to side with it and hand it power, to make the provisions of Islam a reality of life. In this, by Allah, is the satisfaction of the Most Merciful, and the good of this World and the Hereafter.