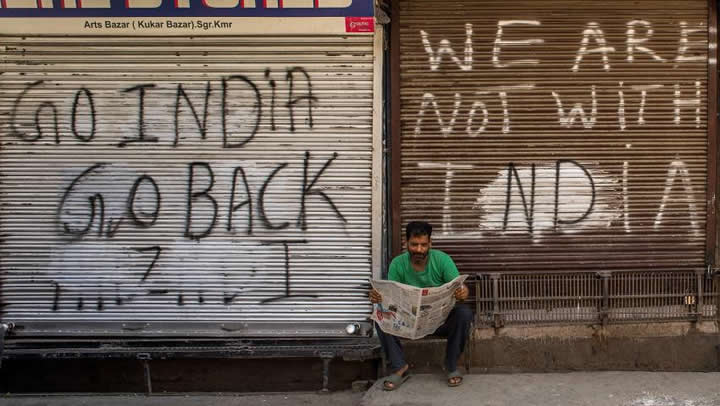 Addressing the audience at the first-ever Islamabad Security Dialogue, General Bajwa stated on 18 March 2021, “It is important to understand that without the resolution of Kashmir dispute through peaceful means, process of sub-continental rapprochement will always remain susceptible to derailment due to politically motivated bellicosity. However, we feel that it is time to bury the past and move forward.” We ask, which past General Bajwa is referring to? Can General Bajwa ever get more explicit in announcing his full commitment to the politically motivated US plan to bury Occupied Kashmir under the Hindu State?  Washington demands this so that India can rise as the undeserving regional hegemon, imperiling all the Muslims of the region for generations.

Hizb ut Tahrir / Wilayah Pakistan is the guide that does not lie to its people and hereby issues the following three points:

Firstly: The peaceful resolution of Occupied Kashmir will never occur through bartering with India for that which it does not own in the first place to trade with. The lands of Kashmir are Islamic Lands, liberated for the sake of Allah (swt) and remain as Islamic Lands until the Day of Judgment. The command of Allah (swt) is to fight for their liberation and nothing less will save the Islamic Ummah from sin. Allah (swt) commanded,

Secondly: There will be no peace through rapprochement or normalization with those who occupy the lands of Muslims and wages war against our Deen. The Hindu State wages war on the Muslims who are already under its full authority, whilst sparing no mischief to extend harm to the Muslims outside of its authority. There will only be peace for the Muslims and the people of the region as it was previously for centuries, under the Islamic Indian Subcontinent, when the ruling was for none but Allah (swt).

Thirdly: Abandoning the fighting before it even starts is not peace; it is a humiliating surrender that emboldens the enemy to take further and more ambitious actions against us. RasulluAllah (saw) declared,

“No people abandon Jihad except that they are humiliated.” [Ahmad].

It is clear since August 2019, that the current rulers will never wage Jihad, rather they stand in its way. So they must be removed and replaced by the Khilafah (Khilafah) on the Method of Prophethood, which will spare no efforts in a war to liberate Occupied Kashmir on the way to restoring the dominance of Islam all over the Indian Subcontinent.

Thus, Hizb ut Tahrir / Wilayah Pakistan has declared its stand clearly and calls upon all Muslims to stand with it, fearing none but the One Who deserves to be feared, Allah (swt).