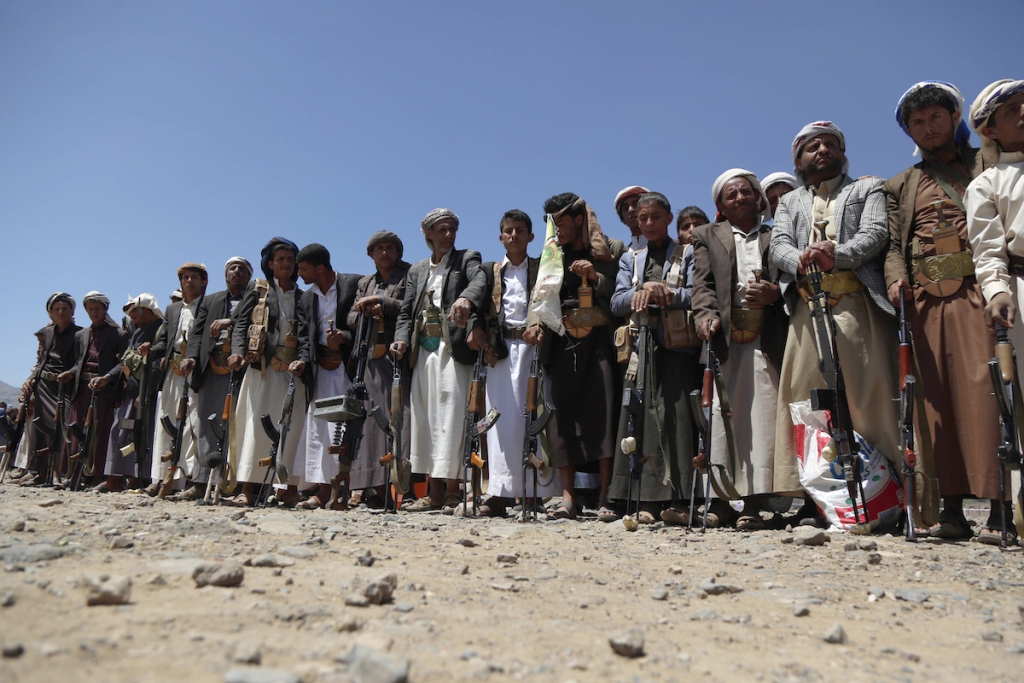 So are the Misguided and Deceived Followers Aware?

The Houthis announced on Sunday, 29/09/2019, that they carried out a military operation in Wadi Al-Abu Jbara in Kattaf Directorate in Saada governorate, where they circumvented three brigades recruited by Saudi Arabia, most of them Yemenis who  pursue Saudi Arabia in search of livelihood in light of the difficult economic conditions experienced by the people of Yemen, while some of them join in response to the horns of evil and misguidance. Both sides, whether the Houthis or Hadi, are racing in mobilizing the people to the fronts, thus the Saudi regime refuses their entry on the Sykes-Picot border into the country, and seduce them with money to recruit them to fight against the Houthis. They are then subject to all new developments in the war, including bombing them, if necessary. The Houthis, according to their announcement, seized weapons and equipment and captured 2,000 people and killed 500, while saying that Saudi Arabia targeted most of them to prevent them from surrendering, and showed videos of this. It is not surprising that Saudi Arabia, the US agent is preventing Hadi’s forces from advancing on several fronts, as well as bombing Hadi’s prisoners in Houthi prisons?!

Abed Rabbo Hadi, Abdul Malik al-Houthi, Ali Mohsen al-Ahmar, and Aidarous al-Zubaidi are the heads of evil and strife in Yemen, and the tools of the contending infidels – America and Britain – to carry out their plans and, plunge the sons of Yemen into multiple wars. Watching the scattered corpses, whether the followers of Houthis, Hadi or the transition party, is a painful sight.

Hizb ut Tahrir has shown since the beginning of 2015 that the purpose of the war is to save the Houthis and present them as the oppressed, in order to give them the legitimacy of governance as requested by America, even if it was through a fabricated war. The Houthis do not threaten the interests of America, in fact, they seek to preserve them regardless of how much they shout against it. It also did not treat them as a terrorist group and announces that it collaborates with them in operations against Al-Qaida, IS and “terrorism”… including other facts that began to appear to every person of awareness of our people in Yemen or in other Muslim lands, and in contrast, Hadi, his legitimacy and transition are puppets of the English. In other Muslim countries, Hadi’s legitimacy and transition are puppets of the UK.

O our People in Yemen! We advise you as we have always promised, and we make clear for you what is happening, in adherence to what Allah (swt) commanded us, and we have shown you that this war is a war to achieve the interests of the colonialists, and it is a forbidden war between Muslims. So beware of being deceived with the slogans and dirty money that is being made here and there. We call unto you, our people in Yemen, to stop the fighting between you and implement the law of Allah by establishing the rule of Islam in the land of Yemen, allowing the people to pledge allegiance to the ruler in accordance with the provisions of Islam in the State of the Khilafah Rashidah (Righteous Caliphate) on the method of the Prophethood. This is what unites your hearts, as it united the hearts of your ancestors of Aws and Khazraj, who were in wars and conflicts at that time provoked by the Jewish tribes…So hasten to what we call for, and only then will you find your honor, dignity, and live together as beloved brothers, enjoying the justice of Islam, and the strength of its leader, with whom you will cut the rope of the West and its allies off your lands, and become once again the people of faith and wisdom, and indeed this is not something far from Allah (to achieve).

Allah (swt) said: يَا أَيُّهَا الَّذِينَ آمَنُوا اسْتَجِيبُوا لِلَّهِ وَلِلرَّسُولِ إِذَا دَعَاكُمْ لِمَا يُحْيِيكُمْ “Oh you who believe, answer the call of Allah and the Messenger when he calls you to that which gives you life”. [Al-Anfal: 24]