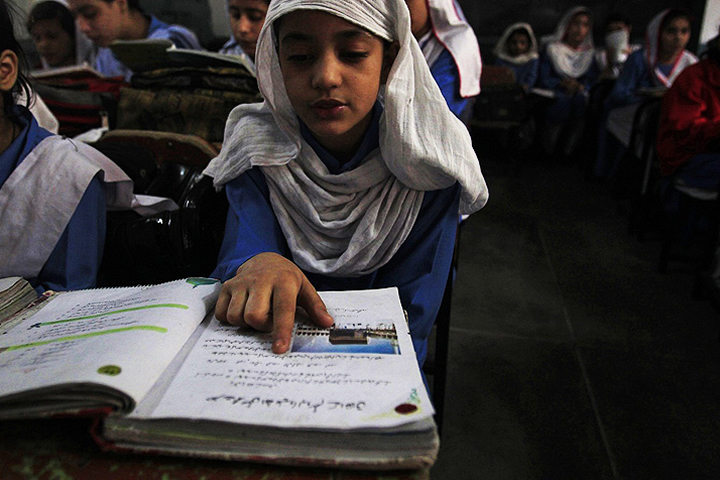 It appears that the Pakistani Government is bent upon throwing the education sector of this country into a mire of uncertainty. The Punjab Text Book Board has introduced a new No-Objection Certificate (NOC) criterion for hundreds of private publishers who have been printing and publishing learning and teaching materials for the schools of Punjab. (The News)

Comment:
SNC (Single National Curriculum) is like many other plans of bringing change of the Pakistani Government. The Government needs to understand that if words could bring the desired change then that is the only chance of success in this case. Even if we believe that it is being done with good intentions, we should know that good intentions by themselves are never sufficient as justifications. Without understanding the actual plight of the Education System these so called good intentions can become disastrous. We understand that a team of 400 people has been working on this project. But who are these 400 people? Are they education experts? Or are they only bureaucrats, politicians, likeminded school-owners and some government-favoured ulema? From Muhammad Ali Jinnah up till Imran Khan, rulers have been playing with two cards, Nationalism and Religion, and they have been unable to go beyond Urdu being the teaching language, adding Arabic as a flavour and making Friday a holiday. After enticing the people with the ideas of equality and religion, the only planning the government seems to have done is to make money from the whole exercise. Heavy royalty has to be paid by the publishers on top of a new fee of Rs 450,000 for the publishers who want to print a single book.

The children of Pakistan have been deprived of the basic right to an education since the creation of Pakistan. According to data provided by UNESCO, Pakistan has the most crowded classrooms in South Asia with a ratio of 500 students per every three teachers. These statistics make it clear how neglected the area of education is, and it’s clear that the rulers are totally dismissive towards their responsibilities. We have 22.8 million children out of school in Pakistan, which is nearly the number of children in schools. There is a 35 percent deficit only in Islamabad capital territory and the reason is that the government does not have money to pay these teachers. There are schools without boundary walls and toilets. As far as curriculum design is concerned, there is so much confusion that it seems the government is running around like a headless chicken. On one hand liberals tell us that syllabus is being ‘Islamicized’, and on the other we see major changes in already really thin books of Islamiyat like removing topics like jihad, replacing Hazrat Khadija by Mala Yousafzai in Social Studies. The list goes on.

Here we need to understand that the solution to all of this lies in the implementation of the Islamic education system under the glorious Khilafah (Caliphate) based upon the method of the Prophethood. Hizb ut Tahrir has detailed and comprehensive form of this Islamic education system in its draft constitution for the Khilafah, its booklet, “The Foundations of the Education Curriculum in the Khilafah State” and in other literature. Only an honest leadership will be ready to spend money on education instead of making money from it by selling the faith and future of its children. The Khilafah will explain the actual meaning of Musawah (equality) as education is the State’s responsibility. Here it is also necessary to know that it is not the ‘Uniform curriculum’ that we need but it’s a system of uniform education that will bring the actual change. And as dawah carriers it is our duty to show this Ummah the way to real change where they will not have to spend fortunes to get third world colonial education. Khilafah will bring true enlightenment to the youth and will not get a random 400 people to play with the fate of our future. Instead it will involve best of education experts in all the fields like sciences, languages, religion, skills etc. Inshaallah Khilafah will bring the parents and children out of the dazed confusion they have been in for a century now. As we mark the 100 years of the destruction of the Khilafah let us promise to ourselves that we will work for an ideal future of our next generations and we will not by the will of Allah let them suffer under this rotten system.

“Alif Lam Ra. (This is) a Book which We have sent down to you so that, by their Lord’s permission, you lead out the people from the darkness (of ignorance) into the light (of faith), to the way of the Mighty, the Owner of Praise.” [Ibrahim: 1]