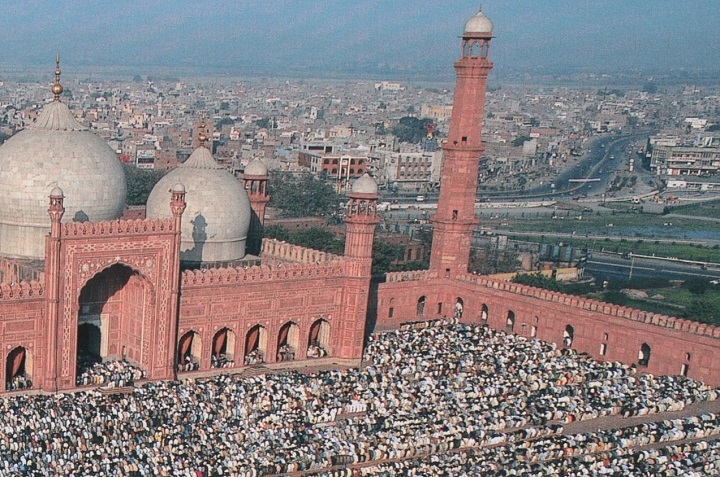 For ten years, no one knew where the Pakistani Inter-Services Intelligence (ISI) had placed Brother Naveed Butt, the official spokesman for Hizb ut Tahrir in Wilayah of Pakistan, or where he was being held.

Ten years have passed since 11/5/2012, and Hizb ut Tahrir, since its inception, has been accelerating the pace among the Islamic Ummah to establish the great edifice of the Khilafah (Caliphate); an edifice that saves humanity from the torments of the capitalist system and its executioners.

Perhaps it goes without saying that the aware group is in the Makkan stage, with its hot and cold atmosphere, which its plan was drawn by our beloved Muhammad (saw) when Allah (swt) said to Him (saw):

“Then declare what you are commanded and turn away from the polytheists” [Al-Hijr: 94].

So, the Messenger of Allah (saw) started to contact people to build a bloc on the basis of the great ideology of Islam. He (saw) built an aware political bloc that presented Islam with a deep political awareness, so that with this bloc, the Prophet (saw) can form a public opinion for the concepts of Islam to be an alternative to the concepts of the people of Makkah, and their corrupt way of life that perpetuated injustice and corruption. The Makkan stage was an elevated political action far from any material action. It was a clear and well-defined line that clarifies the greatness of the ideological action that elevates the Dawah carriers to a great level, and makes them glory makers of the Ummah through its Islam. Therefore, we must firmly believe the promise of Allah and the glad tidings of the Messenger of Allah (saw) that the solution is near, and the hour has come to announce the Khilafah Rashidah (rightly-guided Caliphate) State on the method of Prophethood.

The Makkan stage contains the secrets of diligent work, intellectual elevation, and building the Islamic personality mentally and psychologically, that is, building statesmen able to face the toughest and most difficult grimmest situations and know how to overcome the hot atmosphere and make a successful exit.

The Makkan stage has entrenched in the Ummah now how the Islamic Ummah is built and made, by the intellectual building on the basis of Islam and making Islam an intellectual leadership for the Ummah, and disappoint its enemies.

What Brother Naveed Butt, the official spokesman of Hizb ut Tahrir in Wilayah Pakistan, faced of imprisonment and being kept away from his sons and prevented from carrying out the Dawah, in the struggle against the corrupt ideas, and exposing the international conspiracies against the Ummah of Islam, is sad by human standards. We ache in pain for being separated from him for years, but Allah’s command is more beneficial to us and to him, we do not know, perhaps Allah (swt) will show us a great good from his stay in prison, establishing the greatness of the Makkan stage and being steadfast on it, not wavering from it an inch; that there is no material work. No matter how hard the criminals tried to drag the aware bloc on the ideology of Islam, as an idea and a method to deviate even slightly, they were not successful at all, and this is what astonished and frightened them. The Messenger of Allah (saw) said to the family of Yasir:

“Be patient O family of Yasir-your appointed destination is Jannah”

The ordeal and affliction of Ammar bin Yasir and his parents, Yasir and Sumaya, may Allah (swt) be pleased with them, was severe. Sumaya was the first martyr in Islam when she was stabbed by Abu Jahl, may Allah curse him. And Khabbab bin Al-Aratt, when he said to the Prophet:

A request that strongly suggests the affliction they were experiencing, coming from hearts weary of abuse and torture, seeking immediate relief and near victory.

We are now in the Makkan stage, asking Allah (swt) to hasten the victory for us as He hastened the victory for the first generation after they were severely abused. Now we are in pain because of the suffering of the Rohingya, the Uyghur Muslims, the plight of Naveed Butt and his brothers, our people in Kashmir and Palestine, the oppression of Sisi in Egypt, the hunger and affliction in Syria, Iraq, Lebanon, Tunisia, Yemen, Sudan and Somalia, as if the body is being torn apart. So, let us pray to Allah (swt) to help us with a great opening of the Khilafah Rashidah on the method of Prophethood.

Our honourable Messenger (saw) made a supplication while he was returning from Taif, after what happened to him from the three brothers from Thaqif, Abd Yalil bin Amr bin Omair, Masoud and Habib, when they tempted their fools and their slaves to curse the Messenger of Allah (saw) and chase him, hurling stones at him until his heels bled and he ended up in a garden, so he (saw) made the supplication:

A supplication that clarifies the greatness of the Makkan stage in the intellectual struggle and political struggle, so relief came a few years later when he (saw) met the Aws and Khazraj in Makka, which was crowned after only three years with the support point is in Medina; the state of the beloved Al-Mustafa (saw):

Brother Naveed Butt has become an example of a heroic symbol to be followed, in the concept of the work of the ideological bloc that is committed to its cause, so that the Ummah knows that there are men who did not change their positions and entrenched in the Islamic Ummah the greatness of adhering to the Shariah rulings, Allah (swt) said in Surat Al-Ahzab verse 23:

“Among the believers are men true to what they promised Allah. Among them is he who has fulfilled his vow [to the death], and among them is he who awaits [his chance]. And they did not alter [the terms of their commitment] by any alteration” [Al-Ahzab: 23]

The Pakistani authority committed this heinous crime against the engineer, Naveed Butt, and represented a vicious circle in blocking the carrying of the Dawah, and confirmed with this action the great influence of Hizb ut Tahrir in Pakistan and Afghanistan. The Pakistani government does not work for the benefit of the people of Pakistan, as it does not know the depth of thinking that Hizb ut Tahrir enjoys. The detention of Naveed Butt formed an opinion that it exercises double standard, and that what it had done would turn back on it and be a disaster for it and an opponent without credit. What is natural is that it should side with Islam and not to be hostile to those who carry for the Ummah the project for its unity, on the basis of its Deen, the Khilafah Rashidah State on the method of the Prophethood.

It is astonishing that the Government of Pakistan has detained Brother Naveed Butt for ten years, when it sees the Muslims of Kashmir for seven decades facing an existential threat and systematic demographic change, through Indian legal and military measures by annexing Kashmir by force.

It is astonishing that the Government of Pakistan imprisons Brother Naveed Butt for ten years, and there are field reports conducted by international bodies that say that the percentage of poor people in Pakistan has reached 40%, and that the Balochistan region tops the list along with the tribal areas!

Reports say that 191 Pakistanis committed suicide within a year to escape poverty, misery, and the state of hardship they live in, and that poverty drives many poor people in Pakistan to sell their kidneys, in an attempt to get rid of the debts that burden them, while the private hospitals that conduct these operations charge 15 thousand dollars for per kidney transplant, yet the person who sells his kidney receives only a thousand dollars! Reports say that lentils are almost a strategic crop in Pakistan, it constitutes the meal of the low income people below the poverty line, who number about 70 million people in Pakistan. (Al Jazeera Net).

Allah’s justice will remain, and Allah will take revenge from those oppressors who persisted in their oppression of the servants, especially those who advance in the ranks to reveal their plots and betrayals to the Islamic Ummah, to take a position that pleases Allah (swt). Only one thing to say to you: release the brother, the engineer, Naveed Butt, immediately. Those who committed this crime against Brother Naveed Butt, will be held accountable, by Allah’s permission, by the establishment of the Khilafah State soon, the promise of Allah, who does not break His promise.