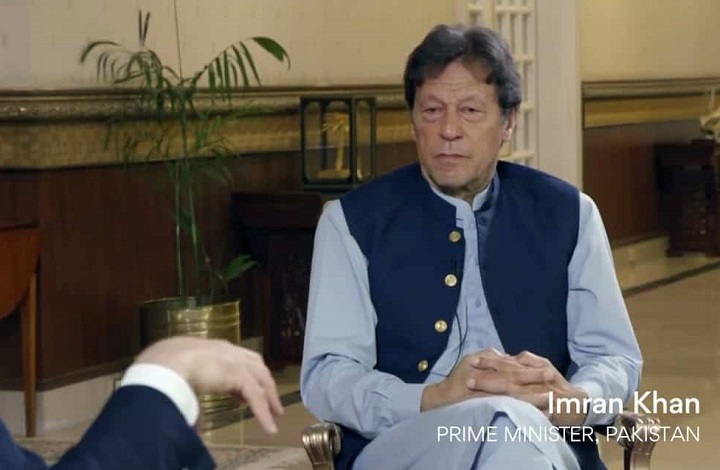 In an interview for Axios on HBO on 20 June 2021, Imran Khan declared, “The moment there is a settlement on Kashmir, the two neighbors would live as civilized people. We will not need to have nuclear deterrents.” The statement comes from a person who claims that he wants to make Pakistan an Islamic State but it is clear that he neither has knowledge nor understanding of Islam. Not only does Imran Khan not understand Islam, he is also unfamiliar with the global tradition that weakness allows the oppressor to oppress, whilst power and might deters oppression. After the establishment of the Islamic State, the Messenger of Allah (saw) focused on strengthening the military capability of Muslims, in order to eradicate disbelief and oppression from the world, ensuring Islam’s regional and eventual global dominance. Despite all manner of economic difficulties, the Messenger of Allah (saw) neither neglected Jihad nor compromised military preparations. The importance of military preparations in the life of the Messenger of Allah (saw) is clear from the fact that when the He (saw) returned to His Lord (swt), his major possessions included nine swords, rather than wealth.

Does the so-called claimant of making Pakistan an Islamic State not know that Allah (swt) has obliged Muslims to ensure Islam prevails over the whole world? Allah (swt) said in the Quran:

“He it is Who has sent His Messenger with guidance and the True Religion that He may make it prevail over all religions, howsoever those who associate others with Allah in His Divinity might detest it.” [Surah At-Tauba, 9:33].

“Make ready for an encounter against them all the forces and well-readied horses you can muster that you may overawe the enemies of Allah and your own enemies and others besides them of whom you are unaware but of whom Allah is aware.” [Al-Anfal, 8:60].

Does Imran Khan not know that not only is the Hindu state our enemy, but America is also an enemy of Islam, Muslims and Pakistan? If Iraq and Afghanistan had nuclear power, would the United States dared to have attacked them? Already Pakistan’s rulers cite economic compulsions as the reason for accepting American dictation, so if, Allah forbid, Pakistan’s nuclear power is compromised, then these rulers will present this as an excuse to hand over Pakistan completely to the United States. Today, one of the main reasons that the United States, the Hindu state and other kafir powers, including the Jewish entity, are afraid of a direct attack on Pakistan, is Pakistan’s nuclear power.

If Imran Khan’s intention to give up nuclear weapons becomes a reality, it will be the second major gift to the Hindu State, after his refusal to mobilize military force in response to Modi’s annexation of Occupied Kashmir on 5th August, 2019. The Hindu State will then be able to execute the US plan to contain China’s power in the region, as well as the growing revival of Islam, without fear from Pakistan.

Ever since Pakistan mastered and attained nuclear technology and weapons, the United States, the Hindu State, the Jewish entity and the rest of the kafir states have been worried that if the Khilafah is established in Pakistan, these nuclear weapons will become the power of the Ummah. Then, the kafir forces will not be able to oppress the Islamic Ummah. The Muslims of Pakistan and their armed forces must never accept the nefarious designs of the Bajwa-Imran regime, regarding dismantling of nuclear weapons. Allah (swt) has commanded us to make all possible efforts for war against our enemies, so giving up nuclear weapons is a betrayal of Allah (swt), His Messenger (saw) and the Muslim Ummah. O sincere officers in the armed forces of Pakistan! Is there any hope left in this agent political and military leadership? Provide Nussrah for the re-establishment of the Khilafah (Caliphate) on the Method of the Prophethood, which will unify all Muslim Lands and armed forces, making the Ummah into an invincible force with the Help of Allah (swt).