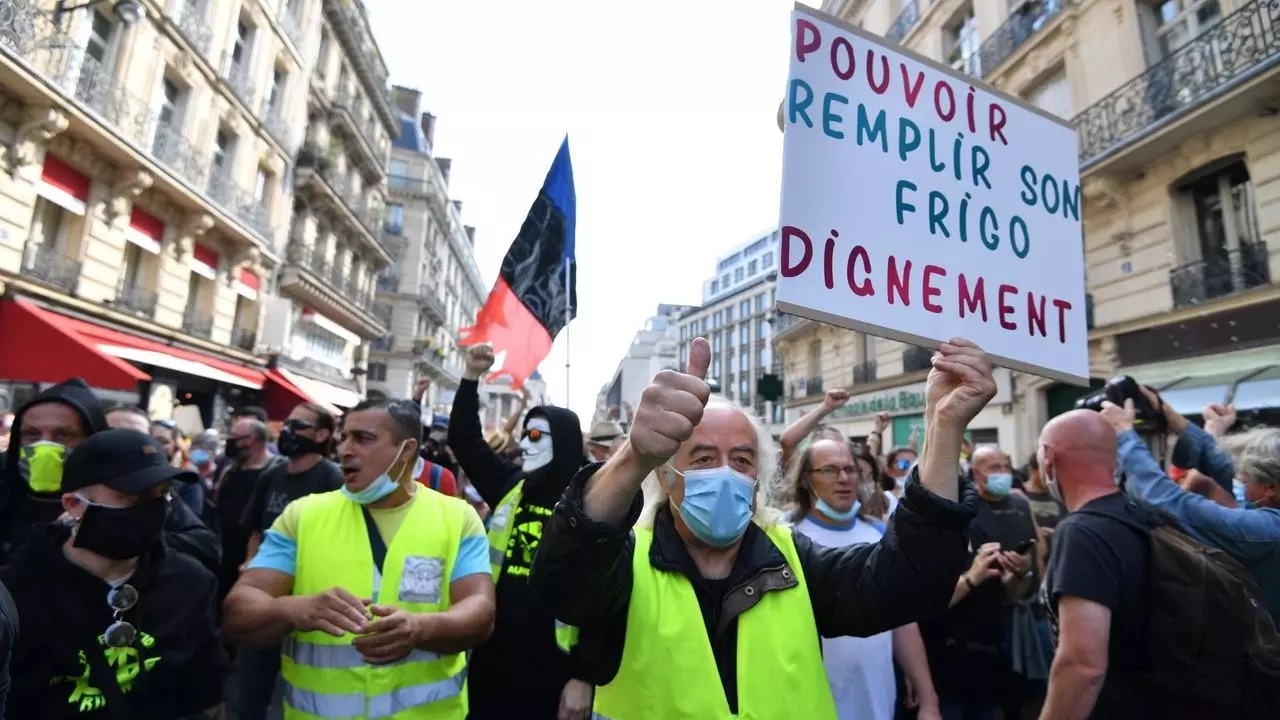 The republication by French satirical magazine Charlie Hebdo of a controversial series of cartoons depicting the Prophet Mohammed ﷺ to mark the beginning of a trial over the attack on its office in 2015 has once again brought to attention the tensions between France and Islam. The images sparked another round of violence, leading to the death of a French primary school teacher in October 2020. French President Emmanuel Macron has put the blame squarely on Islam stating that “Islam is in crisis all over the world.” France, has for long had a difficult relationship with Islam and its adherents. However, it now faces far deeper problems than its 6.5 million immigrants.

In 1789, France established a strong nation in the centre of Europe through the French Revolution. The French executed their King and became the first people to embrace individual freedom and secularism in Europe as values to build their socio-political system upon. The French were leading change in Europe and pioneering new systems;  this is why many thinkers and philosophers of the era were French, such as Voltaire. The French have ever since taken great pride in this era of history citing it as a core part of the French identity. Soon after, they turned their attention to Europe and beyond. France’s military hard power conquered with brutal efficiency, whilst spreading its soft power via its secular liberal culture.

The most important colony for France was the North African Territory of Algeria. The French conquered Algeria in 1830 and immediately set about dominating the land. Their main strategy was to make it part of France so it would be ruled as one nation. They attempted to do this by sending hundreds of thousands of Europeans known as pied-noirs to Algeria as settlers. But France struggled to control and maintain Algeria. Within the first three decades (1830-1860) of the conquest, up to 1 million Algerians, out of a total population of 3 million, were killed by the French due to war, massacres, disease and famine. The whole French occupation of Algeria consumed significant resources and there was one single cause for this, which Charles-André Julien outlined in Foreign Affairs in 1940: “The capture of Algiers in 1830 marked a significant departure in the expansionist policy of France, for North Africa was quite unlike older French colonial possessions in the Caribbean Sea and the Indian Ocean. The French soon discovered that North Africa did not produce tropical goods and that the native population could neither be destroyed to make way for European colonists nor enslaved to work for them. They also found that Islam provided the natives with a religious and a cultural ideal which they would stubbornly defend. France had not been fitted by experience to understand and govern an Islamic people”[1]

By the middle of the 20th century the global balance of power was changing. Whilst France and Britain were the dominant powers, WW2 changed everything. The Nazis humiliated the French republic by conquering it in a mere 44 days. France has had a hard time in the post-WW2 world attempting to regain its former position in the world arena. As the 20th century wore on, France’s place and influence on the world has only declined. The decline of French influence across the world is something the French people have struggled to come to terms with.

France’s dwindling influence in the world has had an adverse effect on French society. Successive surveys of the French people continue to reveal a population frustrated with the new status quo. At the turn of the century, Time magazine declared French culture was ‘dying’.[2] France, once famous for its joie de vivre (joy of living), is suffering from existential gloom; Claudia Senik, a professor at the famous Sorbonne University concluded the French were now culturally miserable. Her studies of the French malaise, she believes dates back to the 1970s: “It’s linked to the way the French view the world and their place in it. They have high expectations about the quality of life, freedoms and many values driven by the French Revolution and this sets a high benchmark for satisfaction,” Senik says. “They look back at a golden age when France made the rules of the game, and now we are just another smallish country forced to accept and adapt to rules.”[3]

Whilst the French believe they have superior values, these values are failing to solve the myriad of problems the country is facing. On the economic front, the French Social Democratic model, where the government plays a large role in the economy, hides the country’s huge inequality. The richest 10% of the country own 55% of the nation’s wealth and income inequality is far worse. The French social security system had for long been the solution to this, but it is now the cause of a national debt exceeding the nation’s GDP. Individualism in France has for long been promoted as a French value but it has resulted in France having Europe’s highest rate of use of mood-altering drugs, and one of the highest rates of suicide. France is now regularly found in the top ranks of European consumers of tranquilizers and alcohol. The French have been found in polls to be one of the most unhappy people in the world.[4] Liberty, equality and fraternity may be the French motto but they have done little to deal with inequality, divisions and abuse of power in France.

France regularly tops surveys on the level of misery and the lack of hope in the future. The Yellow vest protests that brought France to a standstill prove it is not its Muslim minority who are the cause of the country’s problems but the failure of the political class and systems, which is a wider problem across the developed world. Freedom has become synonymous with social problems such as family breakdowns, depression and loneliness. Secularism separated church and state, but money and politics have poisoned the political systems across the West – systems that have failed to deliver for the people. French politicians constantly deflect discussions around this by blaming immigrants and Muslims and that’s why today the muscular, state-imposed liberalism resembles a rigid new age conservatism confronting its 6.5 million minority immigrants – immigrants who came to France seeking a better life, but arrived at a time when the French people themselves were losing hope in their values, state and nation.