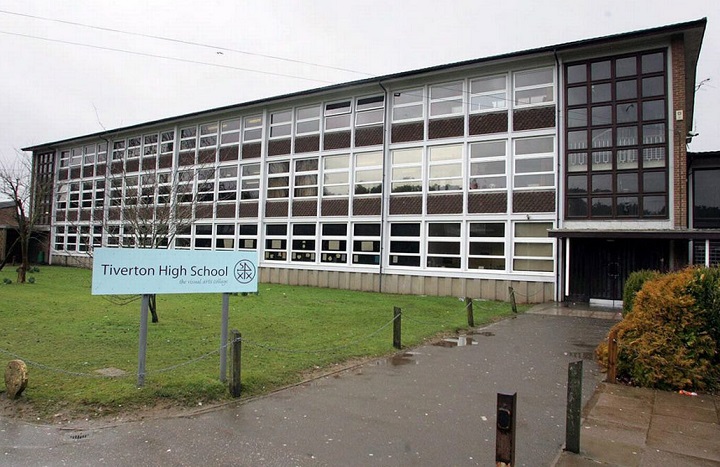 A headline in the Mirror Newspaper on the 11th of June: “School BANS all pupils from wearing skirts under strict new ‘gender neutral’ rules” shows what direction the Western gender manipulation is taking. The head teacher, Sammy Crook, explained the new school policy in a letter to parents: “We will follow other secondary schools in implementing a more gender-neutral uniform policy. Parents/carers will be pleased to know that the majority of the uniform will remain as it is, with the exception that from September all students will be expected to wear trousers.”

Comment:
Allah, the All-Knowing and Aware, exhorted us to consider His creation of humanity from men and women, but the perverted minds imagine that they can do better by re-engineering human gender as they please.

“O mankind, indeed We have created you from male and female and made you peoples and tribes that you may know one another. Indeed, the most noble of you in the sight of Allah is the most righteous of you. Indeed, Allah is Knowing and Aware.” [49:13]

Biological gender has always been an obstacle to the full implementation of secularism, because gender, which is binary in nature, results in real differences between the sexes that have always stood in the way of absolute equality. After adopting secularism, the West became engaged in internal struggles for freedom and equality, and one of these struggles was the struggle for equality of the sexes. Gradually, women in the West gained rights that Islam had long-before granted women, but which were not previously recognized in the West. Thus, Western women gained the right to vote and to own property and to study the same subjects that men can study in universities. However, the physical and emotional differences between men and women still hindered women from achieving the same things as men.

The subject of gender is continuously evolving as all efforts to achieve absolute equality between men and women have failed. Legislation to force employers to make allowance for maternity leave have helped women to balance child-birth and their careers, but still women on average are payed less than men due to the inevitable consequences of being away from the workplace, not only for child-birth but for child-rearing. Encouraging women to do jobs normally done by men and setting quotas for how many women should be employed in these jobs have increased female employment outside of their more restricted former roles. However, the drive for absolute freedom and equality has not stopped there.

Gender equality has mutated into gender neutrality where Western social manipulators are seeking to erase gender. Boys are encouraged to play at being mummies with dolls, and girls are encouraged to play at being daddies. While the school that has now made boys and girls to wear the same clothes in the name of ‘gender neutrality’ was motivated by problems with getting girls to adhere to the adopted skirt-length, it is not accidental that the school sought to get support for its new policy by playing the increasingly powerful gender-neutrality card.

Boys and girls are becoming increasingly confused about who they are as this perverse movement gains momentum.

The Pew Research Center reported survey results on the 7th of June 2022 showing that an incredible “5% of young adults in the U.S. say their gender is different from their sex assigned at birth” compared to just “0.3% of those 50 and older who are trans or nonbinary.” On the 24th of June New York’s Gender Recognition Act, will come into effect allowing people to record their gender as “X” on a driver’s license, instead of male or female.

Governor Hochul proudly announced that “Every person, regardless of their gender identity or expression, deserves to have an identity document that reflects who they are… My administration remains committed to ensuring that New York is a place of value, love and belonging for members of the LGBTQ+ community.” Many institutions have established ‘gender neutral’ toilets and even the language is being changed to be less ‘discriminatory’ of gender.

Not everyone is so happy about this. Many employees have been sacked or shamed for not using the new pronouns to describe the multitude of new gender combinations that perverted minds have imagined. Many female athletes have been unable to compete with more muscular male athletes who have chosen to identify themselves as female or who have identified themselves as trans-sexual and demanded to be treated ‘equally’ with biological females. Confusion, perversion and even disease are the results, and human happiness has not been increased by deviations such as these from the natures that Allah created us with.