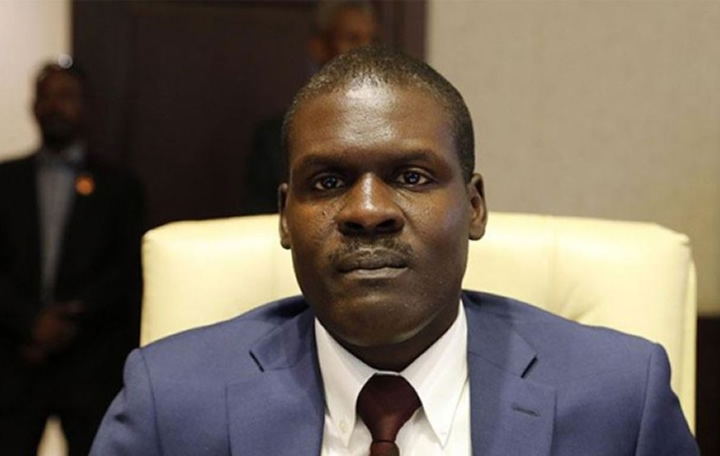 The Sudanese Minister of Justice, Nasreddin Abdel Bari, said that the inclusion of the gender equality provision is a fundamental pillar in the legal reform process undertaken by the ministry. Abdel Bari added that the legislative system based on gender equality will guarantee the rights of women in the future and not repeat the oppression and injustice that women have experienced in the past. And for her part, the representative of UN Women, Adjaratou Fatou Ndiaye, affirmed the means of cooperation between the Ministry of Justice and UN Women to promote women’s rights in Sudan and affirmed her support for the Ministry of Justice in the process of transforming into a justice system that guarantees women’s rights and gender equality. (Sudan News – Sawt Al-Hamish, 16/04/2021)

And we in the Women’s Section in Hizb ut Tahrir / Wilayah Sudan explain the following facts:

First: The Transitional Government has taken upon itself to fight what remains of the rulings of Islam by deleting and excluding them from legislation and replacing the laws of the Kafir West with them. Today, it misleads people by promoting the idea of equality – an idea that has nothing to do with our True Law – as a radical solution to women’s suffering. It is a malicious attempt to link gender differences with discrimination, injustice and violence against women that the Minister of Justice does not want women to repeat it in their right, knowing that the injustice that women have experienced is a result of the capitalist system imposed on Sudan since (the independence) and to this day. And the fact is that the concept of justice in our True Law has nothing to do with women’s access to the same political, economic, educational and judicial rights as men as it is in the West. Rather, servitude to Allah is achieved only by making the rights, roles and duties of men and women in marriage, family life and society in general linked to the doctrine of Islam and what emerged from it of solutions which preferred or equated women and men as servants of Allah and not slaves of the United Nations, which the Minister of Justice pleases and pleas its sympathy to obtain its support.

Second: What has the idea of equality produced for women and the family in the West itself? Let the minister the holder of American citizenship tell us, was it fair to the woman? Or has it increased her burdens and endless hardships due to the narrow view based on gender in solving the problems of society, which led to conflicts and disagreements in marital life and parental responsibilities, which caused neglect of children’s rights and throwing them in the basket of neglect (care homes), and reduced the value of motherhood, and women losing the ability to achieve their vital role as a mother and housewife, with competing responsibilities for them inside and outside the home? The idea of equality has caused great harm to families in the West, the owner of the idea, so why does the minister lead us to repeat the tragedy while we have the righteous ideology and the final religion that we have to carry to save the West from its family disintegration?

A final message to the Minister of Justice and the UN official:

The people of Sudan are Muslims who adhere to their religion and values, which are the right approach to organizing the roles, duties and rights of men and women, as well as creating families and households in which harmony prevails, sitting on its throne a queen called woman who is half of the society and the maker of heroes, the true men, who are free from all slavery except servitude to Allah (swt) who says:

O Muslims: The countries of Kufr have realized that the power of Islam still exists despite them tempting some of the weak souls of the sons of Muslims, by polluting their ideas with Western culture of feminists and semi-men, and that this did not achieve the disappearance of the standards and ideas of Islam, which prompted them to reconsider their plans, so they invented changing and amending the laws so that the Kufr states, with their official bodies and their agents of rulers, assume the task of ending Islam by eliminating any trace of its provisions in legislation. And that there is no refuge for you but to Allah, the Lord of the Truth, so gather on one man the (Khalifah) who leads you with the Book of Allah to purify the world from the uncleanliness of Capitalism.