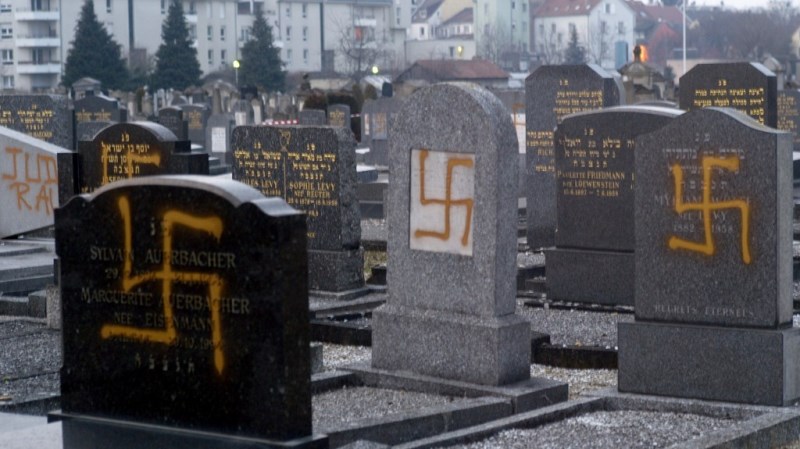 A manifesto calling for urgent action against the rising tide of antisemitism in France has been published by Le Parisien newspaper.

“Antisemitism isn’t the business of Jews, it’s everyone’s business,” states the letter, which goes on to note that “in our recent past, eleven Jews have just been assassinated – some of them tortured – by radical islamicists, simply because they were Jewish”. (Source: euronews)

The French elite of intellectuals and prominent figures have written and signed a manifest to declare that Jews are the victim of anti-Semitism instigated by Islam and the Muslims and that the Islamic texts that are calling for violence against Jews and Christians and other non-Muslims should be revaluated by Islamic theologians and declared out-of-date.

This manifesto came in reaction to the murder of an 85 old Jewish woman called Mireille Knoll by Muslim men. Even though the motives of the perpetrators were not clear, this case was right from the beginning speculated as an anti-Semitic hate crime. A holocaust survivor killed by Muslim men who shouted some Arabic phrases could for them mean just one thing; anti-Semitism.

Also a massive march was organised by CRIF, a Jewish umbrella organisation of Jewish associations to protest against this killing. None other than the prime minister, Édouard Philippe, among other prominent figures participated in this “White March.” Emmanuel Macron, the president of France, attended even the funeral. So this case was lifted up to a national paradigm as an anti-Semitism hate crime instigated by Muslims with Islamic motives.

Even if we assume that the motives of these men were motivated by anti-Semitism, the committed act of crime should have been evaluated as an individual act not as an act of the larger Muslim community or Islam as a religion. As a consequence of this, the French authorities and media fuelled anger and hatred against Islam and the Muslims. The already fragile relation with its Muslim minority came under even more constrain.

So the anti-Semitism card of the French authorities has been played very successfully, even though it has no solid bases and contradicts previous reports about anti-Semitism. For example, according to a publication of the government in 2017 which was compiled by the “Israeli” ministry for diaspora affairs, it reported that the number of anti-Semitic attacks in France dropped by 63.6 percent between 2015 and 2016!

Anti-Semitism is an issue in France; we should not forget the big share French nationalist and right-wing are playing herein. The fact that the political parties La France insoumise (the France that does not submit) and Front National of Marine Le Pen, which are located at the extreme left and far right of the political spectrum, were not welcome to the March is an indication of the sentiments of the French towards the Jews. CRIF chairman, Francis Kalifat, said: “The large numbers of anti-Semites on both the extreme left and the extreme right makes that the arrival of these parties (at the March) unacceptable,”.

So linking anti-Semitism, which is an existing problem in France, to Islam and the Muslims is a cunning attempt to use this sensitive sentiment to legitimize further pressure against the Muslim community in the hope to assimilate them.

So far, the so called “neutral” stance of secularism against all religions in the society has once again confirmed that this is nothing but an illusion without any reality, while hatred and fear for Islam is categorically promoted, and attacks against mosques and Muslims are increasing on the French streets. The French government spends €100 million Euros against anti-racism, and in particular anti-Semitism, and secures Jews shops, schools and synagogues.

Also it was no surprise that the main demand of the manifest was directed to Muslim theologians to change the meanings of the texts in the Quran and the Ahadith which are related to violence, according to their ill desires. A “French” Islam is strongly being promoted, not by countering ideas with ideas but by using repression, fear and distortion.

The cradle of liberal secularism who once produced thinkers and intellectuals who were able to influence the masses with their intellectual frameworks about their newly adopted worldview have left reasoning and resorted into using cunning manipulation to supress its minorities.

Secularism is dead, that’s clear, not only for the Muslims who are oppressed by it, but also for the thinkers and intellectuals who do not believe in it anymore.

“Hatred has already appeared from their mouths, and what their breasts conceal is greater.” [Ali-Imran; 118]