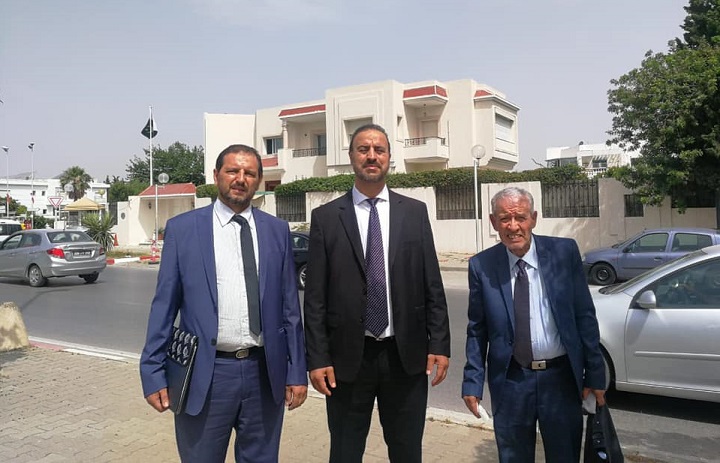 Monday morning, June 21, 2021 a delegation from Hizb ut Tahrir/ Wilayah Tunisia where the representative of the Chargé d’Affairs were handed two copies of the press release in Arabic and Urdu issued by the Central Media Office of Hizb ut Tahrir addressed to the Pakistani government under the title, “A Call to End the Forced Disappearance of Naveed Butt in Pakistan.” The delegation was headed by the Central Contact Committee, Ust. Yassin bin Yahya, Member of The Central Contact Committee Ust. Habib Al-Hajjaji, as well as the Head of the Media Office Dr. Al Assad Al-Ajili.

The press release mentioned how Brother Naveed was among the known Shabab known for his commitments towards Islam, good manners, truthful thinkers, and was able to envision the real “road map” to the rightly guided Khilafah.