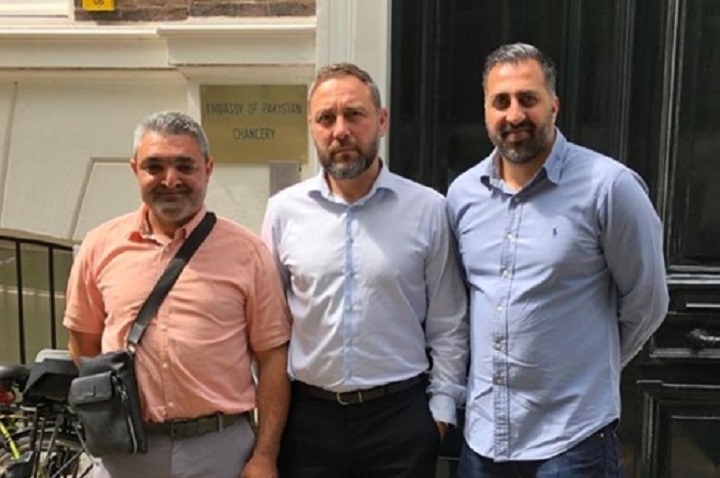 Today a delegation of Hizb ut Tahrir / The Netherlands visited the Pakistan embassy as part of a global campaign regarding the abduction of Naveed Butt, spokesman for Hizb ut Tahrir in Wilayah Pakistan. He was abducted by the Pakistani intelligence agency 9 years ago on 11th of May 2012 in broad daylight in the presence of his children. Up until today his family remain in the dark as to where he is held and if he is still alive.

The delegation of Hizb ut Tahrir / The Netherlands spoke with the assistant of the Pakistani ambassador and demanded clarification on the issue. After the meeting an official statement of Hizb ut Tahrir was delivered.
Engineer Naveed Butt was known for his high intelligence, leadership and tireless efforts to re-establish the Islamic state to the example of the Prophet (saw) and the rightly guided Caliphs. The issues he called the Muslims towards was to adopt Islam as a comprehensive system and to peacefully dispose of the suppressing Western hegemony that has had the Muslim countries in a chokehold for far too long. Naveed Butt was a thorn in the flesh for the wrong doers and a true liberation for the sincere believers.

We therefore address the sincere members within the Pakistani authorities, media and other channels of influence to take their responsibility to expose this issue and to side with Islam and justice; against the oppression and injustice of the puppets of the rulers and their Western masters and to release Naveed Butt to his family.