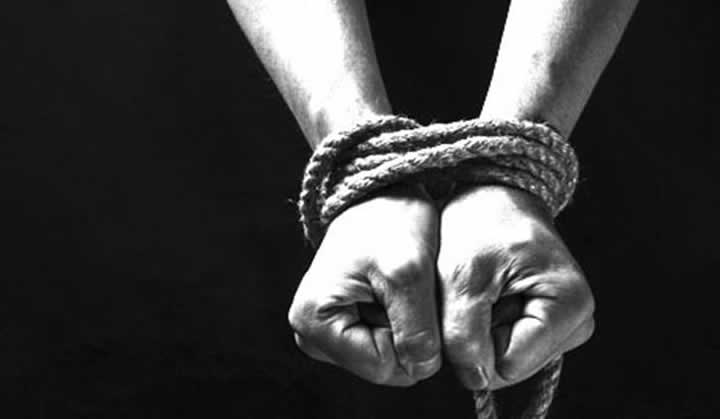 Are there no Rights for the Muslim who Stands Before Tyrants, Calling for Islam as a Way of Life?!

It has been five months since two fine young Muslim men were abducted by the regime’s thugs in Karachi, whilst accounting the rulers for their destructive alliance with the United States. Nabeel Akhtar is a Chartered Accountancy finalist and Junaid Iqbal is a textile engineer. Both are intelligent and pious men, good sons that Muslim parents pray for. The regime’s thugs seized them for distributing a leaflet entitled, “Enough of a Spineless Leadership that Allies and Seeks Honor with the United States” which asked, “How can we expect honor and trust from an alliance with such a hostile enemy, when Allah (swt) warned,

Indeed, questions are being raised about alliance with the United States throughout Pakistan, including within its armed forces; yet, the regime chooses force to suppress anyone who accounts them, whether by speech or written word.

It is clear to Muslims that they are living in a state where the rulers have sided with the enemies in their war on Islam. So, the rulers will plea freedom of expression for anyone who defames Islam, but will use an iron fist upon those who call to the speech of Allah (swt) and His Messenger (saaw). Islam did not merely grant Muslims the right to account the unjust ruler, it ordered it as a Fard ( فرض Obligation), whose neglect angers Allah (swt) and invites His Punishment. RasulAllah (saaw) said,

“The best Jihad is the word of truth before the unjust ruler”
[an-Nisai].

Instead of paying heed to truthful accounting, the rulers act like the Quraysh, persisting in their disobedience of Allah (swt) and His Messenger (saaw), slandering, seizing and beating those who call for Islam as a way of life. They do so even though Allah (swt) said,

Enough of injustice in a state that was created in the name of Islam and whose soil is irrigated with the blood of countless martyrs. Let us all, particularly those in the media and human rights organizations, raise our voices in all forums, at all levels, demanding the immediate release of our brave and righteous sons.