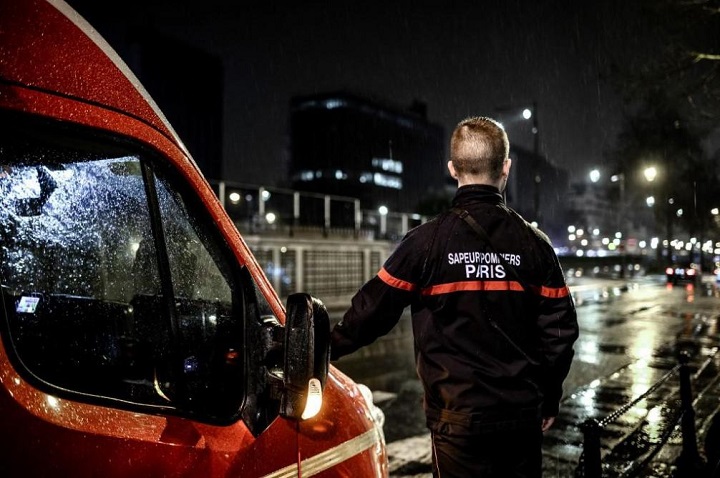 Franco-Swiss flamenco photographer René Robert died on January 19 in Paris. On the eve of his death at about 9 pm on January 18, he went for a walk around the French capital. During the promenade, Robert lost consciousness and fell on the sidewalk, where he lay until the very morning, when the caring homeless man finally called an ambulance.

Upon arrival, doctors found Robert in a state of severe hypothermia with a head injury and bleeding. Rescuers quickly took the photographer to the hospital, where he died without regaining consciousness. (Source: zn.ar)

Comment:
This case is perhaps the most eloquent and revealing example of exactly what values the militant secularism of the French Republic imposes on its society.

While French President Emmanuel Macron has declared war on Islam, clumsily disguising it as a fight against Islamic separatism and radicalism, while the French government is conducting draconian inspections of Muslim organizations, mosques and cultural centers, closing some of them, while French lawmakers are trying to create a “new Islam”, the fruits of the centuries-old planting of secularism and atheism began to appear in completely unthinkable and vulgar forms.

Journalist and musician Michel Momponte, a friend of the deceased René Robert, on his Twitter tries to impress the citizens of France with obvious truths that should be an integral part of any sane person:

“If there is any meaning to this terrible death, then it is this: when a person is lying on the sidewalk, no matter how we hurry, let’s check it. Let’s stop for a moment.”

Momponte claims that his comrade was killed by human indifference, because no one helped an elderly man lying on a busy street in Paris.

“For 9 hours, not a single passer-by stopped to look at why this person was lying on the sidewalk. No one!!!!” Momponte wrote.

But the main enemy for France was a Muslim woman fulfilling her duty to Allah SWT and covering her head with a scarf, as well as mosques where imams urge Muslims in France not to assimilate and adhere to the orders and prohibitions of Allah Almighty in their daily lives.

In the pursuit of “Islamic separatism”, they did not see that the main threat to the well-being and prosperity of France from now is nothing more than militant secularism and atheism, glorified by the founding fathers of the French Republic.

It was they who gave birth to a society for which it became normal to pass by a person lying on the sidewalk without signs of life.

Just think about it, Rene Robert did not die in some remote corner of the country, he died on a busy street in the French capital.

If the French government wants its citizens to die in the streets like stray dogs from the indifference of its citizens, then that’s their business.

But the Islamic Ummah will not allow these inhuman, immoral secular values to be introduced into their lands, as well as to impose them on Muslims who live in the Western world.

Muslims, whether in the Islamic world or in the West, will continue to call for benefactors, kindness, good neighborliness, compassion for people, regardless of their religious or national affiliation, because the Light of the great Islamic religion obliges them to do all this. They will study their religion in a full and comprehensive way, and no attempt by the French or any other Western government will be able to keep them from doing so.

And when in the Islamic world, by the will of Allah, the Second Righteous Caliphate arises according to the method of prophecy, then all of humanity as a whole, and the non-Muslims of France in particular, will witness the ascent of a beautiful society on the world stage, in which concern for a person, his life, reason and dignity will be the main purpose, as prescribed by the Shari’ah of Allah.