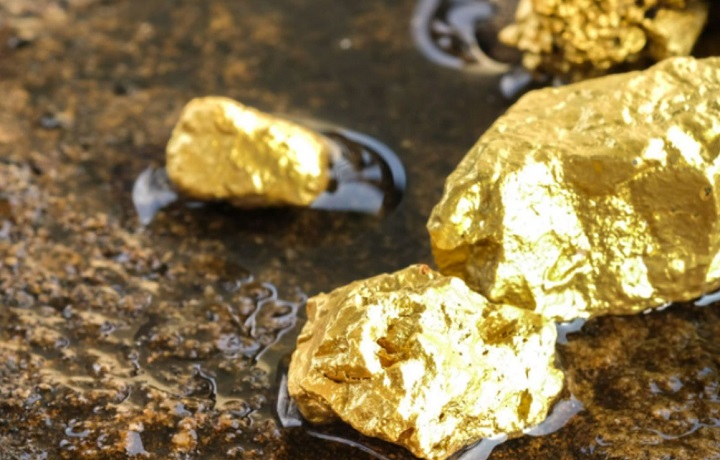 Finance Minister Jibril Ibrahim removed the curtain from what he called “great economic news” that contribute to solving many development problems in the country. On Sunday, 24/7/2022, the Minister addressed a meeting discussing accelerating the procedures for implementing the contract of the Ministry of Minerals with the Canadian Orca Gold and Australian Perseus gold mining companies in the region between the Nile River and Red Sea states, in the presence of the Minister of Minerals, the Director of the Sudanese Mineral Resources Company and representatives of the two companies.

The transitional government is obdurate; it does not benefit from advice and does not pay attention to the advisors, for in the Paris Peace Conference it opened the appetite of the colonial countries and their companies to plunder the wealth of Sudan in the name of investment. It follows the footsteps of the previous regime, where gold is looted from the places of production through private planes, and the people of the country find nothing of it. Rather, if the people of the country demand their right to excavate in these areas, they are killed; either by the bullets of these foreign companies, or by the government’s bullets: a number of the people of Wadi al-Sinqir were killed by the bullets of a Russian mining company on 4/3/2018. In the Qabqaba area in River Nile State, the police injured a number of miners to expel them from a “licensed plot of land” belonging to a Moroccan mining company, this is confirmed by the CEO of the Canadian Orca Gold Company, Richard Clark, who said: “One of the encouraging factors is that the Sudanese government has committed to what it promised, which is to clear the square of all forms of random mining that have attacked it, and that the government has managed, during the past three months, to evacuate thousands of random miners from the area. Without any accidents or clashes.” (Sudan Tribune 23/7/2021)

Let the wealth remain under the ground for the benefit of future generations, instead of being plundered by the colonial countries. Gold mining has become a profession for many of the people of the country, so why does the government want to fight them in their livelihood?! The CEO of the Canadian company said, “Sudan currently produces more than 100 tons of gold, all of which come from traditional mining” (Sudan Tribune 23/7/2021). What if the state cares and puts more effort and greater capabilities?

The disdainfulness of these rulers towards the minds of the people has reached a great extent. The Minister of Finance describes this plundering of wealth as: “Great economic news”! And he tried to mislead people and fool them by saying: “This project will create a lot of job opportunities and jobs”… Since when did the investments of capital companies benefit the people of the country?! Moreover, this wealth is smuggled out of the country and the people of the country live in poverty and are threatened by hunger. The CEO of the Canadian Orca Company said: “The company built an airport with a length of 2 km and at a cost of 7.5 million dirhams at the project site” (20/10/2021).

The continuous minerals are considered public property, which the lawgiver permitted the people in society to benefit from them.

The perennial water, is the one that does not dry up. He said that salt (which is a mineral) is similar to the perennial water, because it does not dry up. This is the same from various mineral mines such as iron, copper, uranium, gold…etc. Everyone can benefit from them directly or through a specific organization carried out by the state. These rules can only be implemented by the state of Islam, the Khilafah Rashidah (rightly-guided Caliphate) on the method of the Prophethood. O people of Sudan: work with Hizb ut Tahrir to establish it, for it alone can stop the colonial kuffar, and manage our wealth for the benefit of the Ummah.

“O you who have believed, respond to Allah and to the Messenger when he calls you to that which gives you life” [Al-Anfal: 24].