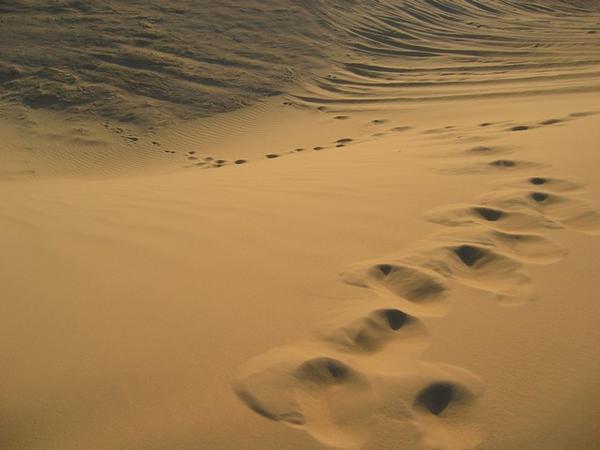 It is a great grace of Allah on the mother of the believers, Sayyedah Khadija, may Allah be pleased with her, to make her the first to believe in Islam and to accept the message of the Master of creation ﷺ, and provided her steadfastness in order to be a support and a help to her husband ﷺ. So, she addressed him with words that demonstrate wisdom, awareness and steadiness when the Revelation first came to him and he ﷺ said to his wife: «لَقَدْ خَشِيْتُ عَلَى نَفْسِي»  “I fear that something may happen to me.” Khadija replied, “Never! By Allah, Allah will never disgrace you. You keep good relations with your family, you help the poor and the destitute, you serve your guests generously, and you assist those afflicted by calamities.”

Khadija Bint Khuwailid was the first to enter Islam and the first to support the Deen; she learned about her Deen and carried the Dawah and spent her money on it. She has survived for years in the siege with her husband ﷺ. She suffered hunger and endured the harm of her family and their boycott of her, and shewas the wealthy woman, a daughter of the master of Bani Asad and a leader of women of Quraish.

Sayyedah Khadija was not one of the platforms owners and was not famous among the Arabs with eloquence and poetry. She was not known to be a scholar and did not witness the battles, nor was she famous for the narration of Hadiths, but she was one of the pillars of the Dawah. She supported without publicity and spent her money without exposition, and devoted her time and effort. She is a woman who filled the universe with glare in silence and dignity. She became famous with perfection and was honored in her home until she became the leader of all women on earth and was given the glad-tiding of being the leader of all women in Paradise so she was an example and a role model for all women.

Our mother Khadija was a source of comfort for her husband ﷺ. She was a support and helping hand for him, conversing with wisdom at times and treat with warmth sometimes. She believed him ﷺ when he was disbelieved by people, and she trusted him as the people denied him, and she supported him with her money when people deprived him. She was steadfast despite the hardships and the length of the road and the hurt of the parents and the clan, and was patient only to please her Lord Almighty. Khadija was patient and steadfast on the ideology and on upholding the Truth, so she supported her husband ﷺ the best of Allah’s creation and won that great honor before the time of seeking Nusrah (victory) and before the Ous and Khazarj won this honor. Al-Bukhaari and Muslim narrated that Abu Hurayrah (r.a) said:  «أَتَى جِبْرِيلُ النَّبِيَّ صلى الله عليه وسلم فَقَالَ: يَا رَسُولَ اللَّهِ هَذِهِ خَدِيجَةُ قَدْ أَتَتْ مَعَهَا إِنَاءٌ فِيهِ إِدَامٌ أَوْ طَعَامٌ أَوْ شَرَابٌ، فَإِذَا هِيَ أَتَتْكَ فَاقْرَأْ عَلَيْهَا السَّلَامَ مِنْ رَبِّهَا وَمِنِّي، وَبَشِّرْهَا بِبَيْتٍ فِي الْجَنَّةِ مِنْ قَصَبٍ لَا صَخَبَ فِيهِ وَلَا نَصَبَ». “Gabriel came to the Prophet and said, “O Allah’s Apostle! This is Khadija coming to you with a dish having meat soup (or some food or drink). When she reaches you, greet her on behalf of her Lord (i.e. Allah) and on my behalf, and give her the glad tidings of having a Qasab palace in Paradise wherein there will be neither any noise nor any fatigue (trouble)”.”

Sayyedah Khadija supported Islam in a time of crisis and then she departed from our mortal life before witnessing the glory of Islam and the safety of Muslims. She left three years before the Hijrah (immigration) to Al-Madinah and the establishment of the State of Islam. She left and did not tire and did not complain from the length of the road and the delay of victory, for victory is from Allah Almighty. Perhaps the most striking example of the Mother of the Believers is that the issue of Islam has become the center of life and the preoccupation. The call to Islam and its glory has become the trade and the merchandise. Despite the great role she played, fame was not an end and was not a goal. She did not have a separate issue from the issue of Islam and the work for its victory.

How far this unique model and this strong personality from today’s reality, which removes women’s identity to the abyss of empty narcissism under the slogans of self-realization, empowerment in society and highlighting the role of women! Slogans that have transformed the houses of Muslims from tranquility and warmth to anarchy of obstinacy, ill will and incessant conflicts and fierce battles in which women are defeated even if they triumph, living in constant anxiety behind the slogans of empowerment and superiority over men’s work while besieged by family failure. She fights a fictional battle, which she is unenviable over her imaginary victory. Women have become contending with men in the public sphere to be peers to men while disdaining their great role as guardians of their homes and neglecting those who they are responsible for, leaving the young generation reeling between subversive ideas.

The West has alienated Muslims from their state, as it has distanced Muslim women from their nature and made them renounce it and play a role that is not appropriate for them, striving behind an illusion and a mirage. They have removed the idea of ​​the Khilafah Rashidah (righteous Caliphate) from the minds of Muslims and made them – for decades – evade the mere mention of it, even though the Khilafah is not only an obligation (Fardh); the performer of which is praised and the one who abstains from it is condemned. Rather, it is the only method to apply the laws of Islam, and Islam cannot be applied except by it. It is the crown of the obligations, it is the shield, the guarantor of the empowerment of Islam and the expansion of its authority on earth by applying its provisions to Muslims internally and carrying it to the whole world.

Therefore, carrying Dawah by Muslim women is a great honor and a heavy responsibility, but needs excessive care and caution so that the work continues to be divine, carried out to achieve the satisfaction of the Almighty. A Muslim woman carrying the Dawah must be sensible and attentive to the impact of Western concepts on our predispositions and on our societies.

The woman in Islam is a mother, housewife, and an honor that must be protected. This Dawah, which we are talking about, is supposed to go hand in hand with the role of women — indeed, it is inevitable — to go hand in hand and in harmony with the role of the women mentioned above. Carrying Dawah should not remove a woman from her motherhood, nor should it prevent her from being a housewife, since motherhood is part of her nature. Therefore, it was natural for her to marry, have children and care for a home, besides educating herself to study individually and collectively, and to engage in intellectual struggle with every thought that contradicts Islam. She works with the workers to restore the glory of Muslims by implementing Allah’s law and establishing of the state of Islam. She does all this while being disciplined and committed to the orders of her Lord. She works within the Shar’i laws governing the relationship of men and women in public life, and organizes the priorities according to the order of the Lord of the Worlds.

Muslim women today should seek to change the society as did the Mother of the Believers, Khadija, may Allah be pleased with her, and to keep her work pure and divine. She carries the Dawah as a believer who seeks the satisfaction of her Lord and sees the success in the attainment of His satisfaction. She is not distracted from that by brilliant slogans seeking to remove her from her natural role and the destruction of her family and portray for her that the excellence is in butting heads with men, so she contends with men instead of cooperating with him on righteousness and piety and the pursuit of integration of their roles for the sake of the revival of mankind and human elevation.

“The believing men and believing women are allies of one another. They enjoin what is right and forbid what is wrong and establish prayer and give zakah and obey Allah and His Messenger. Those – Allah will have mercy upon them. Indeed, Allah is Exalted in Might and Wise.” [At-Tawba: 71]