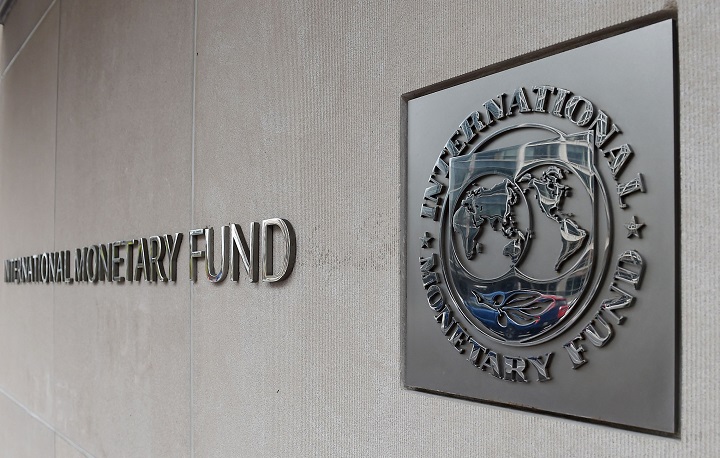 The IMF and the World Bank are considered amongst the important financial tools, used by major capitalist powers to dominate the world economy. This is being done by plunging other countries into continuous debts, whilst imposing economic dependency. Thus the loans offered by these financial institutions are the means of extending influence. They are political weapon in the hands of lender nations, used to impose their policies and systems upon those nations that take the loans. Any setback that inflicts the development projects in the indebted nations, is a setback for the system that implements them.

Financial and economic reformation programs imposed by these financial institutions upon the indebted nations are considered as lethal doses, unleashed upon the economy of nations. They are in order to make them dependent and subservient to the lending institutions. Loans are offered only after sending experts to know the financial ability of nations, exposing their economic secrets. They are given only after the imposition of specific conditions and projects. Most of the projects are consumer projects and public services and are not projects to optimize industrial production.

The conditions set by the IMF for loans are summarised in the following points:

Devaluation of local currency against the dollar. This is problematic in two respects: First: the rapid rise in local commodity prices due to low purchasing value of the local currency and high costs of production. Second: Currency devaluation inhibits the ability of domestic production to compete with the exports of lending nations, for other goods in the international markets, offsetting the benefits of reducing export prices. All these would lead to selling the energies and resources of weak nation at a low price.

Reducing the expenditures of the state to lift the burden of budget. This is done by reducing public sector wages, reducing or cancelling expenditures, grants and subsidies provided by the government for the people in the field of basic needs such as housing, clothes and food, as well as the necessities such as education and healthcare. The cost of living for individuals increases whereby illiteracy, sickness and poverty prevails. An increase in fuel prices in turn increases the prices due to rising costs of transportation. All this leads to a high cost of living, economic recession and currency inflation.

Increasing the budgetary resources through regressive taxation, such as sales tax, income tax, capital gains tax and labour tax, will all increase the prices and harm both the consumer and producer. The demand for commodities will decrease, causing harm to the producer or exporter. The burden upon people will increase as the regime feeds off the blood of its citizens. The Prophet (saw) said: «إن من أعظم الخيانة أن يتاجر الراعي في رعيته»“The worst of treacheries is the guardian who trades over his wards.”

Privatization: It is the selling of public establishments and institutions to the private sector to finance the treasury. It is amongst the most important and dangerous policies imposed by the colonialist IMF upon the indebted nations, to devour the capabilities of peoples.

Austerity measures that are bound upon the state. These include raising the interest rate, increasing tax and increasing customs tax including that upon food and essential commodities, whilst reducing the expenditures. It is overburdening the people beyond their abilities.

The objective of the policies adopted by IMF is to transform the indebted nations into markets open for the exchange of goods from capitalist nations at high prices, creating targeted conditions to transform the economy. These measures are based on planning and centralized guidance into the economy of capitalist markets. It is manipulation by the savage capitalism that only knows greed and more profits.

Thus the conditions imposed by IMF are in fact constitute a destructive package that would eventually lead to starvation of the people and bring the nation to its knees.

As for the international bank, the World Bank, it depends on supporting the so-called “infrastructure development.” It focuses the sovereign wealth in order to invest, as it claims. However, the select projects do not bring profit to the state. Examples include heritage preservation projects, environmental projects, tourism projects, reproductive health projects (for reducing population growth) and education reform and others. As for large and strategic projects, the bank will only invest when it is undertaken by Western multinational companies. Thereby the World Bank drowns the state with debts, disrupting the wheels of development, plundering the wealth of the Ummah.

The loans provided by these two institutions are of two kinds: Short term loans and long term loans. As for the short term loans, the intention is to strike at the currency of the nations to create turmoil therein. This is because payment is accepted only as hard foreign currency. The nations are unable to pay with these currencies due to scarcity or because the nations need such currencies for international trade. This compels them to buy such currencies at higher prices and so the value of their own currency falls, forcing them to resort to the IMF. Their currencies are controlled according to the policy set by America, as it is the one that controls it, holding the majority share in the bank.

As for the long-term loans, they are extended over longer periods. The diversion of such loans to personal account balances is ignored. Payment is tolerated beyond the due date, such that debts accumulate and become huge sums, which the nation is unable to pay. Thus it begins interfering the indebted nation, either directly or through institutions used for lending. A program of economic correction will be imposed that includes fatal conditions, such as currency devaluation, reduction of government spending, privatization of public projects, floating the prices of many commodities, raising duties on materials and services such as fuel, water and electricity, imposing new taxes, and other measures that would place the economy of any nation and its fiscal policy under the control of the lending nations. This is in addition to the fact that a significant proportion of the loans obtained by the borrowing nation from the World Bank or the International Monetary Fund, will be directed to budgetary support to repay old loans.

Borrowing loans from these international institutions will not lead to economic recovery. What will fix the economy is the implementation of ideological legislation emanating from the ‘Aqeedah (doctrine) of the Ummah, emanating from the Book of its Lord (swt) and the Sunnah of His Messenger (saw) and not the theories of the capitalist ideology and the way of life of disbelievers. Moreover, it is well known to the far and near, that both IMF and World Bank are the colonialist institutions of the major powers to interfere in the affairs of world nations, by drowning them under continuous debt and imposing economic dependency upon them. Poverty has increased and problems have multiplied and worsened. Nations like Pakistan, Iran, Turkey, Egypt, Tunisia and Jordan are the best witnesses in this regard, after they had decades of continuous transactions with these two institutions. The reality has prompted some of the prominent international observers to demand for the abolition of these two institutions or the placing restrictions upon their interference in the domestic and foreign affairs of the nations. American and European nations are using the two institutions as powerful tools to realise their political objectives.

Borrowing from these institutions that operate under the usurious capitalist system will drag the Muslim lands more into poverty and dependency. Evidence for this is there in all parts of world, more than can be counted. Moreover, this would cause the Wrath of the Lord of all humanity as it is the usurious transaction prohibited by Shariah. Allah (swt) said:

“Allah destroys interest and gives increase for charities. And Allah does not like every sinning disbeliever.” [TMQ Surah al-Baqarah 2:276]. Allah (swt) said,

“But Allah has permitted trade and has forbidden interest.” [TMQ Surah al-Baqrah 2:275].

It is reported in Sahih Muslim from Jabir (ral): «لَعَنَ رَسُولَ اللَّهِ صَلَّى اللَّهُ عَلَيْهِ وَسَلَّمَ أَكَلَ الرِّبَا وَمُوَكِلَهُ وَكَاتِبَهُ وَشَاهِدَيْهِ وَقَالَ هُمْ سَوَاءٌ»“The Messenger of Allah cursed the one who accepted usury, the one who paid it, the one who recorded it, and the two witnesses to it, saying they were all alike.” [Muslim]

Thus the economy has never and will never recover with Haram, nor will it be revived by violating the glorious Shariah of Allah (swt). Allah (swt) says:

“And whoever turns away from My remembrance – indeed, he will have a depressed life,” [TMQ Surah Taha 20:124].

Whoever turns to colonialist institutions, is seeking cure through the disease itself, leaving the Ummah as a prey for more plundering by the major powers and their institutions. In order for the Ummah to revive the economy correctly, it is upon Muslims to implement the Islamic economic system completely, within the framework of implementation of complete Islamic systems, without leaving any of their parts. Indeed, the Ahkam of Islam are interconnected and interrelated and thus must not be separated or divided. Moreover, it is not permissible in any case. The revival would be led only by the complete implementation of Shariah within the framework of Islamic state which is the Khilafah (Caliphate) State.

“And if only the people of the cities had believed and feared Allah , We would have opened upon them blessings from the heaven and the earth; but they denied [the messengers], so We seized them for what they were earning.”” [TMQ Surah al-A’raaf 7:96]