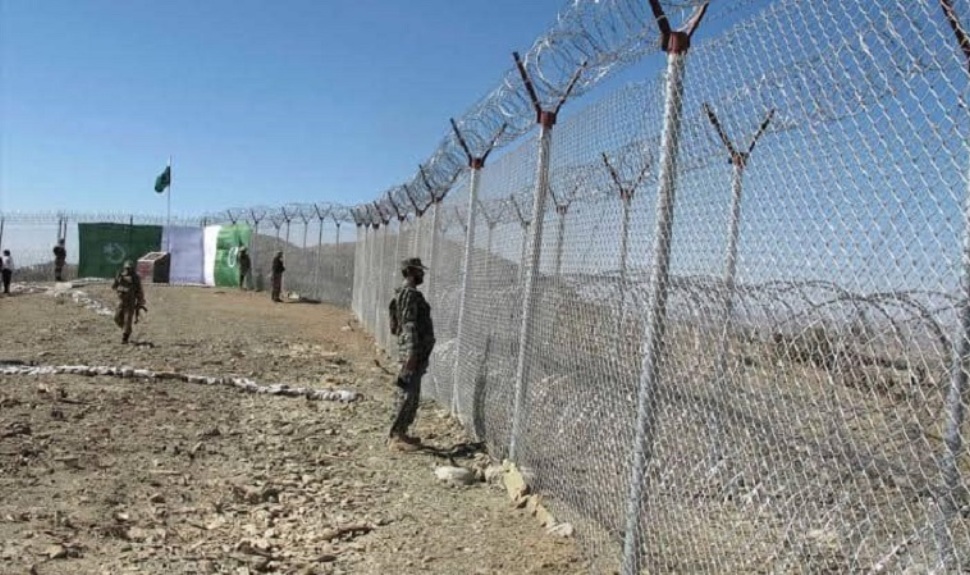 The Purpose of Fencing Off Public Development Projects with Barbed Wire in Gwadar is to Secure Chinese Colonialism. Only the Islamic Khilafah will Ensure Balochistan’s Well-Being Permanently

The partitioning away of a sizeable region of Gwadar by barbed wire fencing has sparked countrywide discussion again. The stated purpose of the fencing off is to secure the movement of the Chinese during their forays for recreation, after strenuous work hours, according to a Gwadar Development Authority official. However, the local Muslims considers this measure as part of an insidious plan to loot the resources of Balochistan, whilst oppressing their rights. As such, the barbed wire fencing for the Chinese is a painful reminder of the governing of Balochistan in a colonialist manner, through democracy and the federal form of government.

Democracy effectively surrenders decision making to favor the majority faction. Even if a person from Balochistan became Prime Minister, he outweighs his attention to the region of the majority to win the next elections, over and above the region of Balochistan. Thus, Democracy results in exploitation and deprivation of regions that have lower electoral populations. Furthermore, the federal system of governance worsens divisive politics based on provincial ethnicity, because provincial and ethnic identity are granted legal endorsement, in the name of provincialism. Then, the federal system ignites tensions between the center and provinces, with the horrific neglect that we witness in Balochistan today. The federal system is a counter-productive attempt to minimize the negative effects of Democracy, through its distribution of resources weighted towards the electoral majority. In the name of provincialism, the federal system divests power and authority to the provincial level to reduce the suffering of smaller provinces under Democracy. However, the federal system itself gives rise to a new conflict of distribution of resources and authority between the center and the provinces.

Certainly, Balochistan is burning in the fires of neglect because of federal Democracy. However, the rulers of Pakistan insist on the imposition of this rotten system left behind by the British colonialists. The current colonialist system has only increased the grievances of the people of Balochistan, igniting a destructive conflict between the center and the province, generating a virtual civil war. The use of material force without hesitation has further escalated the conflict, providing opportunities for foreign enemies to exploit a conflict between Muslims that weakens them all.

It is only the Islamic Khilafah (Caliphate) that will resolve the neglect of Balochistan. Islam’s unitary system guarantees the same rights for all of its citizens, on the basis of the unchangeable commands of Allah (swt). In the Khilafah, the Khaleefah does not face the threat of no-confidence motions that force Democracy’s rulers to favor the majority over the minorities. In Islam, there is no discrimination against any region with regard to development projects, which are carried out with the consent of the local people. In Islam, resources are not distributed on a majority basis, but according to the commands of Allah (swt). The proud, brave Muslims of Balochistan fiercely resisted the British colonialist on the basis of Islam, yet the colonialist federal Democracy has drowned them in deprivation. It is the Khilafah alone that will secure the well-being of the Muslims of Balochistan, strengthening them by the strong bond of Islamic brotherhood with the vast and diverse, unified Islamic Ummah.