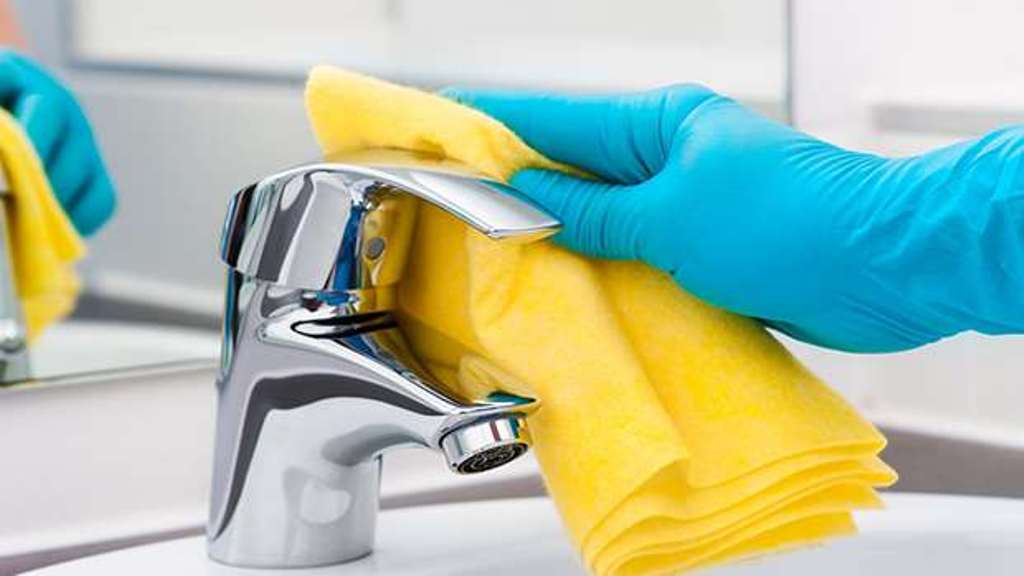 On Thursday, 25 April 2019, when members of the Communications Committee of the Women’s Section in Hizb ut Tahrir / Wilayah Tunisia attended the Tunis Forum on Gender Equality in the City of Culture, they met with a group of female cleaners in front of City of Culture, where 42 female cleaners had been dismissed since Saturday 13 April 2019; as these women were employed in the City of Culture through a company for a period of more than one year. This coincides with Tunisia’s embrace of the global forum for Gender Equality in the City of Culture. The workers said: “The real reason behind their dismissal without prior notification from the administration or even giving them a deadline is that they reached the age of 40 or above, since at this age a woman is not qualified to work hard and to give good cleaning services.”

The Minister of Women, Naziha al-Obeidi, met with the picketing female cleaners in an emergency meeting – to save face – but it did not result in any immediate radical solution, rather, according to the women workers: “The minister proposed to give them loans to establish microenterprises”. Nevertheless, they need a long time to complete the loan procedures, in addition, banks do not accept granting loans to those who do not have a vocational formation or university certificate, and they do not have any special skills. Then the meeting ended – according to their statement – by forcibly expelling them and trying to obscure them when the international figures participating in the Tunis Forum on Gender Equality came.

– Yes, this is the case under a hideous capitalist system that persecutes hardworking women who earn 380 dinars a month for eight hours of hard labor, while not being paid for working on Sundays at sometimes to be voluntary days, and then they are expelled for purely sordid utilitarian reasons.

– This expulsion and picket under the Equality Forum and in the home of its hospitality, and the raising of the slogan of economic empowerment of women and the advancement of the economic initiative by the ministry of the family, women, children and the elderly is a scandal over the scandal.

– The reality of the situation reveals the falsity of the slogans of women’s liberalism in Tunisia and the reality of the malice that lies behind the Equality Forum, which is totally far from, and the least of its concern is the status and poverty of women. It mainly aims at passing colonial agendas in which it promotes secular standards, strikes the concepts of Muslim women and entrenches exploitation of cheap and unprotected women by the capitalist companies.

– We in the Communications Committee of the Women’s Section of Hizb ut Tahrir in Wilayah Tunisia condemn this heinous act, which is no longer an incidental case, but a daily violation practice in all sectors: factories, agriculture, simple employment…

– As well as we are not surprised by and do not wonder about this in the shadow of our oppressed living under the colonial capitalism and our deprivation of the rule of Islam and the just law of our Lord, which establishes the instinctive rights of women in maintenance and care without the need for work, and what is this work?! Work that has great humiliation, harassment and daily exploitation to throw women in the end as an expired paper towel. Whereas the age of forty in women is the peak of their giving to the family and children and the culmination of their preoccupation with child rearing, care, teaching, vigilance and follow-up!

– To the hardworking Muslim women in Tunisia, we say: You must realize that the capitalist system demeans your motherhood and your honors and sees you only as labor machines.

– You have to stand up against the corrupt intellectual system as a whole and not just be sufficed with professional side demands, for this is a fragile demand that does not give any fruits.

– The only solution is to raise the banner of Islam and its rule, as it is the only fair alternative system that can heal your breasts.

“And whoever turns away from My remembrance – indeed, he will have a depressed life and We will gather him on the Day of Resurrection blind.”