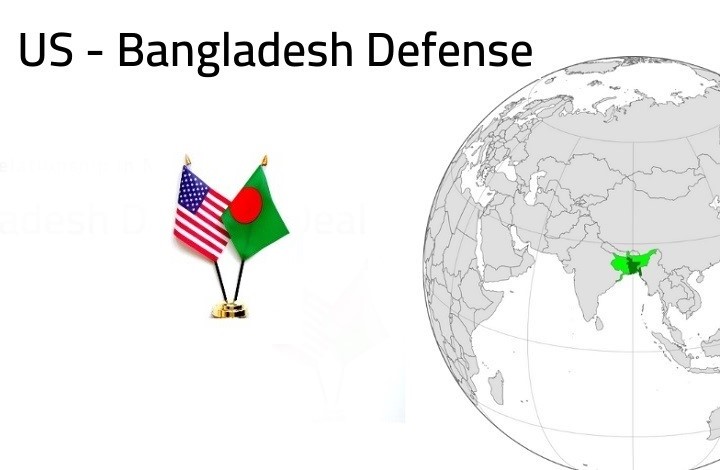 Having been pursued for years, Bangladesh has finally passed a draft defense agreement with the US during the eighth partnership dialogue between the two held in Dhaka, Bangladesh on Sunday (March 20). Two agreements have been drafted on ACSA (Acquisition and Cross-Servicing Agreement) and GSOMIA (General Security of Military Information Agreement), which are expected to become agreements soon. US Under Secretary for Political Affairs Victoria Nuland said the dialogue involved economic, security, and technology elements, and “we love to see Bangladesh be involved in much of it (Indo-Pacific Strategy) as you (Dhaka) are interested in being involved in with” (Times of India, Mar 20, 2022). Apparently, you might see political, economic, and security benefits in these defense pacts touted by the US, but, in reality, these are proven harmful to the sovereignty of the Ummah.

O People, you should know that these so-called cooperation dialogues are the tool of the disbelieving colonialists to control our military, use them as fuel for their geopolitical interests, and maintain their hegemony over our people and State as well, The US will use our military as fuel for their geopolitical rivalry in the Indo-Pacific, as stated by Victoria Nuland. Earlier, they used to invade other countries directly to take control. And today the same hegemony is maintained but under the guise of various types of aids, military agreements and alliances by their agents’ secular rulers in this neocolonial era. The fact of the matter is that the corrupt Hasina government is feeling threatened and afraid of being removed from power by the US. So, it is participating in this series of dialogues to pursue the dangerous anti-State policy of appeasement with the US. But the Hasina government should remember that the US never shows mercy to any of the puppet regimes once her purpose is served.

O People, Allah (swt) forbade any such dialogue and agreement that definitely give the kuffar upper hand over us. He (swt) says,

“If they have the upper hand of you, they will be your foes, and will stretch out their hands and their tongues toward you with evil (intent), and they long for you to disbelieve” [Al-Mumtahanah: 2].

O People, take heed to our calls! Do not be under the false belief that any other political parties or personalities under this secular democratic system can safeguard you from the evil of the Kafir Colonialists. They are all agents of the West, and you will replace one agent with another if you do not work for changing the entire Western-backed democratic system. Your one and only demand should be to re-establish the Khilafah Rashidah (rightly guided Caliphate) state on the method of Prophethood. Otherwise, you will keep suffering in this dunya as well as in the Akhirah for your negligence about fulfilling this great obligation. You must work hand in hand with the truthful party Hizb ut Tahrir so that Bangladesh becomes the starting point for the return of the Khilafah as a guardian over the Ummah.

O Sincere Officers in the Armed Forces! You are the most capable sons of this Ummah who hold the real power and can bring the new era that will end the humiliation, subjugation, and insecurity of the Ummah. The blood you carry in your vein is the blood of the general Sa’ad bin Muadh (ra) who supported Allah (swt) and His Messenger (saw) to establish the first Islamic state in Medina. You are the descendants of the great warrior Salahuddin al Ayubi (r) who brought life to this noble Ummah by liberating Al-Aqsa through Jihad for the sake of Allah. Your ancestors never failed to seize the opportunities to replace the oppression and humiliation with the ‘izzah (glory) for Islam and the Muslims. We call upon you to play your vital role today when you are entrusted with Ummah’s sovereignty and security. Pursuing mundane jobs like university professors and careerists cannot be your goal when Allah Azza wa Jal demands your blood and sacrifice for the dominance of Islam and the Muslims.

We warn you that it is clear haram to get into any form of pact or alliances with the belligerent enemies who never fail to harm the noble Ummah. So, remove the chains of the colonialists and their puppet regimes from your necks and extend Nussrah (material support) to Hizb ut Tahrir to re-establish the promised Khilafah Rashidah. We remind you of the noble words of the great companion of RasulAllah (saw) – Abdullah bin Rawaha (ra) during his pledge of Nussrah that he extended to RasulAllah in the historic meeting in Aqabah prior to the establishment of the first Islamic State in Yathrib. When he asked RasulAllah what would be their rewards for giving protection to the Islamic State and defending that against any threats, RasulAllah (saw) informed them about the great rewards that awaited them in the Akhirah. Upon hearing that, Abdullah bin Rawaha (ra) replied:

“A profitable trade (Ribh ul-bay’)! We will not annul nor ask to be annulled”.