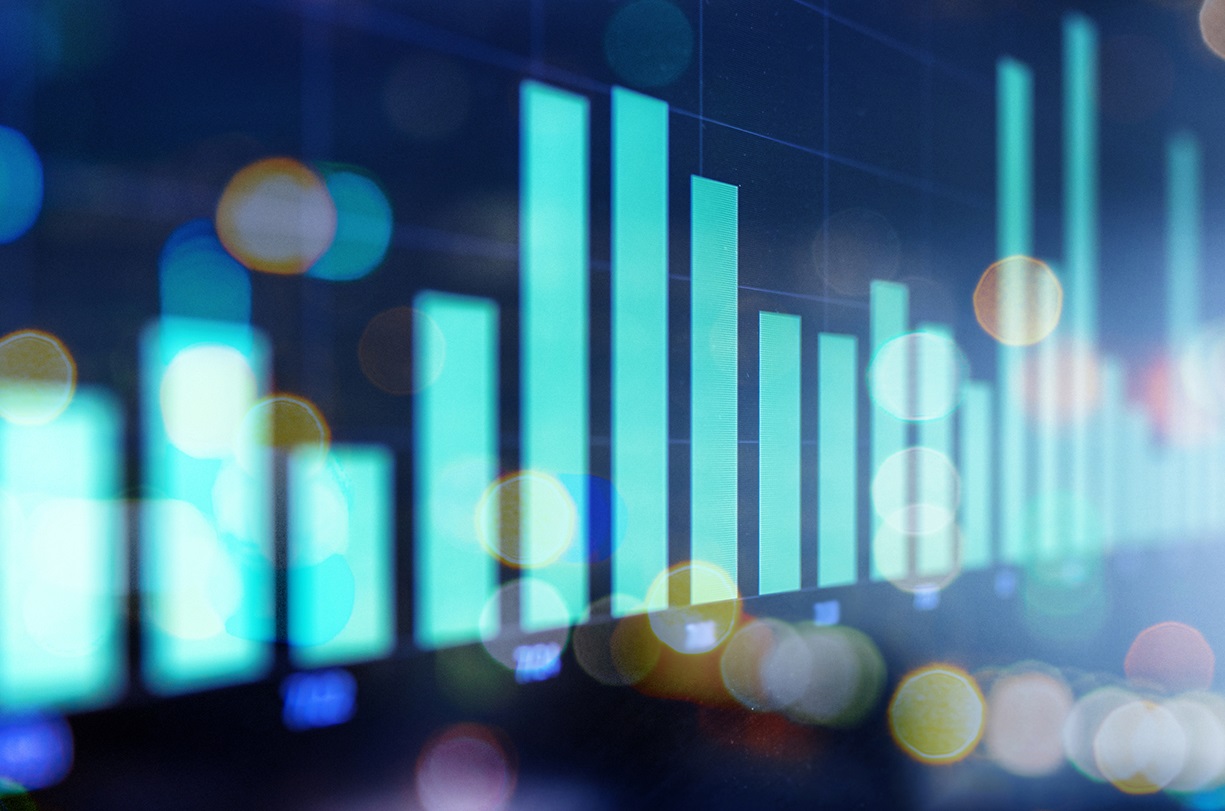 Recently, I read an article by one of the excellent Shabab, whom I consider one of the Hizb’s pillars, in which he says: “…at the moment when we are able to achieve sufficient public opinion on the Islamic political project embodied in the Islamic state and its unique political system in at least one of the countries with enough protection from the people of power and Nusrah (protection) who seize power from its usurpers and agents, the Islamic State will rise on its feet to change the face of history.”

When I inquired from about this article, his response was: “Public opinion has not given us its leadership yet, although we have a credit of respect and trust in some countries. Also, the people of Al-Nusra often do not give their leadership to those who have no strong popularity in society.”

We, as a Hizb, want a public opinion accompanied by a public awareness of Islam that we are proposing, and we want to bring the Ummah to the highest level if possible. However, this is not a condition for us to start the process of seeking Nusra, in my opinion. As the Ummah has always emotionally chosen Islam and did not discuss the Islam proposed by the Hizb al-Nour, the Tunisian An-Nahda, the Brotherhood or Erdogan when it elected them. And if it found us on the scene involved in the international system, it would have chosen us before them, as it trusts us and even urges us to participate in the elections in order to choose us. Islam will return as strange as it began. And saying that if we take the rule before the Ummah understands what we are proposing of Islam, it will turn away from us or say: This is not the Islam that I want, is an inaccurate statement and that will not happen, because the Ummah accepted ideas that were not from Islam at the end of the Ottoman empire on the basis that they were from Islam, merely because “scholars” or the Sheikh of Islam has said so, and the Ummah did not discuss its validity, and up until now, it accepts what the glorified scholars say on the satellite channels. When the Messenger (saw) migrated to Medina and took power, the public opinion was with Islam, even though legislation had not yet been completed.

And now, when the Taliban came to power, several topics were raised on Al-Waqiyah TV about Taliban, such as should we ask them to declare the Khilafah (Caliphate) and advise them that their reference should be Islam and not become involved in the international system etc… the same Shab whose opinion I quoted on the issue of public opinion says: Taliban should have Islam as its reference, and its support should be the Ummah, and it should have depth in its surroundings, so it should not consider the borders between Muslim countries. This is a true and good statement, but he did not count public opinion as he sees it.

Please advise us, may Allah have mercy on you.

May Allah bless you for your good prayers, and May Allah Almighty bless you with goodness.

This public opinion took place in the mid-1960s and then the Hizb began to seek Nusrah in all its Majaal, according to the conditions of those countries and according to what the leadership of the Hizb sees, and I will mention to you below some relevant matters:

[… In early 1964 CE, the Ummah’s response to the Hizb was found in Jordan, i.e. in one of its Wilayah (states), “and the accession of a neighboring country was confirmed, i.e. the public opinion emanating from public awareness as well as the elements of the state was found”, and thus the response to the Hizb as a whole was as if it happened in all His scope, therefore, confining the request for Nusrah to one of the two topics (one of which is enabling it to carry the Dawah, and the second is enabling it to reach the government), it confined it to seeking Nusrah to take the rule, and since that time it has been working on seeking Nusrah to seize power. Seeking Nusrah to seize power is a method and not a style, i.e. it is a Shari’ ruling that must be adhered to, and it is not an action that is required by reality, so the Hizb has engaged in seeking the Nusrah. However, the actions of seeking Nusrah are huge and dangerous, not every Shab is able to perform them, and it is not right for the Hizb to assign them to any Shab, so it was not possible to assign it to all the Shabab… The Messenger (saw) asked for the support from tribal leaders or heads of states, and from the delegations that came to Mecca, and from the strong men who used to go to the House, that is, he used to seek Nusrah from the strong group, the one worthy to seek Nusrah from; Musab bin Omair asked for Nusrah from the leaders of Al-Madinah, and he asked it from the strong men, then he gathered them one by one and took them as one group to the Messenger (saw) to actually support him and hand him the authority of Al-Madinah, defend the call and die in order to protect it.

This reality is the same as the reality that the Hizb has in its work seeking Nusrah; it seeks it as the Messenger of Allah (saw) was seeking it, and as Musab was seeking it, whether by following the Messenger’s way of seeking Nusrah from a single group, or by Musab’s way that was approved by the Messenger (saw) which is to seek Nusrah from the strong individuals one by one and then gather them together in one group to actually carry out the action of providing the Nusrah…]

[The support point (Nuqtat al-Irtikaz) is the place in which the state is established, i.e. the place where the Hizb takes over the rule… that is, if it does not have all the elements of the state, then it is not suitable to be a support point, unless there is another place, that is another entity that is asserted to respond with it if the state is established in it, and it is possible that all the elements of the state be realized in both of them together or in one of them…

… Jordan had responded by itself without any effort from the Hizb, so the Hizb had to work to take power in Jordan. Thus, the Hizb began to work in Jordan and other than Jordan to find the sufficient material force capable of taking power by seeking Nusrah, especially after the response had been achieved by another entity. Thus, Jordan can be a support point (Nuqtat al-Irtikaz), and became possible to take power in it, because the conditions for the support point (Nuqtat al-Irtikaz) have been fulfilled.

Seeking Nusrah is a very difficult and extremely dangerous matter, as it requires unprecedented braveness and boldness, perseverance and extraordinary methods, and requires patience, endurance, and good judgment…]

4- We have issued a clarification of these matters in an answer to question similar to your question and the answer we issued on 20/09/2011 it says:

* The word Awareness “Al Waie” is derived from “Waie” which linguistically as mentioned in Lisan Al Arab: (is to learn something by heart. For instance, he comprehended the thing and speech very well: i.e. remembered, understood and accepted it, and therefore he is a conscious and vigilant person. Similarly, this person is more conscious than that one i.e. is more capable of memorizing and understanding the things, and it was narrated in one Hadith: May Allah make the one, who heard my statement and committed it to memory, to flourish. Many a message bearer is more conscious than hearer).

* Public (general) “Al-A’am”, this awareness is all-inclusive of the most prominent aspect of the issue.As for how to have a public awareness on the Khilafah it is not to have a partial knowledge of the wording Khilafah; but also, some of the prominent rulings within that it is an obligation, the Khalifah has to be one and the Bai’ah has to be made through consent and choice … as well as some prominent powers endowed with the Khalifah such as the care of internal and external affairs of the Islamic State … We say here “some” because the public awareness does not mean knowing all the details but some brief knowledge is enough so that the person gets awareness of the Khilafah … and like this are the other matters.

– Public awareness has actually been achieved in parts of the da’wah field of activity (Majaal), and as is well-known, if it is realized in one of the fields, the stages of work will proceed together in other areas to catch up with the parts that have been realized … until it is achieved in all aspects of the Ummah, with the permission of Allah.

The realization of public awareness somewhere, does not mean that it is not shaken or disturbed by local and international forces, nor does it mean that those forces cannot spread misinformation and falsehoods…

As you can see in the previous answer, what you mentioned and what “the excellent” brother mentioned is correct and there is no contradiction between you, because:

– As for you, you are talking about a public opinion that emanates from a public awareness that causes the Hizb to seek help from the people of strength and protection, and this is undoubtedly the case…

I hope this clarification will suffice.