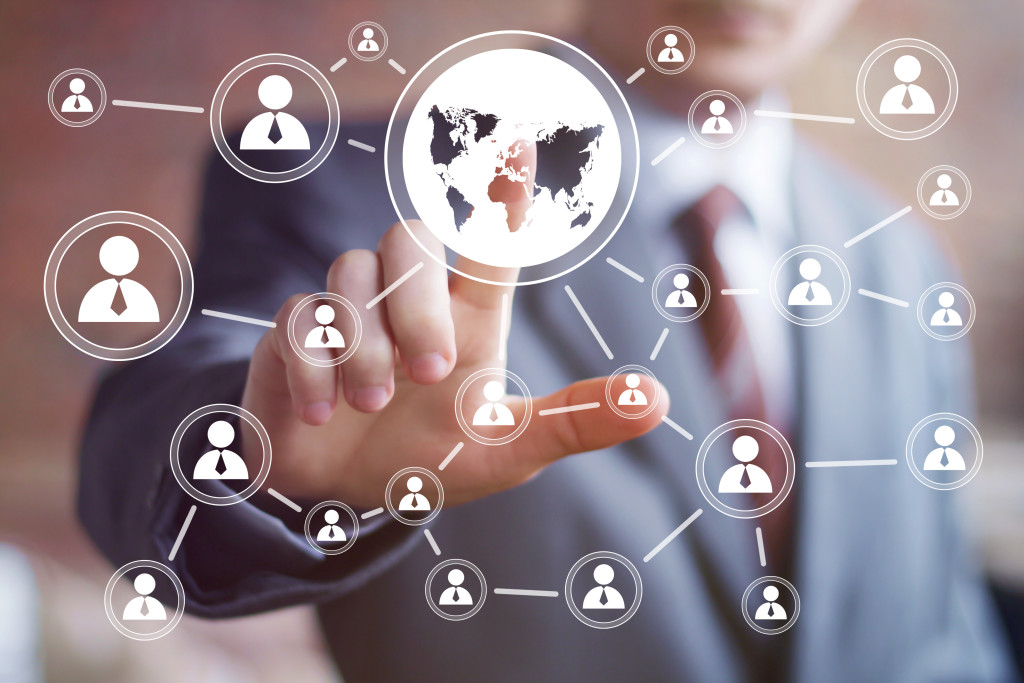 Assalamu Alaikum, I would like to ask about Network Marketing,

A friend sent me an invitation for a new job opportunity that would give me an extra salary, which was to work through the Internet. I attended introductory meetings on the Zoom application, a summary of which was the introduction to the work, a statement of our need for additional income in light of the circumstances in which we live, especially under the Corona pandemic, and the fact that all transactions have become remote and electronic.

The work is with Genesis Cosmetics and Medical Company, so that every person has an online store or an electronic wallet, he must buy a package of products whose price ranges between one thousand and two thousand dollars at the very least, paid for through a bank and then the person receives the package in his home. The method of work is not selling or promoting the package that have become my property or sell it via the Internet, as they consider this traditional method, but the work involves inviting other people to engage and participate in the work and form a team and convince them of the opportunity and dialogue with the largest number of family, relatives and colleagues through communication sites and involving them in meetings on the Zoom app and meeting people who are old in this field, holders of ranks and made a lot of profits…

The profit is through the commissions that you earn on each new subscriber who takes the first step, which is to buy the package, which mostly remains for personal use. The more you involve others and the longer the chain, the higher the commissions…

Likewise, those you invited will invite other people and they will receive commissions, and you will also get for every new person an additional commission, and so on; the commission is estimated at $35…

Likewise, as the team increases, I receive new privileges, commissions and points, with an increase in dividends, which reach 4,000 dollars within two months, according to the inviter’s description.

I have suspicion about the matter and doubt its legitimacy, as my first question was what is the position of Sharia regarding this work and what the scholars and sheikhs think about it. I hope for enlightenment and benefit, and I apologize for prolonging the question.

I ask you to advise me on this matter as soon as possible, Jazaka Allahu Khair.
Ammar Abu Owais

Assalamu Alaikum… e-commerce has recently spread, especially network marketing, and opinions are divided about its permissibility and its prohibition. My question is what is the ruling on network marketing … I will clarify the company’s work so that the picture becomes clearer … Firstly, the company asks those who want to join the business to pay a certain amount of money to obtain a site in the network as an ID name as if it is his, as an agency permit. This ID costs the company and for this it takes money from its client … and after joining, the work begins as follows, which is divided into two parts. First, the agent begins marketing and selling the product, which is known and real, without fraud, and achieves the objective and intention, in exchange for a relative commission that the company gives to the agent as a result of selling this product, knowing that the agent transfers the buyer’s information to the company, and the company transfers the product to him and gives its agent his percentage without the agent owning the product, in the sense that he is a marketer and not a seller. This is on the one hand …and the second and most important one is that the agent promotes the company and brings other customers who branch right and left under him so that for every customer he brings he gets 500 points, if he can achieve right and left balance by selling products and bringing people. For example, if he achieves the right and left balance,1000 points to the right and 1000 points to the left, the agent moves up a grade in the company to get a fixed commission as a fixed income for him, and the more points achieved to the right and to the left, the first agent will be promoted in his grade and commission … and the others do the same work to be promoted as well … Is this work involving deception, gambling, or is it included under royalty?

Please clarify the Islamic ruling on that. Jazaka Allahu Khair.

Your two questions are similar, and we have previously received similar questions about network marketing, and we have already answered them on 13/10/2007, 8/3/2009, and 19/8/2015, and I will quote for you from these answers what is sufficient:

* Contracts in Islam are clear, easy and not complicated, the similarity between them is that the transaction should be known in terms of its reality and the point of the contract, then the knowledge of the texts related to it, studying it, and deriving the ruling with correct Ijtihad.

** The type of companies mentioned in your question deal with this network of marketing for several products, these companies require from those who market its products to buy something from these products, as in the first question, or pay them a certain amount “as if he takes an agency permit” as in the second question, in order to give him the right to bring customers to it, in return for a commission, “i.e which makes him a broker for the company who brings buyers and takes commission for that.” It does not give him a commission until he brings a number of buyers, i.e. according to the program prepared by the company for this purpose. In other words, the first buyer or payer of the first sum takes a commission for those who he brought, as well as a lower commission than those brought by others, and the marketing “brokering” continues in such a sequence, i.e. in the form of a chain of brokerage or a marketing network.

*** This type of trading business is contrary to Islam, and here is the explanation:

1.The company requires the marketer to purchase their products to have the right to become its broker, for a commission, i.e. he brings clients and takes commission in return, whether the commission is after he brings six buyers or after bringing two buyers.

«نَهَى رَسُولُ اللهِ ﷺ عَنْ صَفْقَتَيْنِ فِي صَفْقَةٍ وَاحِدَةٍ» “The Messenger of Allah (saw) has forbidden two transactions in one transaction” (Extracted by Ahmad on the authority of Abdul Rahman bin Abdullah bin Masood from his father). It is as if I tell you: If you sell for me, I will hire from you or become your broker or buy from you … etc. It is clear that this is the reality according to the question, selling and brokerage are in one contract, i.e. the obligating of purchasing from the company is a condition for the brokerage, i.e. marketing for a commission for buyers brought for the company.

When the buyer fails to bring buyers, especially those in the last chain of the buyers, he will be entrapped by deception, and loses the high price he paid for the product which is not worth the tenth of the payment! Deception is forbidden in Islam. The Messenger of Allah (saw) said, «الخَدِيعَةُ فِي النَّار» “Deception leads to the fire …” (Extracted by Bukhari on the authority of Ibn Abi Awfa). The Messenger of Allah (saw) said to the man who deceives in sales:

«إِذَا بَايَعْتَ فَقُلْ لاَ خِلاَبَةَ» “If you sell and buy then say no Khilabah” Narrated by Bukhari from Abdullah ibn Umar (ra), and Khilabah is deception. This is the literal text of the hadeeth and it meaning shows that deception is forbidden.

Thus, this transaction is not permitted in Shariah.

In summary, the transaction of the Quest Net company in the manner explained in the questions violates the Shariah, I ask Allah (swt) to help us with His grace and virtues to establish the Khilafah (Caliphate) and to implement the economic system in Islam, which shows the pure and transparent economic transactions that provide a comfortable living and tranquil life to all its citizens and Allah is Mighty and Wise.