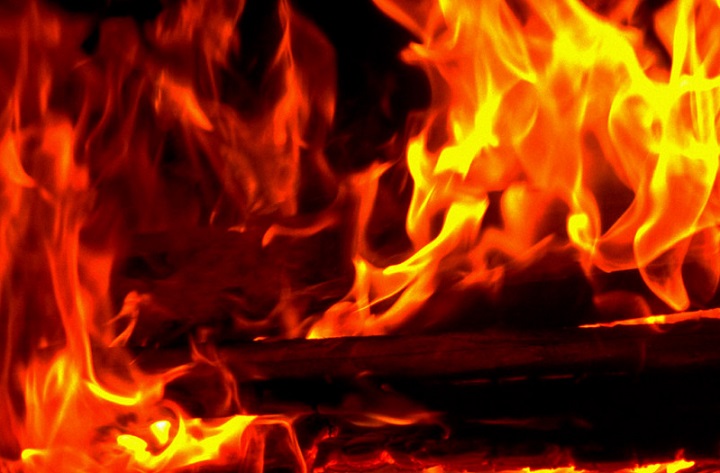 Question: Is a Muslim who commits suicide considered a kaffir who is neither buried nor prayed over his body?

Please help us understand, and may Allah reward you with the good.

Allah bless you dear brother, thank you very much.

With regard to the issue of the person who commits suicide, whether he is considered a kaffir or remains Muslim, the issue is as follows:

First: There is evidence on this subject that the person who commits suicide will be in Hell forever:

1- On the authority Abu Huraira (ra) from the Prophet of Allah that he said:

2- From Al-A’mash from Abi Salih from Abu Huraira from the Messenger of Allah (saw) that he said:

It is clear from these hadiths that the one who kills himself will be in the fire of Hell “forever and ever,” and this is an indication that he will die as a kaffir.

Second: But other evidences have been reported that he dies in the state of Islam, but he will be committing a grave sin, and these evidences include:

1.From Abu Zubair from Jaber…

“When the Prophet (saw) migrated to Medina, Tufail son of Amr also migrated to that place, and there also migrated along with him a man of his tribe. But the climate of Medina did not suit him, and he fell sick. He felt very uneasy. So he took hold of an iron head of an arrow and cut his finger-joints. The blood streamed forth from his hands, till he died. Tufail son of Amr saw him in a dream. His state was good and he saw him with his hands wrapped. He (Tufail) said to him: “What treatment did your Allah accord to you?” He replied, “Allah granted me pardon for my migration to the Prophet (saw).” He (Tufail) again said: “What is this that I see you wrapping up your hands?” He replied: “I was told (by Allah): We would not set right anything of yours which you damaged yourself.” Tufail narrated this (dream) to the Messenger of Allah (saw). Upon this he (saw) prayed: “O Allah I grant pardon even to his hands.” [Extracted by Muslim from Jabir]

“So Tufail emigrated and a man from his people migrated with him, the man fell sick. – he said: He became bored or a word similar So he took hold of an iron head of an arrow and cut his finger-joints and he died. He (Tufail) saw him in a dream. And said to him: “What treatment did your Allah accord to you?” He replied, “Allah granted me pardon for my migration to the Prophet (saw).” He (Tufail) again said: “What is this that I see you wrapping up your hands?” He replied: “I was told (by Allah): We would not set right anything of yours which you damaged yourself.” Tufail narrated this (dream) to the Prophet (saw). Upon this he prayed: “O Allah grant pardon even to his hands.” He (saw) raised his hands. [Al-Hakim narrated it in Al-Mustadrak and said: “This Hadith is authentic according to the conditions of the two sheikhs, and they did not extract it”.]

Third: It is clear from these Hadiths that there is a contradiction between them, in the first part the suicide committer dies in a state of kufr (disbelief) and in the second part, he dies as a Muslim committing a great sin by killing himself. Thus, the first part prevents praying over his body or burying him in Muslims’ cemeteries. And the second part, it is prayed over his body and he is buried in Muslims’ cemeteries, i.e., there is an apparent contradiction between these Hadiths, so either some of these Hadiths’ reports are rejected or they are combined, and because the implementation of the two Hadiths is more important than the neglect of one of them, It is necessary to combine them first if possible. Looking at the Hadiths of the two parts, and studying them, it is possible to combine them; that the first hadiths are about the one who commits suicide as a kaffir, denying the rules of Islam known from the Deen by necessity, i.e. the polytheist or one who denies prayer and fasting and the like. Therefore, there is no prayer over his body and will not be buried in the Muslims’ cemeteries. The second category is one who dies in a state of Islam but is disobedient, he is the one committing suicide for another reason, such as being bored with life or due to a bad reality in which he lives, or such reasons, so he dies committing a major sin, the combination of these evidences is as follows:

Whoever commits suicide and has declared his kufr (disbelief) to the people or his denial of any Shariah ruling known from the Deen by necessity in a clear and certain way, he dies on disbelief. And one whose situation was concealed and did not announce his Kufr clearly and specifically and remained on Islam, and he commits suicide, he dies on Islam and is prayed over him and is buried in Muslim cemeteries…

Fourth: Therefore, the answer to your question about the suicide is according to what we mentioned in the “Third” part. If the suicide committer did not clearly and definitively declare his kufr, then he is disobedient and committing a great sin, but he dies upon Islam, is prayed over his body and is buried in the Muslims’ cemeteries.

This is what I see most likely (overweighed) on the issue, Allah (swt) Knows Best and is Most Wise.

Fifth: Note, that many of the Muslim jurists considered the one who commits suicide in a hidden state who did not declare his kufr before or at the time of his suicide, a Muslim who is prayed over his body and buried in Muslim cemeteries, and among these are:

[The issue: He said: (No imam prays on the Ghal “concealer” of the spoil, nor on the one who kills himself) Ghall: is the one who conceals his spoils or some of them, to take it for himself exclusively. The imam does not pray over his body, nor over anyone who kills himself deliberately. And the rest of the people pray over his body. This is the text in Ahmad… Jaber bin Samura narrated that:

“A man went to the Prophet (saw) and informed him that a man had died.He (saw) asked: Who told you? He replied: I myself saw that he had killed himself with arrowheads. He asked: Have you seen him? He replied: Yes. He then said: Then I shall not pray over him.

It was narrated that he (saw) has ordered to pray over the body of the one who murdered himself, and the Prophet (saw)was the Imam, therefore this rule is for all those in this position. It is not imperative to leave the prayer over others that the Prophet(saw) did not perform; The Prophet (saw) at the start of Islam did not pray on one who had debts with no one to fulfill, and instructed others to pray over his body … narrated by Abu Hurayrah:

“that the Prophet (saw)was brought the deceased man with debts (to pray over), he (saw) says: Did he leave fulfillment of the debt? If he did, the Prophet will pray over him, otherwise he will say to the Muslims: Pray over the body of your companion. When Allah opened for the Prophet (saw), he (saw) said: I am the caretaker of the believers, if one of the believers dies, and have left a debt behind, I will repay his debt, and one who leaves inheritance behind it is for the inheritors” Al-Tirmidhi said: This is a saheeh Hadith”

[His saying: the Prophet (saw) was brought a man who killed himself with wide arrowhead (masaqis: singular is mishqas) this is an evidence for the one who says: you do not pray over the body of the one who killed himself for his disobedience, which is the madhab of Omar bin Abdul Aziz and Al-Ouza’i, and it is said it is also of Al-Hasan, Nakha’i, Qatada, Malik, Abu Hanifa, Shafi’i and the majority of scholars: that he is prayed over him and answered to this Hadith: that the Prophet(saw) did not pray over his body himself as a deterrent to people not to do the same and the companions prayed over him, in the same way as the Prophet (saw) did not pray in the beginning over the one who is in debt as a deterrent for them for leniency in borrowing and the neglect for fulfilling it, and ordered his companions to pray over his body, he (saw) said, pray over the body of your companion]