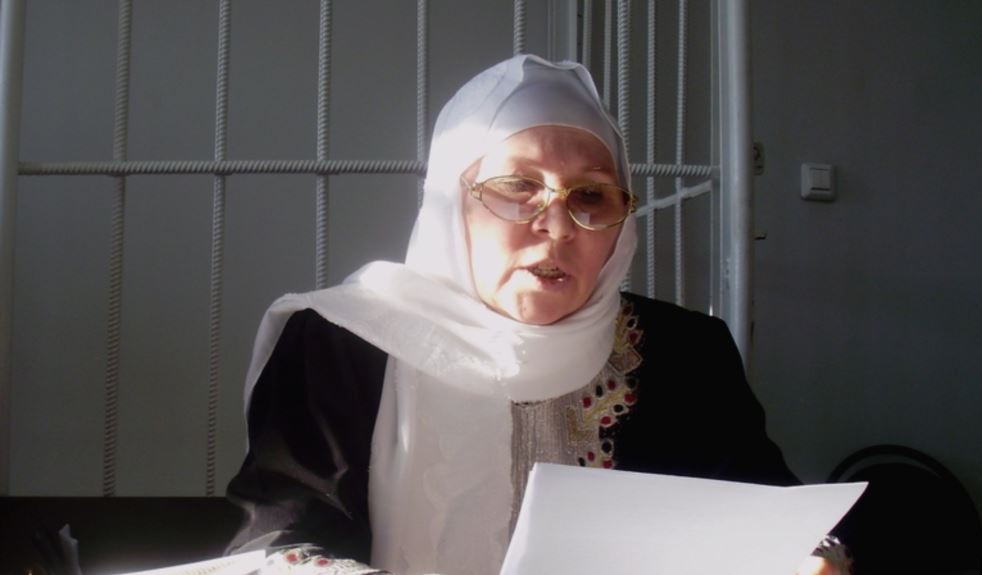 The famous Tatar writer, the leader of the Tatar national movement, Fauziya Bayramova, was summoned to the prosecutor’s office. She announced this on her Facebook page. Fauziya Bayramova writes that the consequences of her criticism of Minnikhanov, which she uttered last year at the Memorial Day, which is held annually on October 15, which recalls the soldiers who were killed during the capture of Kazan by the troops of the Russian Tsar Ivan the Terrible, began to manifest themselves, and her speech, which she gave at this event, was sent for verification. The law enforcers found in her words a reason to institute administrative or criminal proceedings against her, and sent them to the prosecutor’s office for verification. Bayramova was called by the deputy prosecutor of Naberezhnye Chelny of Tatarstan and summoned to the prosecutor’s office. However, Bayramova reminded him that because of the quarantine imposed by the Russian authorities, people over 65 should be in self-isolation and at home, after which they told her that she should appear on June 1.

Later, information was received that Fauziya Bayramova had been warned about the inadmissibility of extremist activity. A few days later, on June 5, she was convicted by an administrative court of a fine of 10 thousand rubles for all the same statements.

At the Memorial Day, Fauziya Bayramova said that it’s necessary to “open up the great self-deception to the people” with regards to “sovereignty”, the Tatars “in the face of the whole world” lose “their nation, identity” and “themselves”, that the “colonial administration” rules the Tatars, “we must demand decolonization of Tatarstan.”

It was the expected reaction of the Kremlin repressive machine, which suppresses any actions and even statements against Moscow’s colonial policy towards Muslim peoples and in defense of them from assimilation.

Recall that Fauziya Bayramova is a writer and public figure, founder of the Ittifak Tatar Party of National Independence, a member of the Tatar Public Center, devoted most of her life to the struggle against colonialism and the occupation policy of Moscow against the Tatar Muslims, for preserving their religious and cultural identity from assimilation. For which she was repeatedly convicted: in 2010 and 2014 under Article 282 of the Criminal Code of Russia on charges of “extremist activity”.