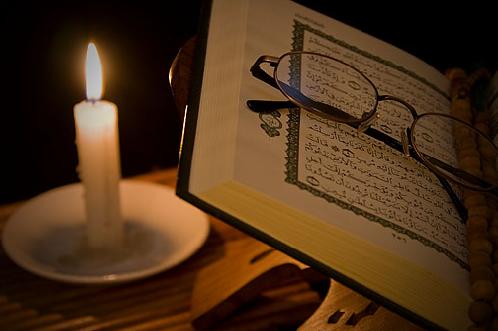 This is an extract from the book “Al Jaami’u li Ahkaam is Siyaam” (A complete guide to the rules of fasting) by Sheikh Abu Iyaas Mahmood bin Abdul-Lateef bin Mahmood (‘Uwaydhah). Please note this is a draft translation from Arabic. If any confusion arises from the translation, then please refer to the original book.

In relation to fasting the first nine days of Dhul Hijjah then Al-‘Amal As-Saalih (the righteous action) of which fasting is included is better in this nine days than Jihaad in the way of Allah except that a Mujaahid expends his body and wealth in it.

Allah سبحانه وتعالى has sworn by the ten nights of Dhul Hijjah in the first four ayaat of Surah Al-Fajr:

“By the Dawn, And ten nights, And the Even and the Odd, And the night when it departs”

The following are a collection of Hadeeth that encourage the increase of good actions in it including As-Sawm:

a) Ibn Abbaas (ra) said that the Messenger of Allah ﷺ said:

“There are no days in which the righteous acts are more beloved to Allah than in these days, meaning the ten (of Dhul Hijjah). They asked: O Messenger of Allah ﷺ, not even Jihaad in His سبحانه وتعالى way? He ﷺ replied: Not even Jihaad in the way of Allah except for the man that goes out with his life and his money and does not return with either of them”.

At-Tirmidhi said that this hadeeth is: Hasan Ghareeb Saheeh.

b) Hunaidah bin Khaalid narrated from his wife from some of the wives of the Prophet ﷺ:

“That the Messenger of Allah use to fast nine from Dhul Hijjah, the day of ‘Aashoorah and three days from every month: The first Monday and the following two Thursdays”.

“There are four actions that the Prophet ﷺ did not leave: the fast of ‘Aashoorah, the ten (days of Dhul Hijjah), three days from every month and two Rak’ah before al-Ghadaa”.

Abu Daawud (2437) narrated: “The Messenger of Allah ﷺ would fast the nine days of Dhul Hijjah, the day of ‘Aashoorah, three days from every month: the first Monday of the month and Thursday”.

In relation to what was narrated from ‘Aa’isha (ra) that: “I did not see the Messenger of Allah ﷺ fasting in the ten (days of Dhul Hijjah) at all” recorded by Muslim (2789), Abu Daawud, An-Nasaa’i, At-Tirmidhi, Ibn Maajah and Ahmad.

Then this reflects the extent of the knowledge of ‘Aa’isha (ra) in this issue. Her statement is negating whereas the other Ahaadeeth are affirming and the affirmation (Ithbaat) is always stronger than the negation (Nafy). The one who saw and knew about a thing has a proof over the one who did not see or know about it and therefore this hadeeth cannot abrogate the Ahaadeeth which affirm the fasting in these ten days.