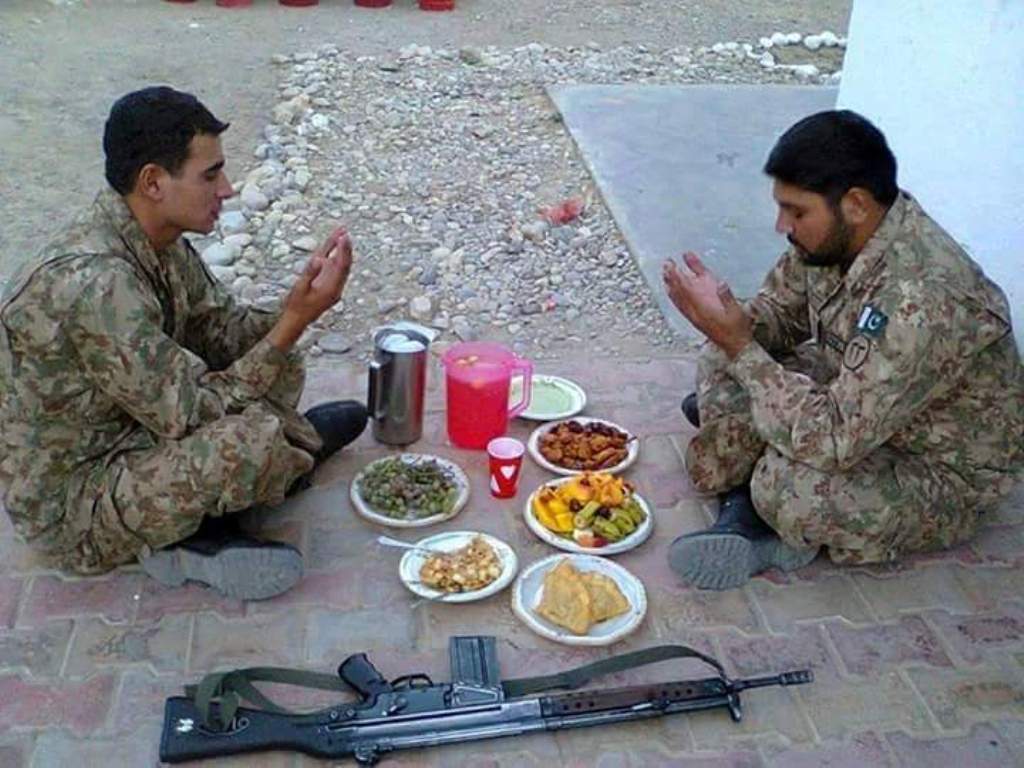 Siyam (صيام Fasting) is likened to a shield, protecting each of us individually from the Fire of Jahannam. RasulAllah ﷺ said, «الصِّيَامُ جُنَّةٌ مِنَ النَّارِ كَجُنَّةِ أَحَدِكُمْ مِنَ الْقِتَالِ» “Fasting is a shield against the Fire just like the shield of anyone of you against fighting.” [Ibn Maajah]. So, in Ramadhan, we establish the Obligation (Fard) of Fasting sincerely, seeking the Reward of Allah (swt), His Forgiveness and His Mercy and averting His Wrath. However, Khilafah (Caliphate) is also likened to a shield, not just for us individually, but for us as an Ummah collectively. RasulAllah ﷺ said, «إِنَّمَا الْإِمَامُ جُنَّةٌ يُقَاتَلُ مِنْ وَرَائِهِ وَيُتَّقَى بِهِ» “Indeed, the Khaleefah is a shield, from behind whom you fight and by whom you are protected.” [Muslim]. Moreover, this Obligation is not just one Hukm Shari’ by itself, but through it, it is the origin of implementing Islam comprehensively, propagating it and protecting it.

Indeed, after the era of RasulAllah ﷺ, the Khilafah was a shield for the Ummah against her enemies. During Ramadhan itself, the Islamic Khilafah State mobilized the armed forces to achieve major victories, whilst facing formidable enemies. In Ramadhan 13 AH, the Khilafah defeated the Persian Empire in the Battle of Buwayb, shaking it to its core and heralding its destruction. In Ramadhan 92 AH, the Khilafah opened Andulusia (Spain), opening Europe for Islamic ruling for centuries. And also in Ramadan 92 AH, Muhammad bin Qasim opened the Indian Subcontinent to Islam, laying the basis for Islam’s dominance over the Hindu mushrikeen for centuries. In Ramadhan 223 AH, the Khilafah opened Amooriyah (Amorium), even though it was the pride of the powerful Roman Empire. In Ramadhan 658 AH, the Khilafah prevailed over the Tartars in the Battle of Ein Jaloot, despite their occupation of large parts of the Islamic country. All these blessings during Ramadhan were because in every era, Muslims were mindful of the Obligation of implementing Islam, propagating it and protecting it.

However, without our shield the Khilafah, our armed forces are withheld from liberating Masjid al-Aqsa from the Jewish state and saving the Muslims of Occupied Kashmir from being martyred, injured and blinded by the Hindu mushrikeen. Moreover, instead of mobilizing our armed forces for our protection, the rulers seek to consolidate the Kuffar’s occupation of our lands, through making concession after concession to them. This Ramadhan, just as the Arab rulers bow before the Jewish State, under the banner of “normalization,” so do Pakistan’s rulers bow before the Hindu State. In a bid to please their masters in Washington, Pakistan’s rulers work day and night to make cultural, economic, military and political compromises with India, pleading before Muslims the need for “restraint.” Indeed, the Bajwa-Imran regime is digging a grave for our security, by practically realizing the Hindu vision of “Akhand Bharat,” (Greater India), just as the Arab rulers lay foundations for “Eretz Israel” (Greater Israel).