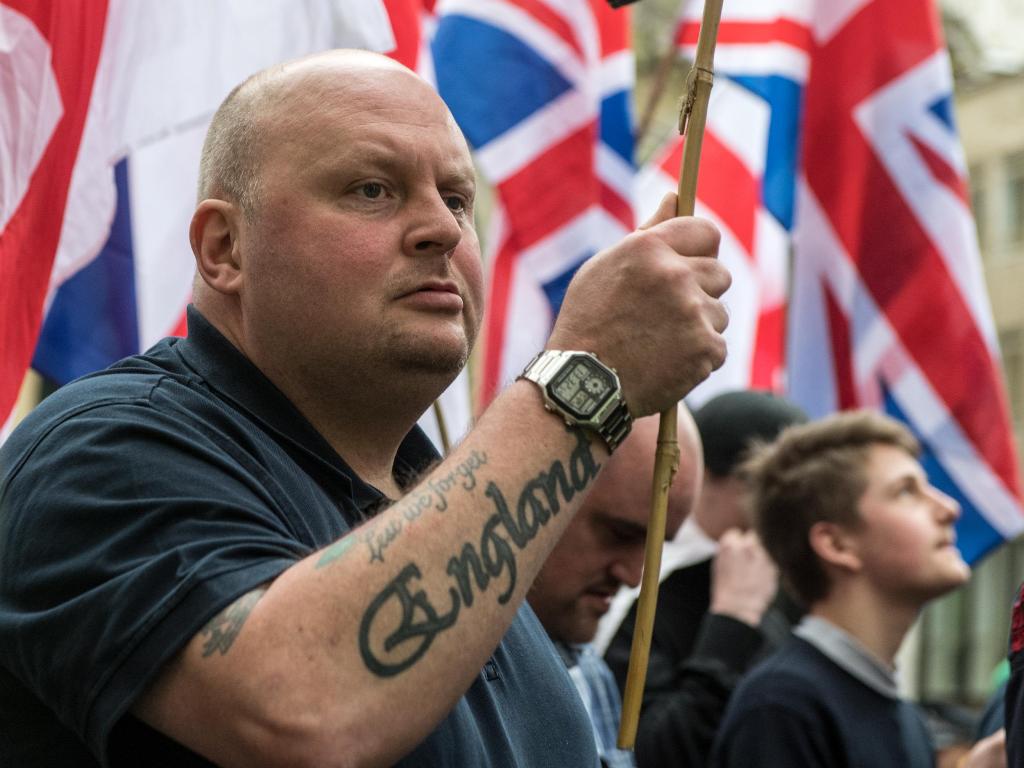 More than 5,000 supporters of a far-right extremist group have joined the Conservative party in recent weeks, attracted by what they describe as Boris Johnson’s negative attitude towards Islam.

About two-thirds of the 7,500 signed-up members of the openly anti-Islam Britain First have joined the Tories since the general election, the group says.

The organisation, whose leaders were jailed last year for hate crimes against Muslims, said the prime minister’s approach towards “radical Islam” had encouraged the majority of its membership to join the party.

Britain First’s spokeswoman, Ashlea Simon, who was among senior figures recently investigated by counter-terrorism police, said: “We will support a party that is willing to take a firm stance against radical Islam and it looks like the Tories are willing to do that.”

Days after his election victory, Johnson dropped a promised inquiry into levels of Islamophobia within the Conservative party and was accused of “rewarding racism” after Zac Goldsmith, who allegedly exploited anti-Muslim prejudices during the 2016 London mayoral campaign, was given a life peerage and kept on as an environment minister despite losing his Commons seat.

Simon said Britain First members wanted to form a movement of far-right activists within the Conservative party that would back Johnson in the same way supporters of Momentum joined Labour to solidify Jeremy Corbyn’s grip on the party.

The mass defection of Britain First supporters confirms the backing of Johnson by far-right figures following his election triumph.

Britain First, which describes itself as a “patriotic political party that will put our own people first”, has protested against the construction or extension of mosques and wants halal meat to be banned. (Source: The Guardian)

Allah (swt) commanded us: إِنَّ هَٰذِهِ أُمَّتُكُمْ أُمَّةً وَاحِدَةً وَأَنَا رَبُّكُمْ فَاعْبُدُونِ “Verily, this brotherhood (Ummah) of yours is a single brotherhood, and I am your Lord and Cherisher: therefore serve Me (and no other)”. [Al-‘Anbiyaa’:92].

Rasulullah ﷺ taught us that tribalism and racism are not from Islam. It was narrated that Jundab bin ‘Abdullah said: “The Messenger of Allah ﷺ said: «مَنْ قَاتَلَ تَحْتَ رَايَةٍ عُمِّيَّةٍ يُقَاتِلُ عَصَبِيَّةً وَيَغْضَبُ لِعَصَبِيَّةٍ فَقِتْلَتُهُ جَاهِلِيَّةٌ» ‘Whoever fights for a cause that is not clear, advocating tribalism, getting angry for the sake of tribalism, then he has died a death of Jahiliyyah.’” So detestable is racism in Islam, and it was considered a quality of the people ignorance over 1,400 years ago.

Strange then, in the second decade of the 21st century, of ‘enlightened’ Britain and Europe, we should find rabid racism and fascism flourishing. The racist-hounds have heard the dog whistle clearly and flocked to the ruling Conservative party. While they fall over themselves to respond to antisemitism, they dismiss, deceive and deny their animus toward Islam and Muslims. It serves them well and they are smug about it. Racism, fascism or the more acceptable term ‘populism’ has its benefits.

At home, it keeps the masses from noticing the misery and suffering of their daily life and deflects from the failures of their government and solutions, such as the living of children in poverty, the growing number of food banks, people living (and dying) on the streets. It is not the government’s fault; it needs to serve the top 2%. It is all the fault of Islam and the Muslims!

In foreign lands, demonising Islam and dehumanising Muslims are old medieval Crusader deceits which mask and ‘justifie’ their colonialist foreign policy, the pillaging of our lands and barbarity against our Ummah. They have destroyed our societies, killed and displaced millions.

Physicians for Social Responsibility, in their March 2015 report, ‘Body Count’ estimated then that, since the West’s ‘War on Terror’, as many as 1,300,000 people have been killed, the real figure maybe as high as 2,000,000 human beings. These numbers exclude the millions killed through sanctions and destruction of basic infrastructure like water treatment and power.

A great majority of these lives were Muslims.

One dreads to think what the actual numbers are today. The numbers are ‘estimates’, because, whilst they keep meticulous records of their invading forces, the West doesn’t appear to care about the lives lost in the on-going Muslim holocaust.

Who is terrorising whom?

Demonising Islam and dehumanising Muslims are also conducive for arms sales to our fake, ‘alternative leaders’. Trump’s fresh extra-judicial assassination illustrates. On 04/01 ‘commondreams.org’ reported that Rep. Ro Khanna (D-Calif.) tweeted “if you are wondering who benefits from endless wars, take a look at how stocks for weapons manufacturers began to rise as soon as Soleimani was killed. ”

Johnson and the miso Islamic conservatives are deliberate and sociopathic in their monumental hypocrisy. The West have indeed surpassed their Crusader ancestors.

Tribalism, racism, fascism and harming of the innocent are not from Islam. Over one thousand four hundred years ago, Allah (swt) forewarned us, about peoples such as these,

“And when it is said to them, Do not make mischief in the land, they say: We are but peace-makers. Unquestionably, they themselves are the mischief makers, but they do not perceive.” [Al-Baqarah:11-12]