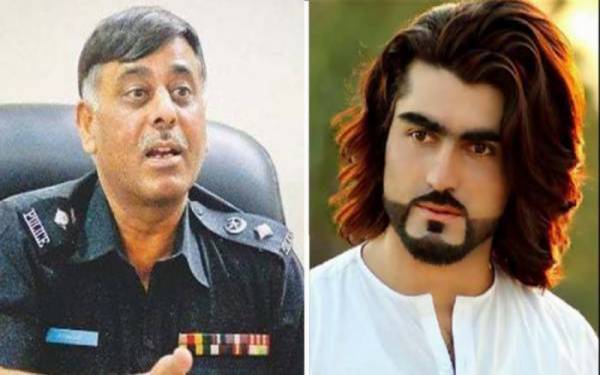 The Supreme Court on Friday, 16th February 2018, issued contempt notice to former Malir, Karachi SSP Rao Anwar as he failed to appear before the apex court despite being granted protective bail in Naqeebullah Mehsud killing case. During the last hearing of a suo motu notice of police shooting that killed the man from Waziristan in Karachi last month, Chief Justice of Pakistan Mian Saqib Nisar had asked Rao Anwar to surrender himself before the apex court on Friday.

Naqeebullah Mehsud, aged 27, who hailed from Makin, South Waziristan, was killed in Karachi on 16th January 2018 in an alleged police encounter. After the incident SSP Malir Rao Anwar claimed that Naqeebullah was a hardened member of the Pakistani Taliban, who had taken part in several operations targeting security personnel. But the police claim was contested by his relatives and friends and his pictures from his Facebook account soon become viral which ignited a very strong social media outcry followed by outrage in the mainstream media. Mehsud tribe held a sit-in with the demand of the arrest of Rao Anwar. Initial police inquiry found Rao Anwar guilty of a fake police encounter and recommended his arrest. After this Rao Anwar disappeared from the scene and so far is still at large despite the suo muto action from the Supreme Court of Pakistan.

Rao Anwar is a known “encounter specialist”. He has more than 700 encounters in last 5 years on his “credit” in which almost 450 people were killed according to police record. When Pakistan’s political and military leadership embraced America’s war on terror which is a war against Islam, Rao Anwar became an instrument of this war which was ruthlessly executed against the Pashtun tribes resisting the American occupation of Afghanistan. The irony is that every organ of the state, legislature (Parliament), Executive (government, bureaucracy, police, military, civil and military intelligence) and the Judiciary, were all very well aware about what Rao Anwar and others like him were up to and that he was using the pretext of “fighting terrorism” to justify his killing spree and cover up for his corrupt practices. Yet none of the institutions acted to stop Rao Anwar. This elite consensus on executing the War on Terror exposes the fallacy of the democratic system which claims that the trichotomy of power or the division of power in different state institutions ensures accountability of the rulers and acts as a check against state excesses.

The idea of trichotomy or division of power acting as a check against rulers and their excesses is actually a flawed idea because a consensus between the elites and their capture of different organs of the state means that power and privilege remains within a small coterie of ruling class which uses this power to enrich itself whereas the masses are left without their rights facing the oppression of the elites who look after each other’s backs as is evident from Rao Anwar’s case.

In the ruling system of Islam, the Khilafah, there is no need of division of power as the Khaleefah, Judiciary, Majlis-i-Ummah and the military as well as other institutions of the state are bound by Islam as only Quran and Sunnah are the law of the land. So even if every organ of the state unites to usurp the rights of the people they can’t do it as they can’t make laws or policies other than Islam. In the Khilafah state there is a special Qazi (judge) known as Qazi Mazalim who hears complaints against the Khaleefah and any other ruler or government employee and has the authority to remove even the Khaleefah if it becomes necessary. That is why we see that even the worst of the Khulafah feared Qazis and always based their actions on Fatawa to derive legitimacy from Islam.  Hizb ut Tahrir has adopted in Article 90 for the constitution of the coming Khilafah State, “The Court of Injustice Acts (Madhalim) has the right to remove any ruler or civil servant in the State, in the same way that it has the right to remove the Khalifah, if the elimination of the Madhlamah required this removal.” Hence any oppression by any of the state employees or rulers is institutionally identified and removed thus protecting the masses from the excesses of the state and the rulers.