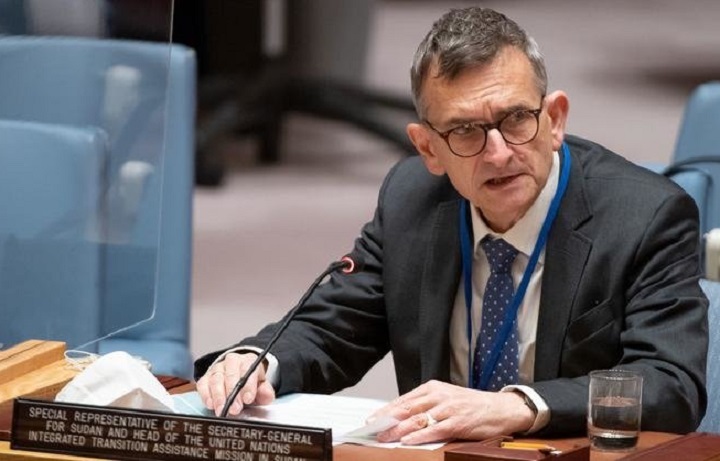 On Friday, 03/06/2022, the Security Council adopted Resolution No. 2636, extending the mandate of the United Nations Integrated Mission to Support the Transitional Phase in Sudan (UNITAMS) for a period of one year until 06/03/2023, unanimously by the members of the Security Council.

The extension of the UNITAMES mission means another year of the explicit custodianship of the colonial states over the country, and that the extension of UNITAMS and supplementing it with the regional tools of the colonial Kafir; the African Union, the IGAD, and under the banner of the tripartite mechanism to reformulate the country on the basis of Kufr, and to break the conflict between the two tools of international colonialism; the military supported by modern colonialism; America, and among the secular civilians associated with the old colonialism; Britain, all of this is rejected by Hizb ut Tahrir, and by the people of Sudan.

We in Hizb ut Tahrir / Wilayah Sudan, and in the face of this extension affirm the following facts, and quoting from the Draft Constitution of the Khilafah State:

First: Islam forbids the unbelievers to have a way over the believers, and the UNITAMS’ mission undertakes the work of looking after the affairs, and therefore it has authority over the Muslims in Sudan, and that is forbidden according to the Shariah, as the Almighty says:

“Allah will never grant the disbelievers a way over the believers.” [TMQ An-Nisa: 141].

Second: Organizations that are not based on Islam, or that implement rulings other than those of Islam, the state must not participate in, for example international organizations such as the United Nations, the International Court of Justice, the International Monetary Fund, and the World Bank. And regional organizations such as the Arab League, the African Union, the IGAD and others, because the basis on which these organizations were established is forbidden by Sharia, because they are based on the capitalist foundation that is based on secularism; i.e. doctrine of separating religion from life, in addition to being a tool in the hands of major countries, especially America.

Third: It is not permissible for any individual, party, bloc, or group to have any relationship with any foreign country at all. The relationship with states is confined to the state alone, because it alone has the right to take care of the affairs of the nation in practice. And the nation and the blocs must hold the state accountable for this external relationship, because of his (saw) saying:

“The imam is a shepherd and he is responsible for his flock.” [Narrated by al-Bukhari]. The Shari’ah gave the ruler the practical way to take care of the affairs, obligatory care by him alone, and it is not permissible for anyone else to undertake it.

In conclusion, these functional national states, which were established by the Kafir colonizing in Muslim countries, and this puppet political center, will not advance our Ummah, nor will they restore its honor and dignity. Rather, the one who does this is the Khilafah Rashidah (rightly-guided Caliphate) state upon the method of the Prophethood that will cut off the Kuffar, uproot their influence, establish justice, and take care of the Ummah’s affairs by the rulings of the Lord of the worlds, so that people are assured of a decent life in this world, and they will obtain Allah’s approval in the Hereafter.

“And on that day the believers will rejoice * at the victory willed by Allah. He gives victory to whoever He wills. For He is the Almighty, Most Merciful.” [TMQ Ar-Rum 4-5]