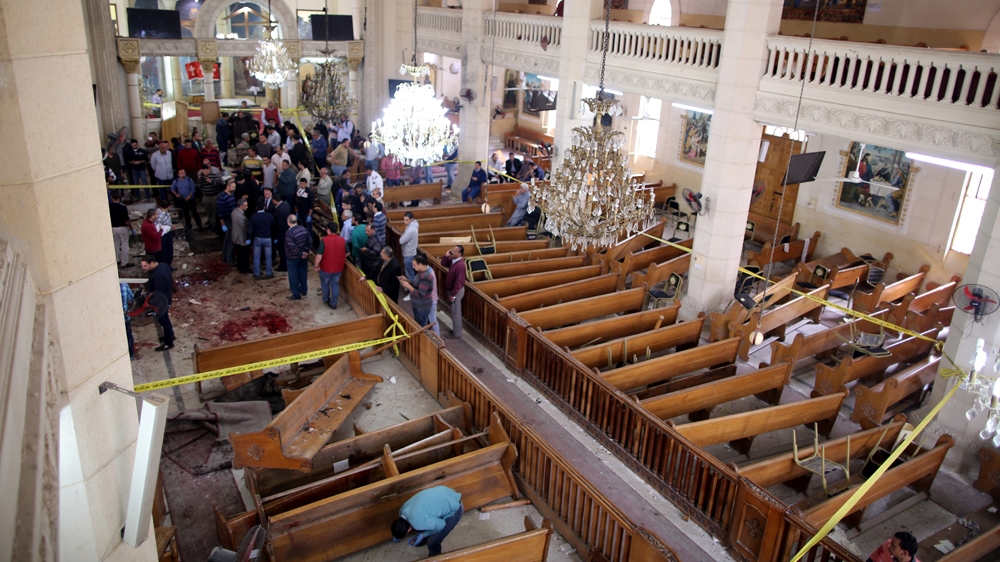 At least 29 people have been killed in a blast inside the Coptic Church of Marjeres in the Egyptian city of Tanta. A second blast later at a church in Alexandria killed 18 more.

Islam orders the good treatment of dhimmi (non-Muslim citizens of an Islamic State) and prescribes severe punishment for those who harm them.

“Whoever is adamant upon Judaism or Christianity will not be tormented for it.” (Abu Ubayd, Kitab al-Amwal)

“Whoever killed a Mu’ahid (people with whom the State has treaties) shall not smell the fragrance of Paradise though its fragrance can be smelt at a distance of forty years (of traveling).” (Sahih al-Bukhari 6914)

Some may question whether the Copts in Egypt today are still considered dhimmi. Sheikh Dr. Muhammad Khayr Haykal answers this question in his book ‘Al-Jihad wa’l Qital fi as-Siyasa ash-Shar’iyya’:

If we look to the history of the Copts in Egypt when they lived under the Khilafah we can see these Sharia rules being implemented in practice. While there were times during the Khilafah when dhimmi did suffer some persecution at the hands of tyrant rulers we cannot generalise and paint the entire 1300-year history as one of persecuting non-Muslims. The fact that Coptic Christians and their places of worship exist today is proof enough that the Khilafah did not adopt a policy of religious cleansing like Europe did.

Thomas Arnold elaborates on this point:

“But of any organised attempt to force the acceptance of Islam on the non-Muslim population, or of any systematic persecution intended to stamp out the Christian religion, we hear nothing. Had the Caliphs chosen to adopt either course of action, they might have swept away Christianity as easily as Ferdinand and Isabella drove Islam out of Spain, or Louis XIV made Protestantism penal in France, or the Jews were kept out of England for 350 years.” [Thomas W. Arnold, ‘The Preaching of Islam,’ p. 72]

Peace will only return to the Middle East for all people Muslim and non-Muslim when the colonialist powers and their ideologies are expelled and replaced with a unified Islamic State implementing sharia.