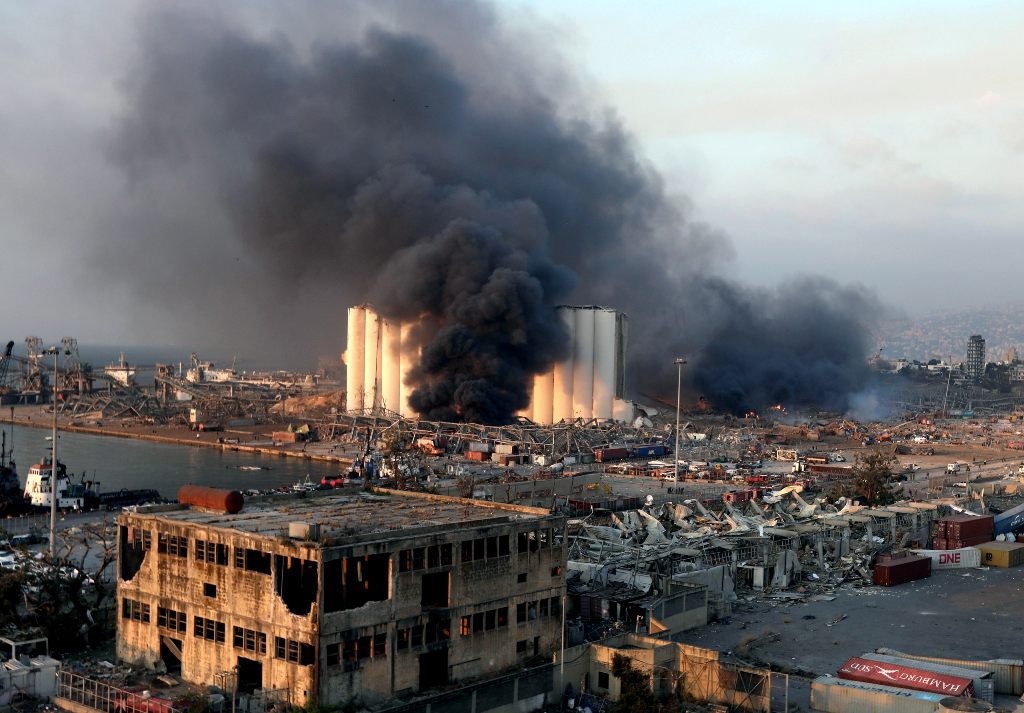 A large blast in the Lebanese capital, Beirut, has killed at least 70 people and injured more than 4,000 others, the health minister says.

Videos show smoke billowing from a fire, then a mushroom cloud following the blast at the city’s port.

Officials are blaming highly explosive materials stored in a warehouse for six years.

The shocking images of two explosions in Beirut shared on social media will be etched in the minds of those who have seen them. The intensity of the chemicals and the effect on nearby homes and infrastructure is truly unimaginable. As yet, the real causes cannot be confirmed. Recently reports of involvement from the Zionist Entity have come out. Over time events will be clearer.

Regardless of who or what lit the spark that led to this huge intensity explosion we can see that all chemical explosions give an initial dramatic shock to by-standers and leave long term effects on the health of the locals and the environment. Chernobyl, Bopal, China…there are memories of past events that will never leave those affected even till today. The landscape of the areas where the explosions or leaks happened is changed for many generations to come.

Where factories are producing chemicals for the agricultural, weapons or other uses there is always the potential for accidents. Nations need industrial activities.

The problem here is that the factory was located in an area of close proximity to the urban population. As with previous chemical disasters in other countries mentioned and aside from these ones, the saddest part of these events is that the lives of people are not a concern.

Factories of such a nature should set up and conduct their work in remote areas. The management of urban settings cannot be left to chance. There is always a danger that they can be targeted by waring nations as well as unintentional accidental events.

Governments have a responsibility to supervise and monitor industrial activities. In the current system, privately run factories can evade laws and regulations. Workers can be mistreated and health and safety compromised. The focus is on making money and not the effects of the activity on nearby population. In some cases, leaks go on for years and health effects are noted and seen but nothing is done.

Islam has a comprehensive economic system that ensures economic activity is generated and heavy industry falls under the responsibility of the department of industry. It is not acceptable for chemical factories to operate on their own basis, unregulated and a threat to the lives of the population. Industry is meant to serve the nation in a positive way.

Primarily in the past and this situation the failure is with the government who has not and will never manage the affairs of the people correctly in the first place since the system it abides by lacks true concern for the people.